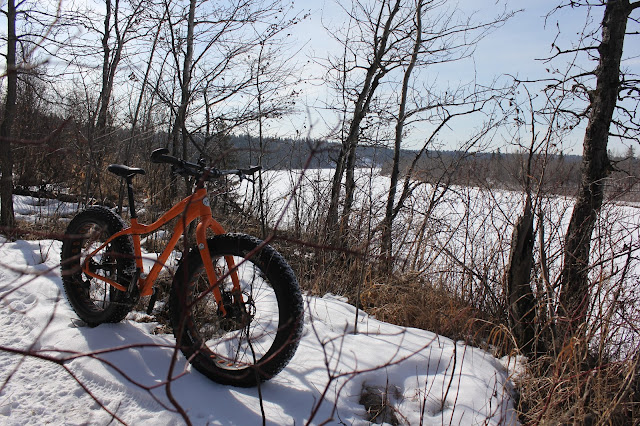 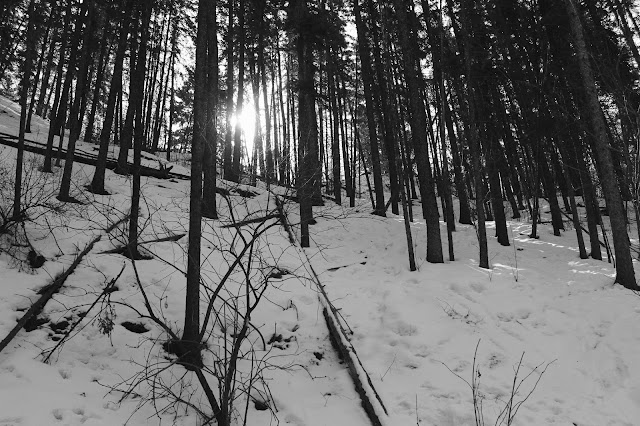 Sadly a day with high intentions had come to a grinding halt as my legs wanted absolutely nothing to do with pushing a bike around the river valley today.  The legs felt like two bags of flour wetted down  heavily with eggnog.

The plan was to ride from Kinseman to Hawerlak, cross the river and Laurier it back through Mackinnon the Groat Road Rollercoaster and back through my renewed romance with my lady Victoria.

I made it to Hawerlak and decided I wanted out. The legs were giving me one hundred percent nothing. So I went up the lamest multi use in the area and climbed out next to End of the World and made Six Shooter my destination. 'At least a little bit of singletrack will make this somewhat decent' I thought to myself.

I entered Six Shooter and the small iced up areas had me throw the towel in quickly. It was all rideable but I was having none of that today. I exited and rode back with my tail tucked.

In the end. lame as hell but still better than couch time.