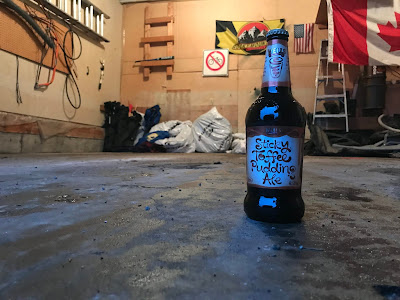 Beer Friday brought you you on a Sunday night. Not a great beer drinking night for most as you are getting ready for another week of work as that dreaded Monday looms around the bend. I still have a few days so with the NFL in full swing lets review some beer while the Sunday Night game roars in the background.

Is there anything better than September and October when the weather is cooler and football (either NFL or CFL) is on in the house? A cool crisp feeling in the air, the riding is the best it could be and you are relaxing with a nice craft beer and watching football. Or hell, even playoff baseball is pretty great. There really is something about this time of year that the rest of the months cannot even come close to comparing to.

Well's and Young's brewery was formed in two thousand and six when Charles Wells brewing and Youngs merged. Located in Bedford England, the home of the Bedford Town Football Club who are proud winners of the North Bedfordshire Charity Cup. Circa 1911.

Way to go boys! We at Lonebiker headquarters are damn proud of you!

We poured this dandy looking brew into our favourite tester mug and it gave us a dark lusty beer with a one and a half fingered head that looked into our eyes and said "bring it on bitches." The smell at first was a bit off putting if your not ready for it. Toffee and pudding for the obvious nose notes with some chocolate on the side. It tasted of... you guessed it! Toffee and pudding! It is though quite bitter which was a disappointment. It was hard to get away from the bitterness which was there every sip and took away from the toffee and pudding. 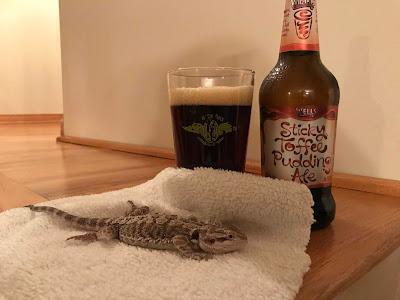