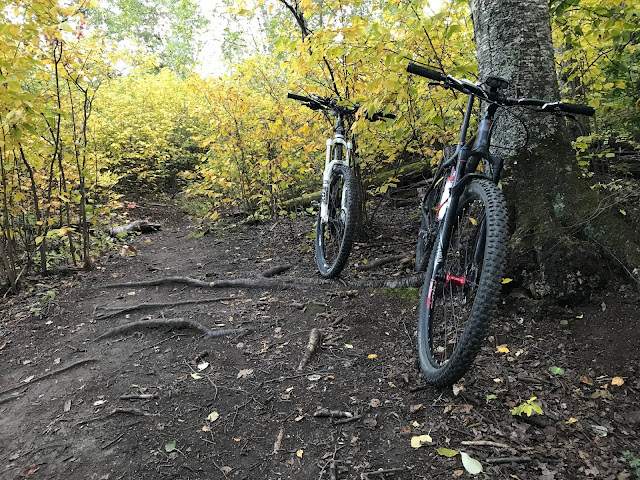 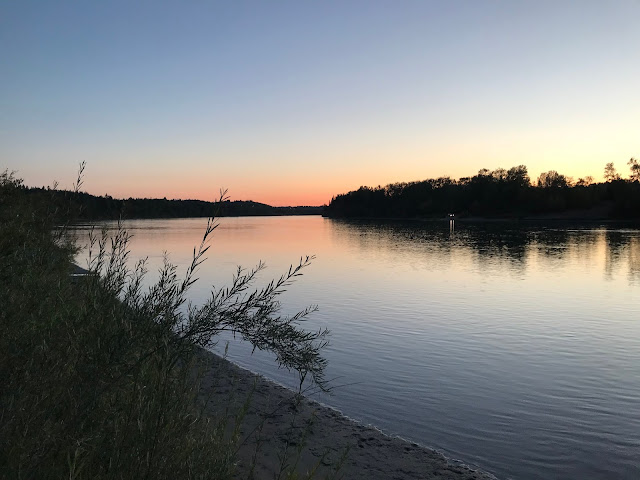 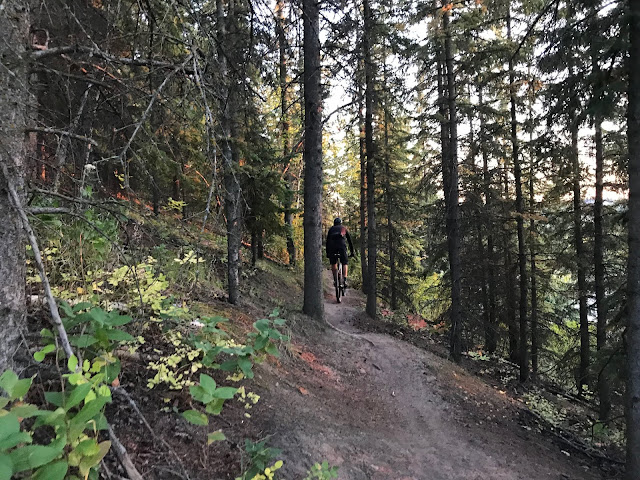 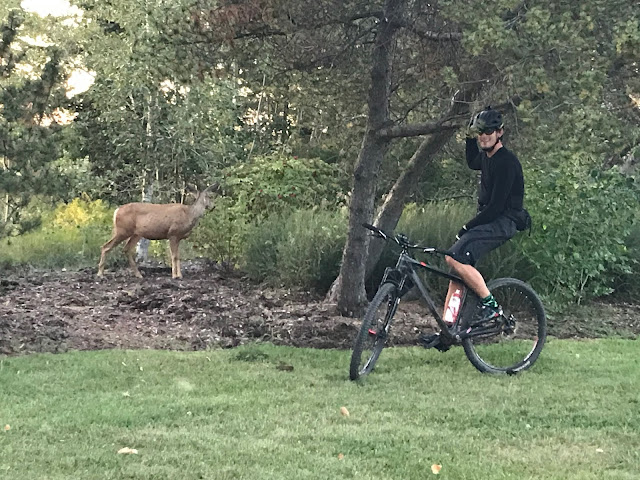 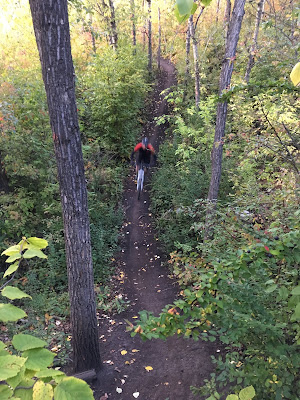 The first ride into the dark of the season spent with the likeness of mr Steeves.. Armed with the Altitude and a singlespeed we set out and descended Fireman's hill where slick looking trails had me a bit ass puckered.

The ride properly left Terwillegar once we were in it and we took the back route of the Oleskiw trails. A trail I never bothered to ride but found it to be quite good. Not a lot of features, just singletrack along the trees and fields. My new found passion for the trail was quashed when Kent remarked on how boring the trail was once we were off it.

I of course did the cool thing and agreed whole heartily one hundred percent. I even spit a couple times at the ground to prove my dissatisfaction with it.

All in all... First ride on a trail that I thought was a dead end. I was surprised that it actually had a purpose.

We went on through Patricia and Laurier. The climb out was done and Mackinnon's fine trails were taken on again. The roots had me at hello and the full suspension Rocky ate them up like a pothead eating a Little Ceasers pizza.

We returned home on Six Shooter and Machete and I cannot sadly remember the last time I went west on those. The awesome was all there and a deer met me at the top of  Six Shooter with absolute no cares in the world to our presence. We rode on and found a refurbished trail that was absolutely incredible. More will come on this but immediately top 5 on the trails list.

The dark caught up and Flat Pete was ridden in the blackness. Kent's 2500 lumen lamp led the way and I kept thinking a UFO or freight train had entered the trails ahead of me. I remembered it was Kent and was relieved immensely. 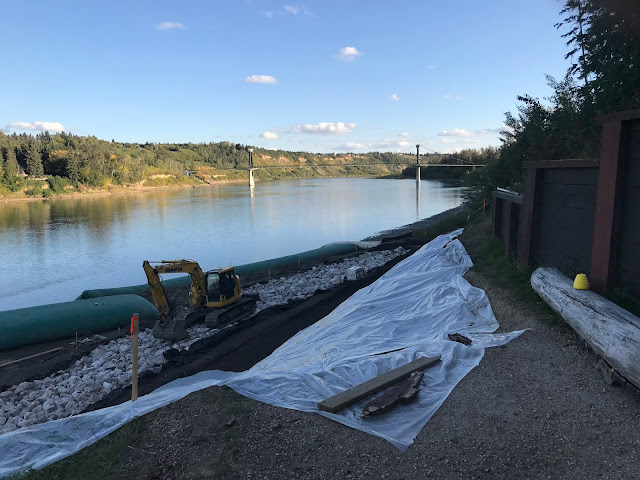 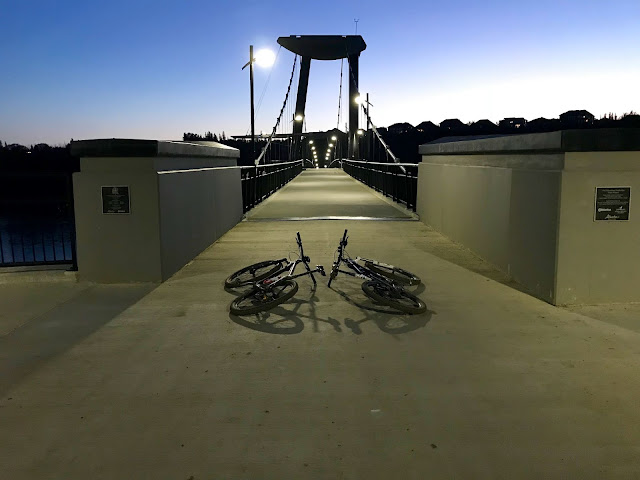