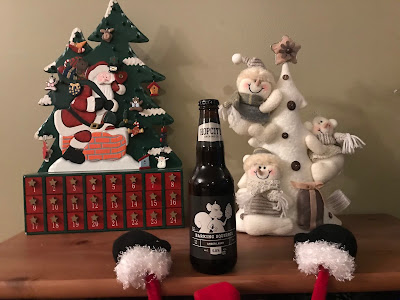 Well it’s Christmas week kids and that red old fat bastard is getting ready to hop in his sleigh and travel around the world and hand out treats too all the kids who have been quite the most terrific little shitheads all year. Imagine the joy this Christmas morning at Lonebiker headquarters when old grumpy Lonebiker himself opens up that new anti chaffing cream for those long hot pesky days at work. It's gonna be all nothing but win win kids.

Brampton Ontario you say? Say no more. Home of Hop City brewery which opened in two thousand and nine. Brampton, which is a part of Toronto's overwhelming grasp sits nice and tucked in close to Toronto. Much akin to Beaumont vs Edmonton. The brewery which is run by a couple of fine dudes has five beers always available including ours tonight. The Barking Squirrel which is a red amber didn't attract much attention from the interns when we started. Maybe the pour will wake them up.

We poured and a red liquid filled the beer tester stein much to the delight of the once aloof interns. The two and three quartered head stood proud but eventually was reduced to a quarter finger. The first  sip? A nice blend of white toffee, and caramel. The low-medium carbonation made the rest of this one go down just fine. Only complaints? Honestly can't find anything notable. This one would be in my regular lineup if they were affordable and easily available. 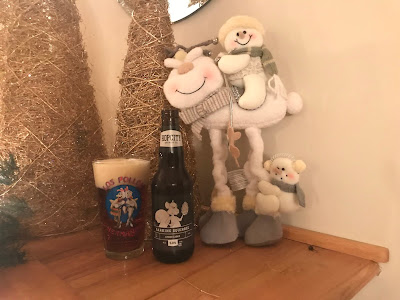