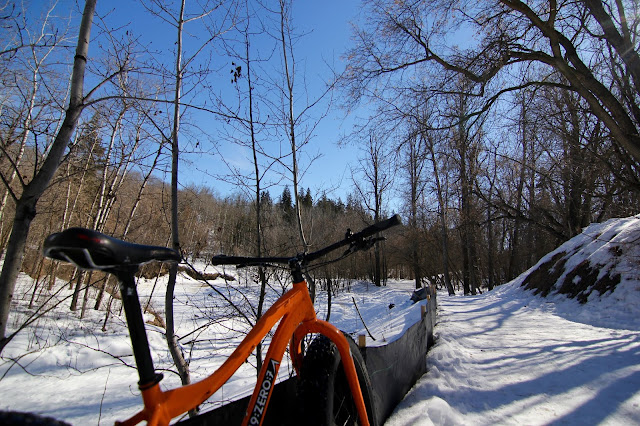 A Mill Creek themed ride that ended earlier than planned due to the warm weather.

The ride from the old school parking lot and up through Blue Man and into Old Timers with plans on staying alongside the mighty river until Andre's or something further came up. It was the warm snow that ended it. Sinking into the trail at times with my fat tires was enough for me. To think I was following a guy riding a regular bike in the warm snow and he was struggling. Yes, his tracks did fuck me up a little but I don't judge. That was literally me about nine years ago.

N ot a lot to get excited about other than just riding a bike. Missed out the last few days due to family commitments and such.. 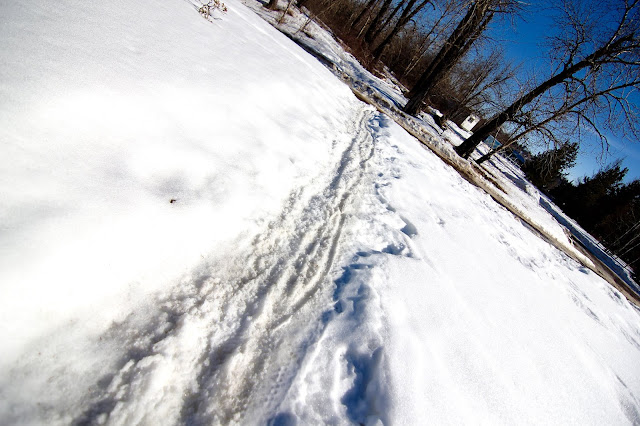