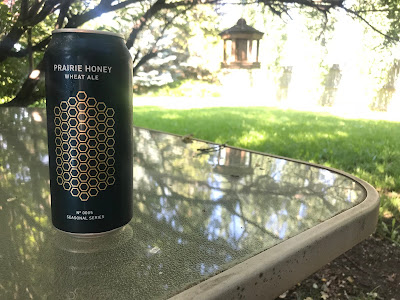 Back again on a Beer Friday done properly on a Monday cause I can thats why!

Sorry to come off angry to start this. I mean I could have gone with all written caps to show just how fired up I am but I didn't. All caps guy is too much for a lot of people. Especially office email all caps guy. He (or she) nah.... Its more annoying if your a guy that does this.

Is this the nicest day of the year? It sure feels like it kids. A fine day spent touring around with Lonebiker Jr one & two in a topless Jeep taking in the sites and sounds of Edmonton's amazing downtown and surrounding countryside. That's right. Even the usual Edmonton riff faff seemed to be in fine spirits as they pushed their heavily packed shopping carts down 109 st towards their tents in the river valley.

As far as the leg issue goes I am cleared to work. Some amazing news after six weeks of pure frustration. The plan is to go back, work my week and then start slowly riding. I would have been leaving tonight for Fort Macmurray but that job is coming to a close so it will be local work for a while which could not have been more perfect.

Moosehead brewing. Located in Saint John, New Brunswick started up shop in 1867 and is still privately owned. Quite the unreal story but they stayed around and fought the big breweries, prohibition, world wars...

The pour for this one was done in the enclosed Lonebiker beer review studios. The large crowd that showed up exploded into a violent cheer when Andre the head pourer showed up and the opening ceremonies started. It poured a huge three and a half (fat guy) fingered head and looked very drinkable on a very hot and sticky Canadian Monday night.

First sip was nothing but relief from the heat. So was the second and third. Once we started sipping for the review we found a nice and easy drinking honey wheat ale. Tastes of golden showers all over my mouth was nothing but... Hold On!

This one tastes of honey and well... Not a lot else to say here. The honey is nice, don't get me wrong but asides from the honey it's hard to detect notes of anything else. If you really want to know of anything else as I feel like you, the readers are holding a sharpened sickle to my head. I'll just give the bullshit answer every beer reviewer uses from time to time.

This one has bready malts. 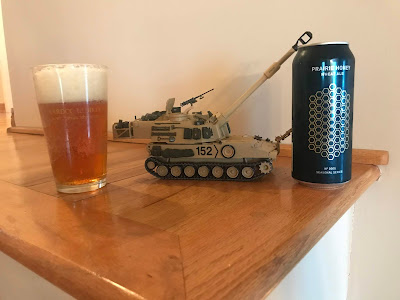