Ending a Fine Off Week 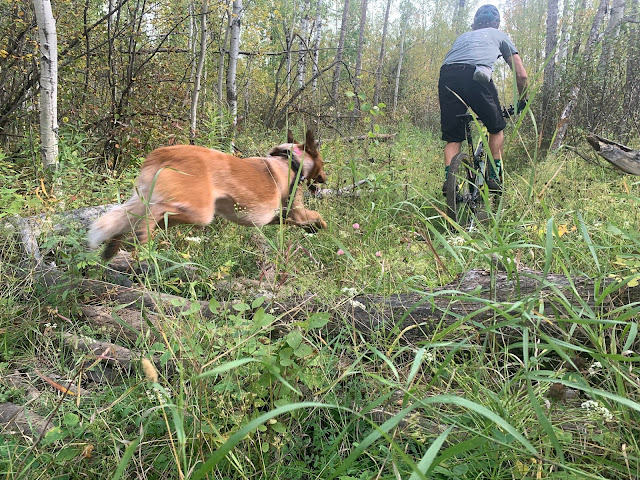 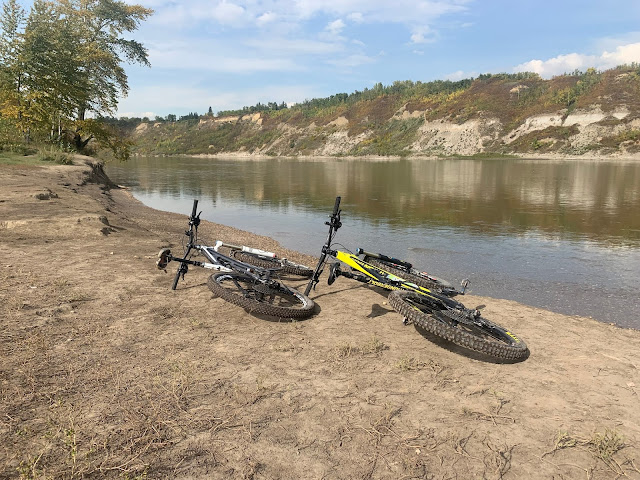 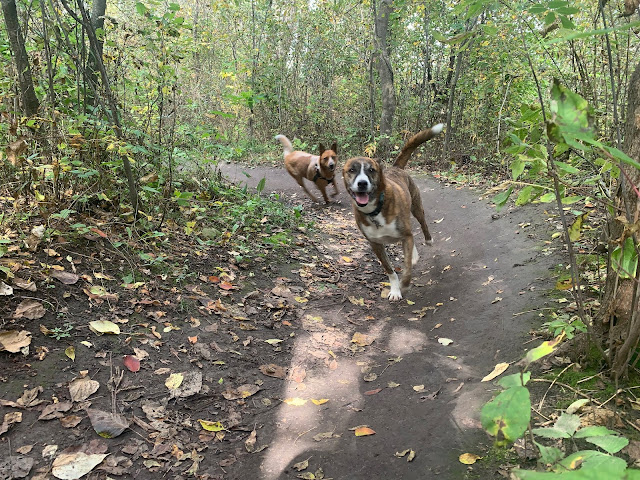 A ride in the Terwillegar area with Kent and his two pups. A short ride so a short write up as work looms for both of us.

Riding with dogs is awesome. Something I always wanted to was have my own trail dog. It's the natural mountain biker progression. Buy expensive bikes that don't make sense to normal people, get annoyed yourself as they ask why you paid so much for something that doesn't have an engine. Drink high end beer and becoming a coffee snob is also there. The trail dog is high up on the list but it exists.

It appears I'm way too lazy to train a dog so thankfully I have Kent> A top notch dude that seems to kill it at every level.

The ride was short and slow. Fireman and Oliskew area. Log a Rhythmic was happily avoided and will be until the snow flies. 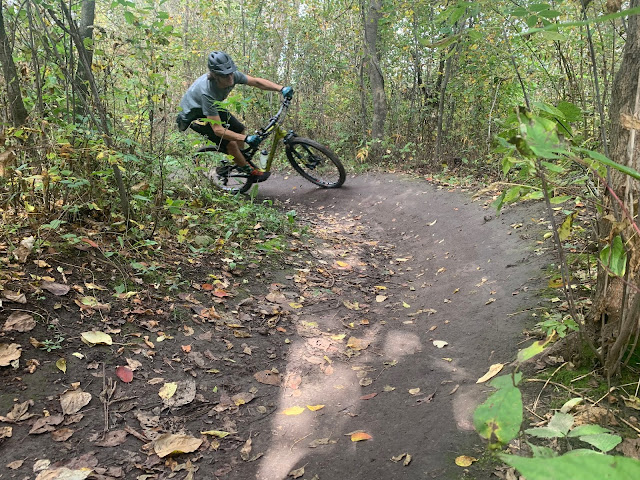 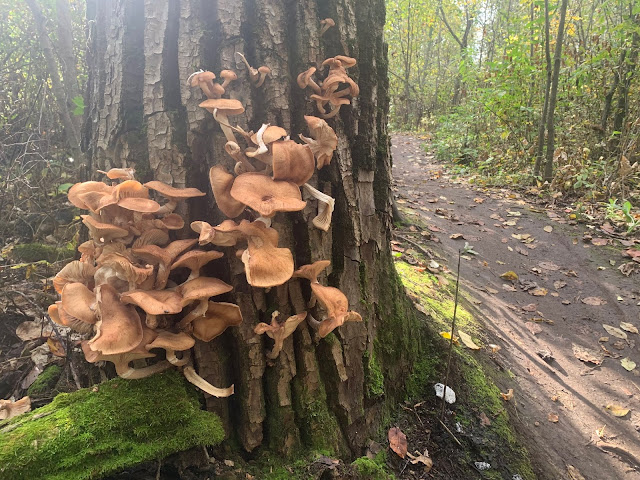