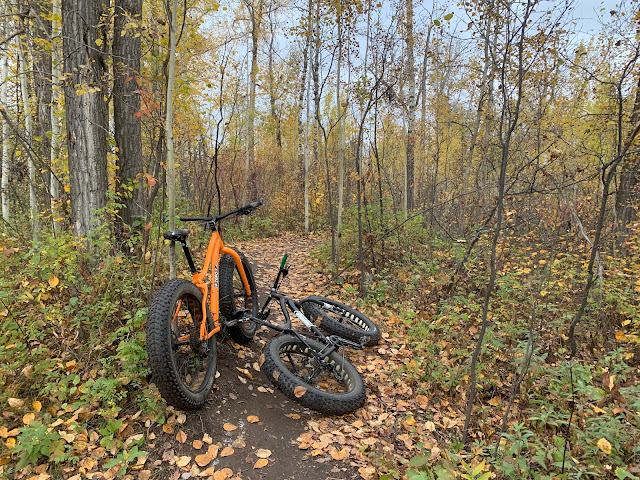 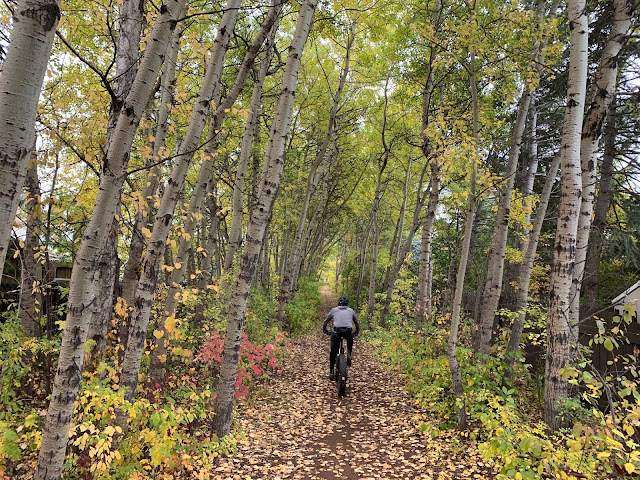 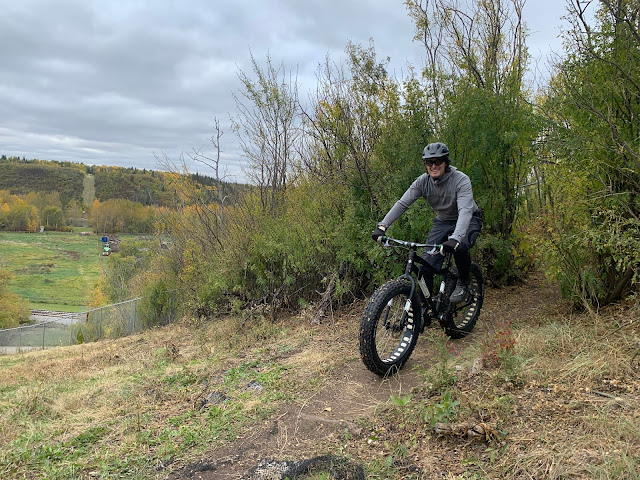 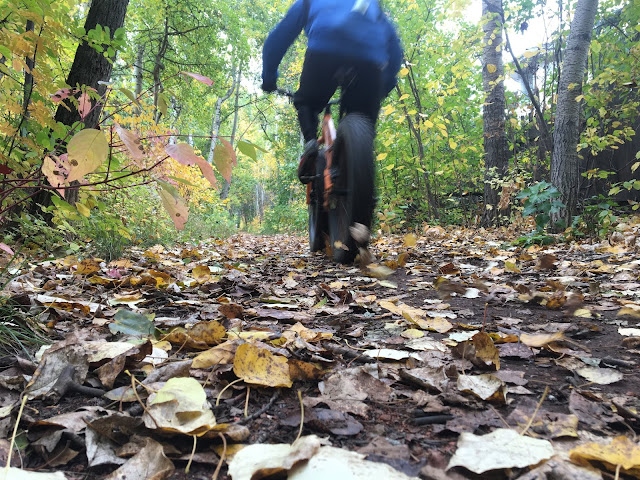 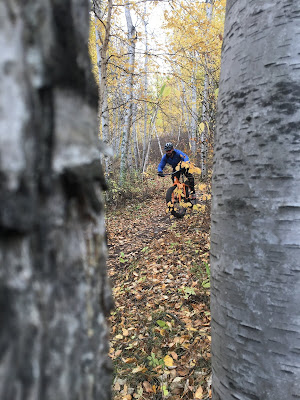 A rare ride on the winter bikes on a cold fall Monday which resulted in the valley belonging solely to me and Kent.  With both my summer bikes in a state of needing rebuilds and the shitbike being the shitbike I finally got the fat bike out for the first time on non Winter trails. Kent joined in on the quest of awesomeness and pulled out his 907 for what would be an incredible ride.

There was an onionskin plausibility that this might turn me into one of those fat bike freaks who ride theirs all year long like complete psychos. I see them on social media standing on their milk crates trying to convince the world to join their tribe. Would I succumb to the pressure? It would make sense given my history at pointing my nose up at things before trying them.

Firemans took us down where Flatter Pete was ridden for the first time. Flatter Pete you ask? Yes, they built an addition and made it longer and it is still an exact carbon copy of the original trail. Flat with a lot of direction changes. The fat bike was way better down there. The original Firemans descent was sketchy but we did air down our tires after so maybe it is ok on lower psi.

Selkirk was ridden on the way back and it was the same Selkirk from before. Switchback city with relentless climbs. Odd, cause this is one of the best trails in the valley in my warped brain.

The fat bikes? Have to admit, it was a lot of fun. I still think regular bikes are better in the non winter months. The steering was at times a bit sketchy. The roots were handled quite well and the lack of suspension was not noticeable for myself. It was fun, maybe again another time? Will be hard to do with a shiny Moots and RMB Altitude sitting there looking at me. 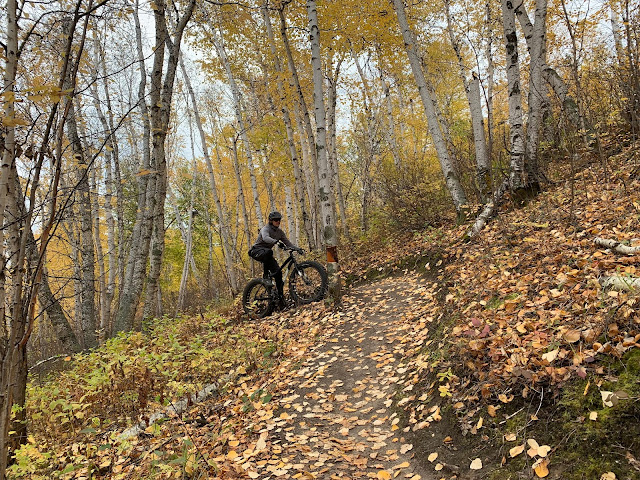 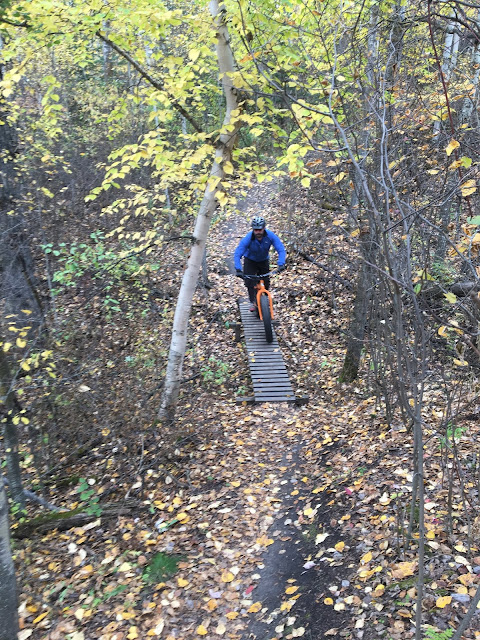