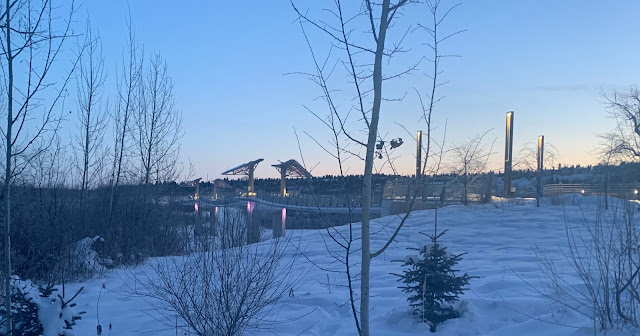 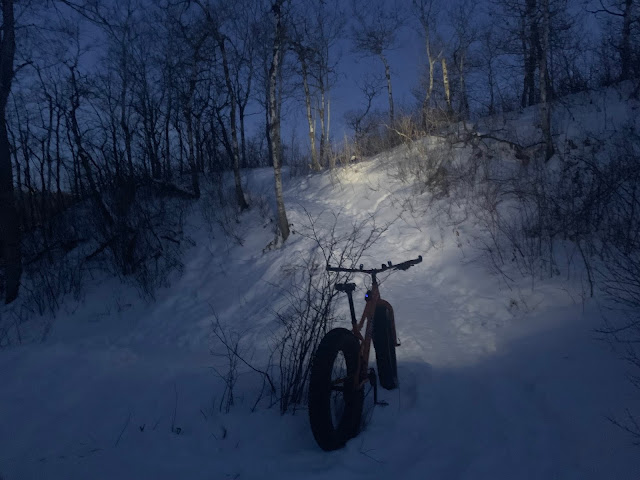 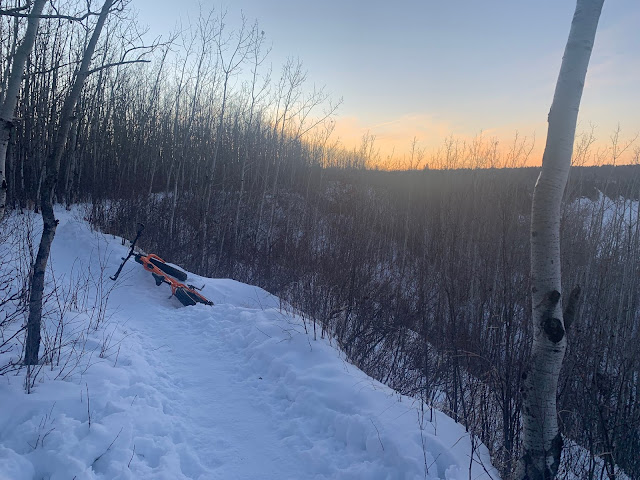 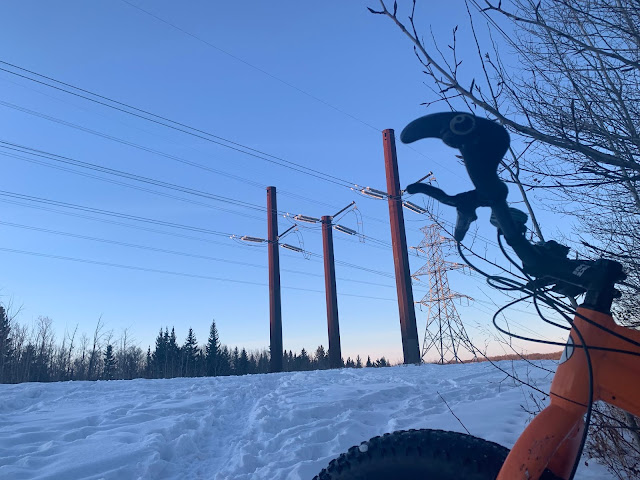 Still reeling from Alexisonfire who we saw right before work started and I have not stopped listening to them since. Do we name every ride this week after a song in honour of the best existing Canadian band? Hell yea we do!

It's been a few years since an after work ride commenced. Blame working up north for a year or so and blame long 12 hour days and nights. This was a must do. A short ride from Staff College into Terwillegar and back was the call for the day.

I had mentally prepared myself all night, patiently waiting till seven in the morning to be set free for another week. Only this time I'm starting it with a bike ride. Naturally going from a grungy shop where I was so immersed in work mode to the morning Winter trees and lighting in the valley was a tad overwhelming.

As I expected the euphoric feelings lasted for about five kilometres. The feeling of being in the woods all alone on a weekday morning was awe inspiring. Have I said this before? We need to find this feeling and recreate it into a drug. No? I've never said anything like that before.. But we do.

I crossed the river into Oliskew with intentions of riding Flat Pete and returning home. Once on the log trail in Oliskew the cold bit harder than Leonardo DiCaprio bit his hand in Wolf of Wall Street when he and his Dad talked about vaginas. I forgot to pack my riding underwear long sleeve and could not believe the difference in the cold.

I turned back before Flatter Pete could be ridden. That was pretty much at the point that the euphoric feelings had vanished and I was cold and very tired from a long 12 hour night shift. The return had many stops. Once on Go trail again I woke up from the riding which didn't last long.

In the end, this was a test for after work rides which I hope to start doing again this year if everything works out.
at January 30, 2020