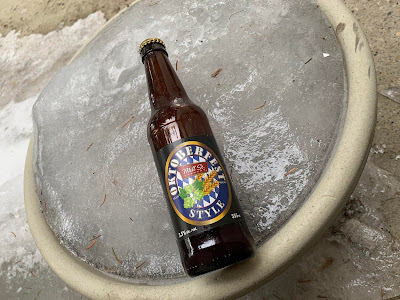 Sorry for the lack of riding. It doesn't have much to do with the current state of things, this lull is attributed to coming off nights. I would think after being on this schedule for years I would be somewhat used to it but no, that isn't the case.

Yesterday I woke up at 4 in the morning and was wide awake yet dead tired and could not for the life of me nap. Today, I went to bed at a reasonable time and had alarms set for eight in the morning. I say alarms cause it was meant to be plural. I slept through all three alarms and woke up at one in the afternoon. I tried to go for a ride but felt like too much of a bag off shit and sat in the Capilano parking lot and left. The good news is it did not seem that busy there. My musings on social media had told me that big groups of people still are inhabiting the valley.

Whether that is just social media bullshit or the truth remains to be seen. I do believe that people are that dumb though and are probably congregating in the river valley as their malls and gyms are closed. But yet... Social media told me this.

I'll have to get out and see for myself.

Mill Street which should be named Mill Creek. Am I right!? "Hey interns!" I yelled "Find out about Mill Creek brewing and does it exist?"

Apparently there are two breweries in North America.  We should get on that and bring some in.

Mill Street Breweries,  apologies if you are reading this. Mill Creek is a huge part of the riding culture here hence a beer named after it would be quite swell. Mill Street is headquartered in Toronto with brew pubs all over Canada (well, Alberta, Newfoundland and Ontario.)

We poured and a decent head appeared (about the size of two fingers pressed tightly together to be exact.) A murky dirty looking beer sat in the glass tempting us to taste it. i am assuming this is a seasonal release from Mill Street and it comes out in the Fall. A quick look at their website confirmed a big yes and I know you might be sitting there thinking 'but lonebiker... how did you know it would come out in the fall!?'

I have my way kids, some call me a wizard. Others call me amazing. I'm just a guy who knows his beer.

We tasted and this marzen styled beer gave a slightly bitter taste at first. Some caramel malts and raw corn come along as add ins. This is an amazing Fall beer. When I sip it reminds me of that amazing season. Cold weather, shorter days, the fall harvest. I swear it all hits me with each sip!

To finish, this one is a delight. I'd recommend one come Fall time unless you can find one now. 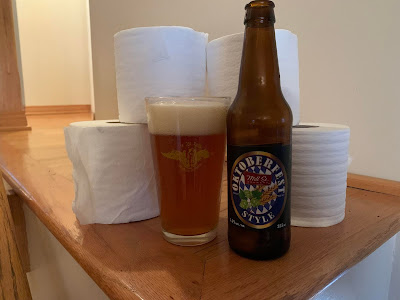