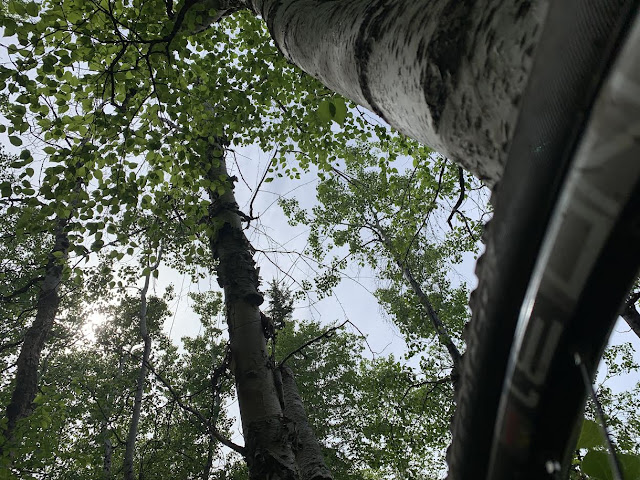 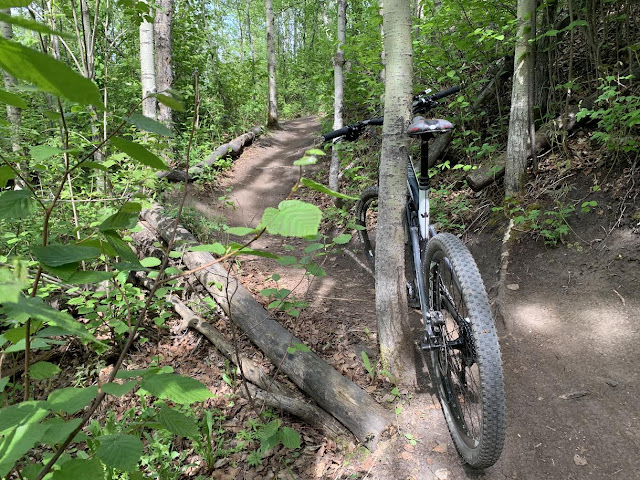 When one is at work getting into what would be a boring day on a day that screamed "Go Outside and Play" and they dangle the carrot in front of you of going home to enjoy the weather it was a no brainer. In the end, the whole crew left.

A very unexpected bike ride from Fort Edmonton for somewhat of a figure eight.. We'll was it? I never look at my Strava. So I really don't know. I guess it was a kind of a figure eight but not really. Maybe I'll have a look later.

I headed east and was greeted with shitty conditions on the lower multi use that isn't multi use but it kind of is singletrack but it isn't singletrack. Hold on a second.. "Interns! Get on this. What trail am I talking about here?"

No Horses is the trail. Lots of shittiness on this one after the river rose up not too long ago. I would recommend avoiding this one if you are in the area for the time being. I rode up through the equestrian trails and found the top of the valley where it was absolute pure madness with people.

RayGun was ridden down and I foolishly crossed the Groat Road bridge under construction to cut back (that's one of the loops of my figure eight!) I entered Mackinnon where again people were out in droves and I got quite grumpy. Back Breaker and Root Canal were ridden backwards and I got to the top and decided to completely avoid Laurier.

A smart move, the crowds in the parking lots were insane.

To make up for the shitty set off last week I rode Selkirk and Selkirk bitched slapped me incessantly. The technical sections owned me and I felt like I had to give the trail some sort of weird religious offering once I was done.

In the end, not nearly the incredible ride I had on the last unexpected day off but it was much better than being stuck at work.