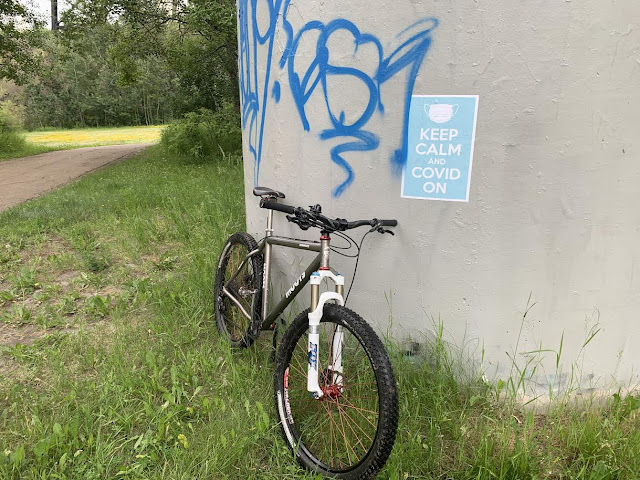 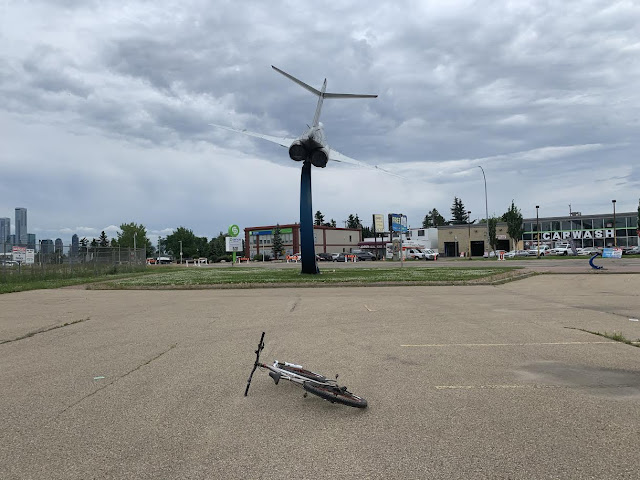 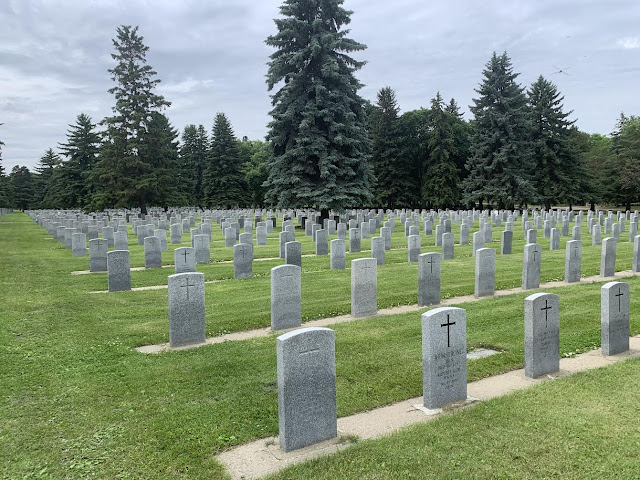 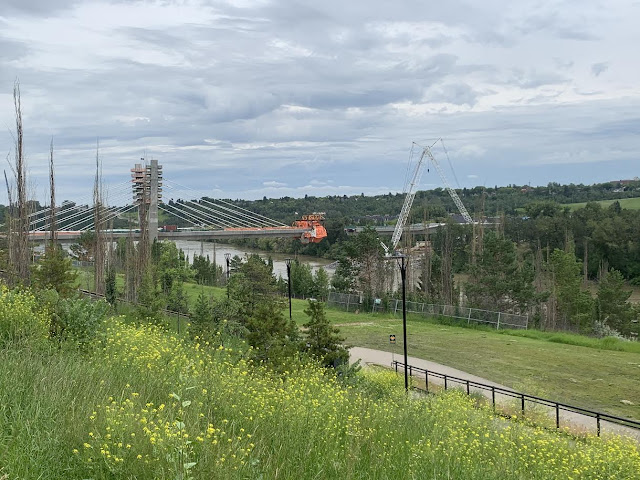 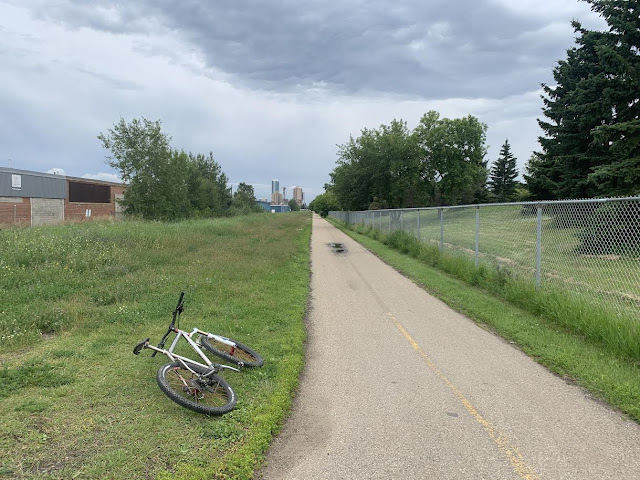 Have I been so focused on the work situation that I have completely lost track on caring about these amazing wet weather rides?  Yes work is quite fubar right now due to the current world situation and I know a drastic change is imminent come Thursday when I return for nights. For Lonebiker fans this could be a good thing as rides will increase significantly. Personally if not a layoff I'm hoping for a day less work which will help increase riding. Will that happen? Ugh...

The stressful part of all this is I finally found a decent good paying job where I am home somewhat most of the time. The crew is amazing and the work at most times is not too bad. There really is no sense on thinking about the situation as work looms closer as whatever happens will happen.

Till then.. A ride out on the mean streets of Edmonton. A ride start in the old school Mill Creek district and through the  ravine where I exited through Louise Mckinneys magical paved offerings and did not return to the valley until near the end of the ride on River Valley Road by crossing the mighty Menzies and soon I was out of the valley.

The city used to suck when it comes to bike culture. Things have changed and the culture has gotten a lot stronger and better but there still isn't enough to get a person through the city. The new bike lanes are amaze but we need more.

I wandered aimlessly with intentions of booking it to the train yard but the roads and lack of safe paths wouldn't take me there, from there I searched out bike lane after bike lane or better, a paved path and finally found one remembering from a ride with Kent and Zara. It was a nice find as I was quite frustrated at the lack of safe places to ride.

I made it to the Old Strathcona area where the backyard bike lane took me home where I suddenly felt the e-bikes were going to have their revenge for me taking down two yesterday and bragging about it on this blog like I made a Jason Statham move. I swear once on those busy ass bike lanes I felt the revenge of the E-bike Gods rumbling. It started at a low muffled roar and soon was a pleasant electric whirr.

As I started to ride I made it into a small sprint to catch top drivetrain speed (fuck ya kids! I was hauling some ass!) but felt the E bikes I knew who were behind me breathing down my neck all the while that (ir)rational voice inside of my head was screaming "THE ELECTRIC POWERED BIKES ARE GAINING! AND HOLY JEEBUS ARE THEY ANGRY!"

That voice was all I could hear for a solid 8 blocks. (or how many blocks it is, I was just guessing, don't send me angry emails please.)

I made it to the end unscathed and un-passed. Fuck ya! I just high fived myself and it was great!