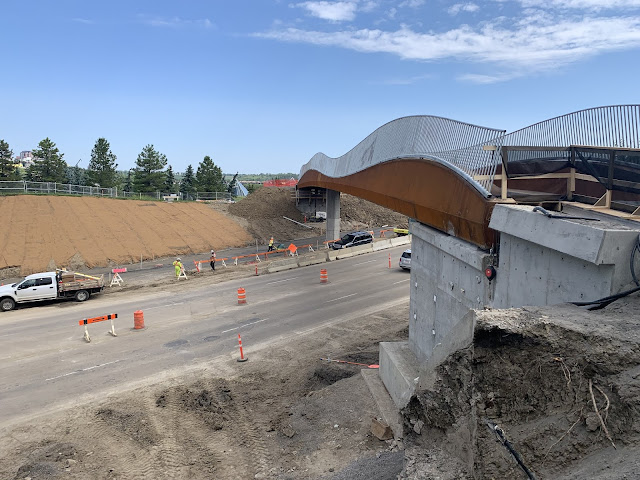 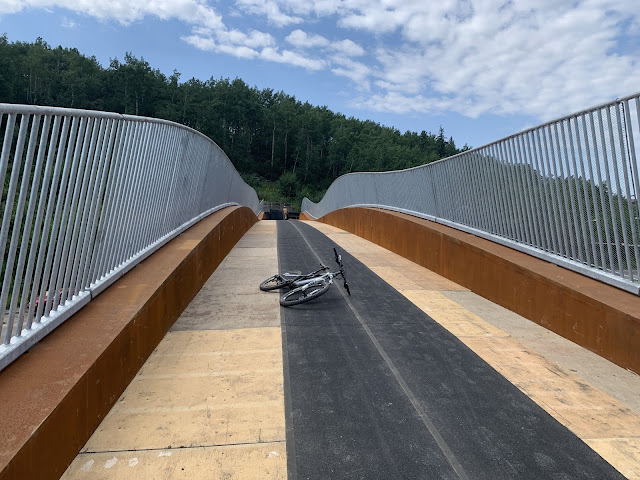 Well, you are probably right. Why get excited for them to put a new pedestrian bridge in the same spot one was for the last twenty plus years. Plus it was a short somewhat meaningless pedestrian bridge that crossed Connors road that just linked Mill Creek to the Pyramid area where you could have just crossed the road at the bottom which comes with a pedestrian light and everything.
Well kids... The new bridge is fan-fucking-tastic! It's got all the things a 2020 Glam kid would want! It's artsy! It's probably progressive (assuming the bridge had a brain. A cool brain that is) and well I'll admit. It is quite nice. On the other hand though, there was nothing wrong with the old one. Yes it was a bit bumpy due to the wooden planks but hey. It got us across Connor's didn't it?
You could probably chalk this one up to useless things the city spends money on. I do get it though, you want a nice city you have to keep with the upgrades.
The ride? Fantastic short and very heavily ridden route in from old school Mill Creek to Ewok. By the way kids, if you have been to upper Ewok lately you will see it is a disaster. Lots of issues with downed trees and more sunken earth. I would stay away. Now you don't have to listen to my advice. Go have a look for yourself if you want. It's fine till the steep hill travelling east to west. Afterwards it's a dumpster fire.
Singletrack is God kids. Don't you forget it. 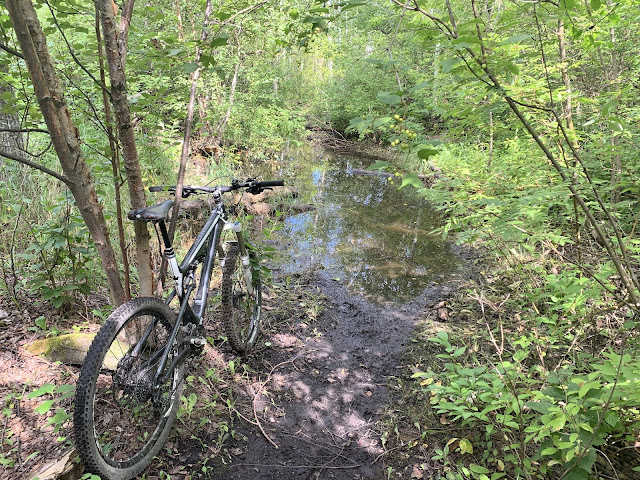 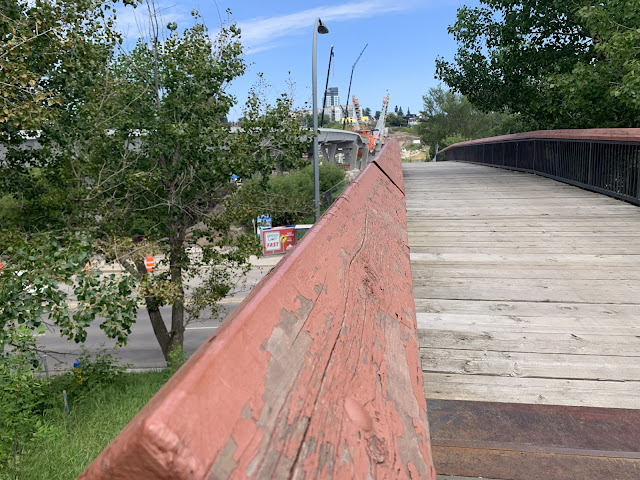 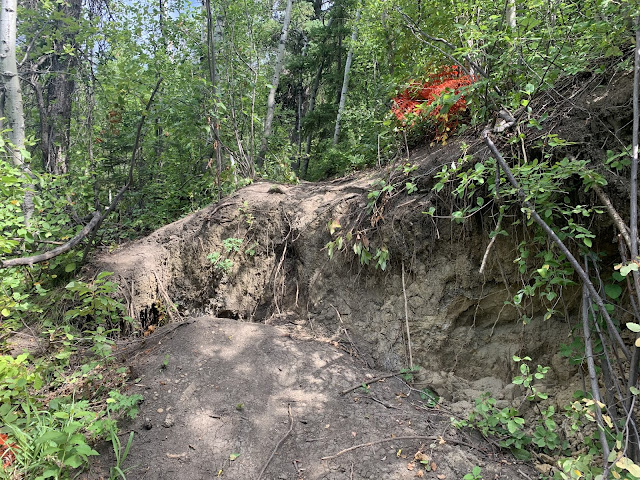 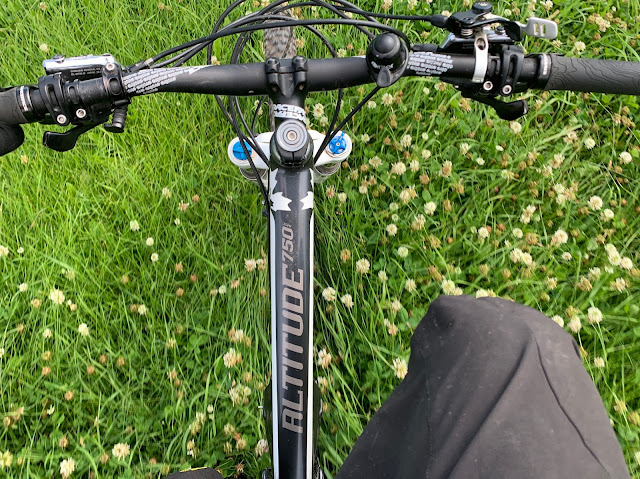