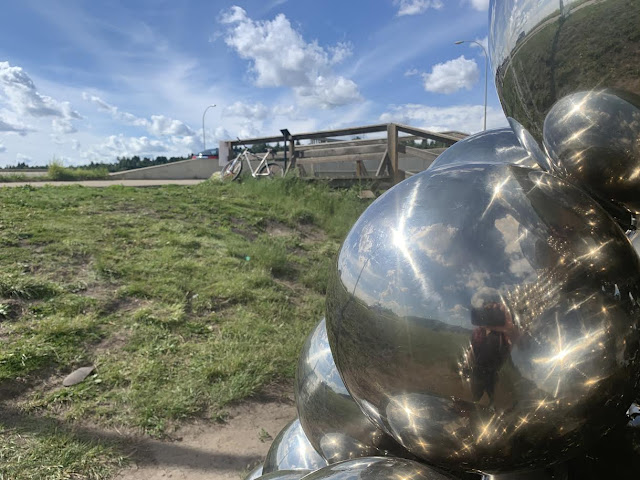 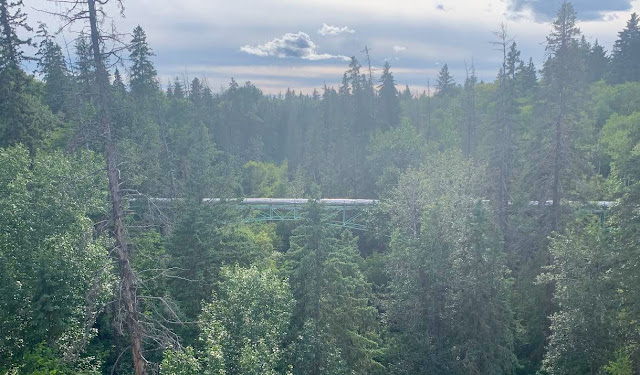 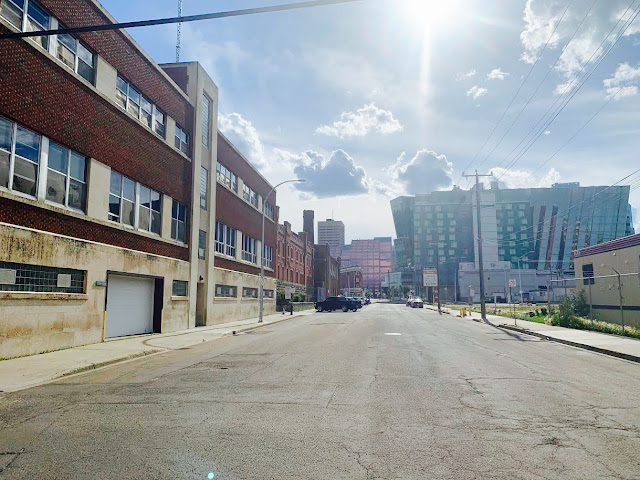 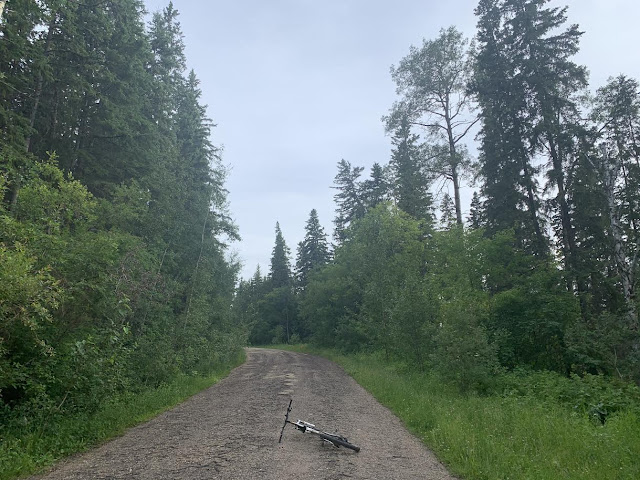 A ride from the Cameron Heights area with some sort of hopeless thought of reaching the other end of the Anthony Henday for a bridge crossing and return.

I made it as far as Dawson bridge.

I guess I'll call that a victory. Deep down I knew an end to end run was not in the cards.

It was all paved with a bit of multi use. The decision was made after more storms ripped through the area last night. For the most part the ride was very uneventful. The E-bike Gods bestowed some revenge as I got passed twice by some twits (yes, they were twits) on a steep climb. One twit almost hit me as he came up from behind too fast. The other did almost the same thing as I climbed out of Wedgwood Ravine very low on fumes. A bit of anger took over and I caught up to him and was hoping to pass but he turned off onto a side street. Almost like he knew I was coming with some passing revenge courtesy of legs, lungs and a heart as big as the moon.
.
.
.
.
.
Whoops.. Sorry... Shit just got weird didn't it?

I am quite tired, hence the typing may go a bit askew from time to time.

The ride started as a bridge run and then I arrived at the monstrosity otherwise known as Groat Road bridge,  I gave it the finger and skipped it and that was it for the bridge crossings until Dawson.

Once I crossed Dawson for the return loop home I surprisingly stayed on the top side of the river all the way back to homebase. Fatigue had all the plans fall out the window and I high tailed it home avoiding the river valley once I got back to my old turf in Rio Terrace.

I eventually found Wedgwood ravine without having to ride the lame busy Edmonton main streets and hung close to the ravine and eventually found an ablsoute creeps paradise as a path ran behind some upscale homes with very small fencing with wide open views to peoples backyards and houses.

Once the creep path ended the entrance to Wedgwood ravine was visible and I knew I was home.

I got back into Cameron Heights and was immedietly lost in some extreme white collared "make all our shit exactly the same" mantra.

Do they purposely make these neighbourhoods look exactly the same in case of war? You know? Like an invasion and the enemy enters one of these neighbourhoods and gets confused and we shoot them up like fish in a bowl? Wait? If I get lost in these neighbourhoods than who is to say some poor bastard from Skiff Lake, New Brunswick will die of exposure as he tries to fight off the evil invaders but he got lost in Cameron Heights cause they put up a new strip mall that looks exactly like all the others.

Please need not be offended if you live in the area. It actually is quite beautiful and I am quite jealous of the homes there and honestly would seriously consider a move there. They could have just opened up those architectural guidelines just a wee bit. 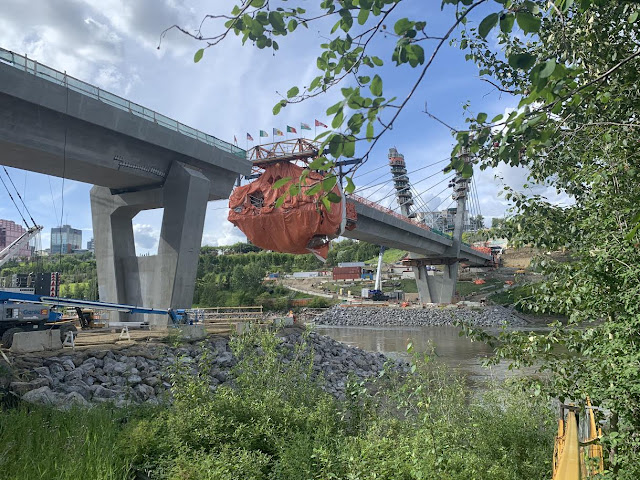 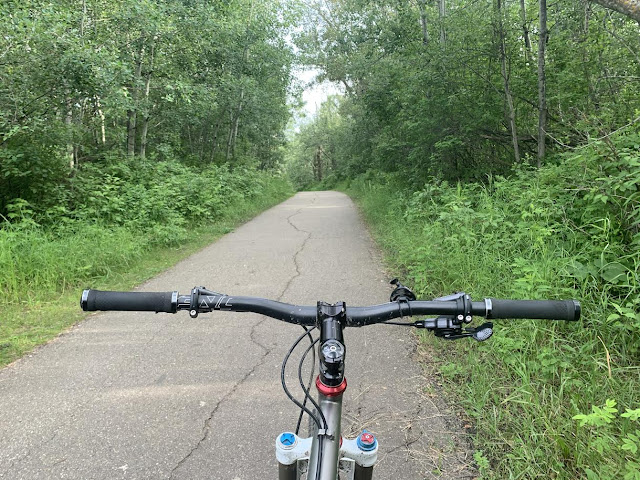