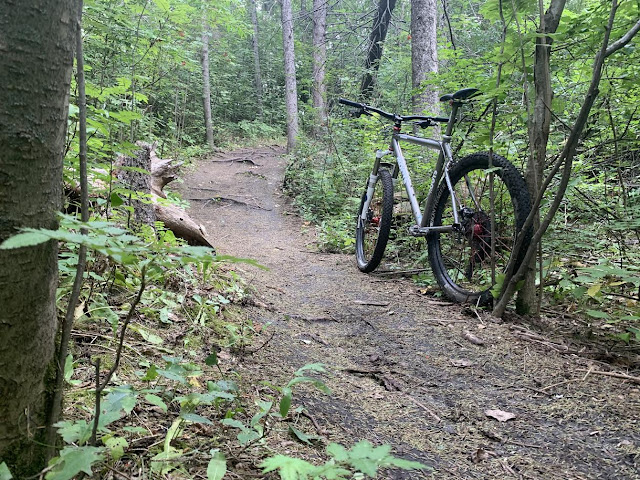 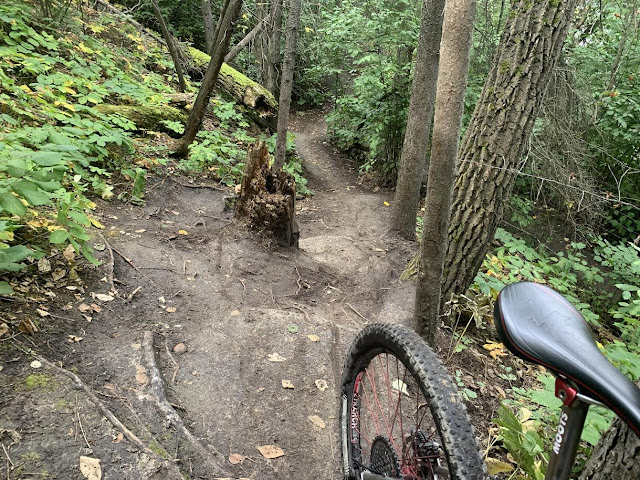 Another time is short ride so make the best you can with it.

And oh boy did I!

No. I didn't. It was just another Millcreek old school parking spot ride where I chose to ride out on the streets instead of heading to the trees for a change.

The backroads took me to the Whyte area where I got on the regular lanes which were quickly shut down due to construction. I detoured and found a new paved trail following the street car tracks which I took till it ran out and I back alleyed it to the University area. I eventually found the wide open 'Covid Special' lane that runs down Saskatchewan drive along the university.

The irony though was the amount of people riding bikes going the other direction riding along the street with some car firmly planted on their ass. I wanted to wave them over and let them know of all the street and paved path we have and it is glorious.

Emily Murphy park was entered and I was in the woods again. I took E.M.P Blast to Masters Degree where I got schooled in the art of sudden super steep rooted climbs from hell. It was definitely not a good ride clinic I put on and wondered if some dorks had put up trail cams in the area and were laughing at my fat ass pushing my bike up a section of trail. It was pathetic. I remembered I had a good roll through the area earlier in the year which helped lift my spirits.

What drove me nuts was all the trail deviations made by people afraid to ride the trail or were too lazy and made a shortcut.

The rest of the ride took me through Old Timers where some workers watched me wait with my bike in their restricted zone before leaving through the gate. Yes, I made it awkward but I just stared at my phone when I popped out and workers were watching me. I didn't know what else to do.

Which in the end really worries me about my "I'm In Deep Danger Action Plan."

Will I just stare at my phone if anyone comes out of the woods barring a sickle?

I mean... I was in no danger like that but I was thinking someone was going to kick me out promptly. In the end nobody did. Why did I go to my phone immedietly when I should have just exited once I saw workers there?

In the end. All the good stuff of Mill Creek Ravine took me home. 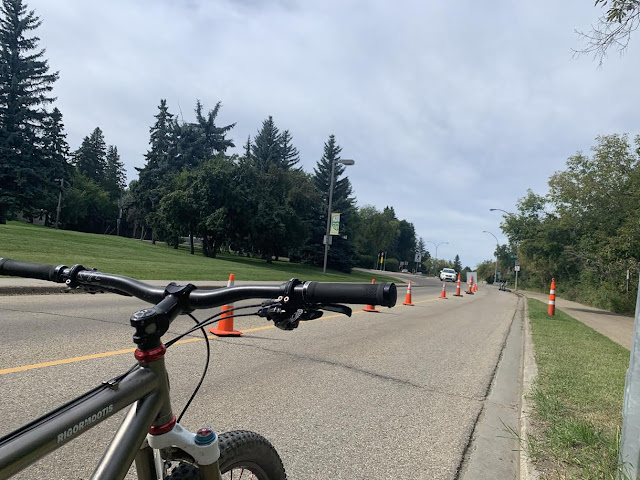 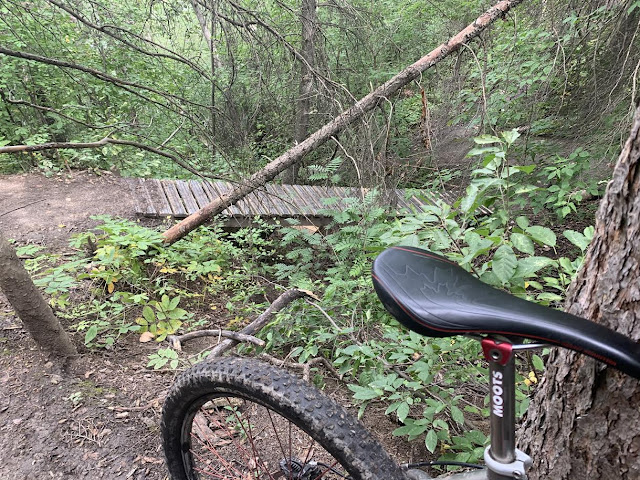