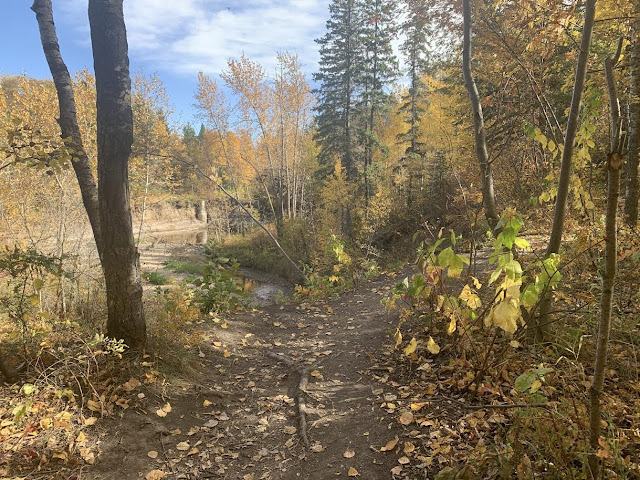 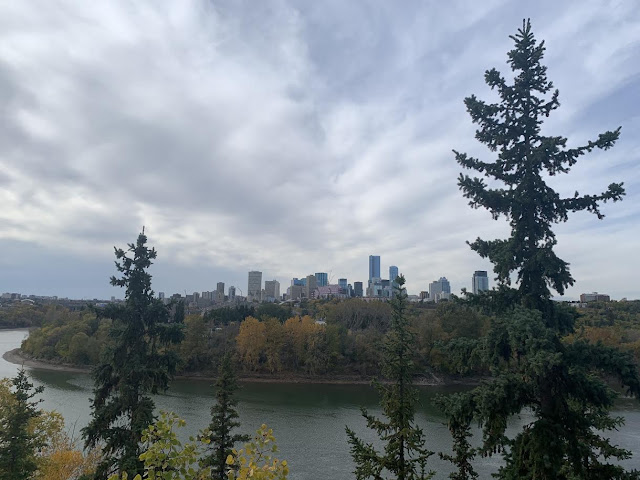 Yes, I was having more computer issues. You know what kids, I outsmarted it. Damn right I did. It would not download pictures which would have put a damper on this post. I did have video of some fighter jets but it would not downlaod, hence the screen shot at the bottom.

Here is hoping the little loop around I did on here to get pics for the blog will work from here on out. truth be told, I love this computer and the thought of flying to Tibet to huck this fucker off the top of K2 gives me the heebie jeebies.

Jason came through with news of some of our F-18's doing a flyover for the Stanley Cup finals they are hosting at Rogers at 4. I started the ride in Mill Creek and avoided a lot for reasons unbeknowest to me and found Ewok where I crossed the Dawson and rode the Dawson park trails and found Miner Shaft(?) where I climbed out and rode the mean streets of Edmonton until I found Rogers as my airplane geekism knows no bounds.

The jets flew over a few times and it was great. I booked it back to the valley via bike lanes or lack thereof. Once close to the valley confusion set in on where to go. I thought of taking the Menzies and riding Silver Fox and Ray Gun out of the valley and ripping on streets back to the Jeep, a seriously fucking solid plan. Sadly that didn't turnout and I wimped out.

A retribution of some sorts in the thought process at the lights leaving the Redbike district and I turned around with the ambition to ride RayGun and Silver Fox down. A much easier plan...

I wimped out on that one too...

Don't judge. I was tired.

Mill Creek took me home via Blueman and Earthshaker took me through the promised land and home.