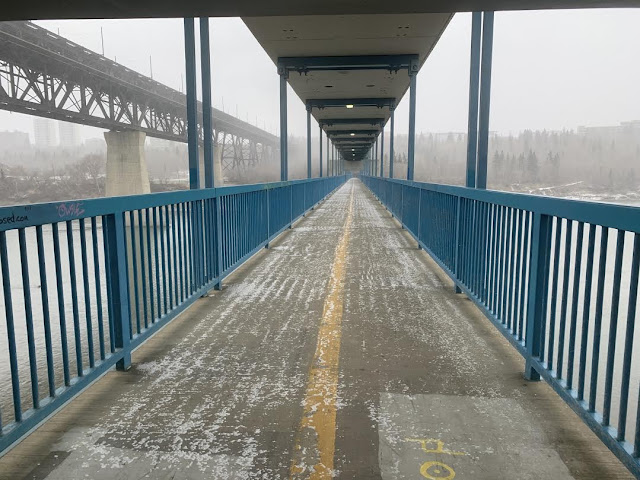 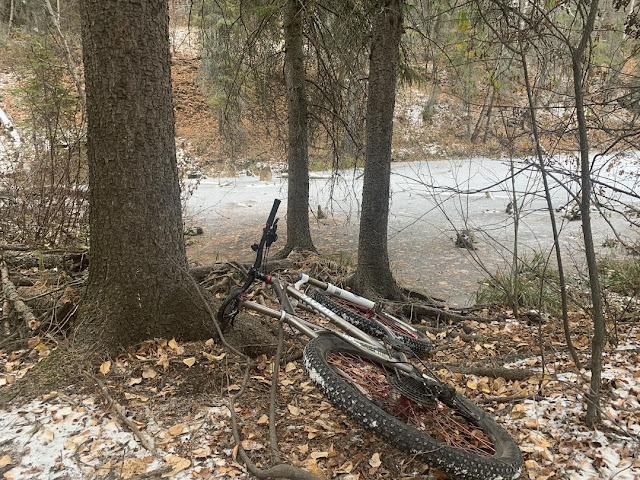 A cold weather ride, first one of this late year as it looks like Winter will soon have his hands snugged tightly on our balls for the unforeseeable future. That's right... You expecting nice fast zippy singletrack that you can haul ass through on your racing hardtail? Well, you are probably going to have to wait five or six months or more.

It is a bit too early to declare it full on Winter but the Winter mood is definitely here. It would be pretty sweet if things melted and we had a couple weeks of fun late Fall singletrack.

The ride today from up top of The End of The World took me into the chilly valley where I rode multi use and crossed the pedestrian bridge and found a trail I don't think I ever rode before. It was really not that special and does not warrant me talking about it much on here. Soon I was at the boardwalk and I felt a certain brethren members disdain as I rode the easy way up to the top.

I didn't think singletrack would be very good today and I was wrong. Mackinnons Root Canal and Backbreaker and the tires held up quite well. I did stop to take a picture on Backbreaker where the switchback is and had zero footing on the trail in my Sidi's.

The Bontrager XR2's did quite well as I rode up lots of sections of trail I couldn't even stand on as the ride progressed. Yes there were a couple ass puckering slips but no more than an average studded fat bke rid. The snow did not envelop the trails but the off cambered and steeper climbing sections that were covered with snow were ridden up with no issues.

The ride took me past Groat road bridge cause you know... That area is a dumpster fire. I crossed the mighty Menzies and looped back and rode up Silver Fox. A trail that is easily winning my heart over every time I visit.

I made it up to the top of RayGun in sometimes medium snowfall and it was quite incredible. Easily one of the best moments in the last month.

Paved took me home to the Jeep. 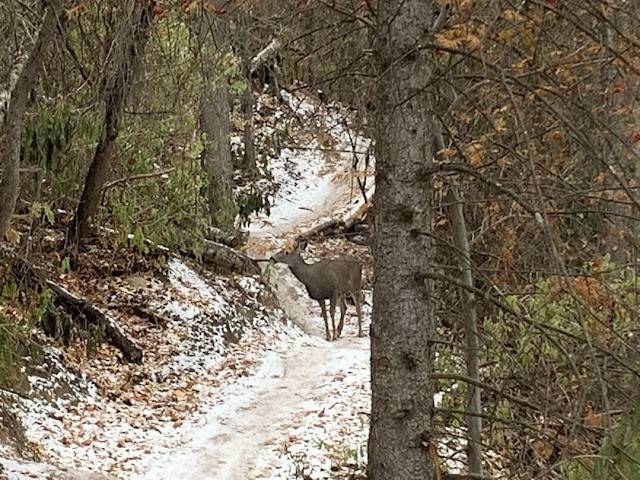 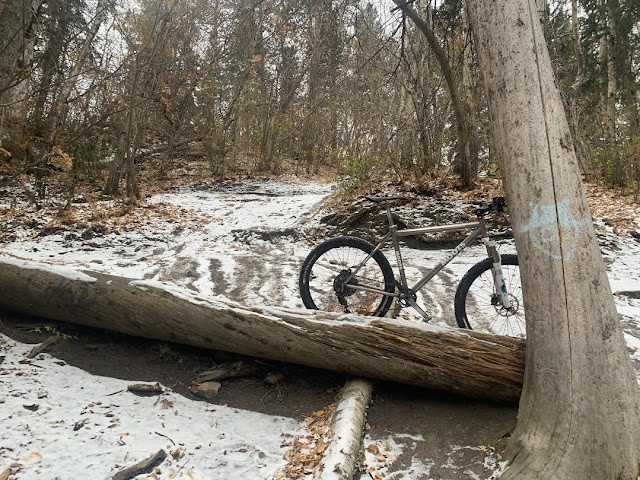