It does seem like a rare thing to have everything come together on rides like this. It is the perfect trifecta where mind, body and soul all combine to come together at once. It was all on point. Every aspect of the ride was absolute pure amaze.

My only complaint... We need more snow and a real winter. This warm melting weather bullshit is wreaking some havoc on the sun exposed trails which resulted in a hard crash on Raven on a switchback that was glare ice. Yes I do understand the bad environmental effects that winters like this cause which will probably mean lots of forest fires. But hey... It's so beautiful outside. Lets go run with our shirts off and be douchebags in the river valley! Yes... I did witness a couple of dipshits out running shirtless down there..

The ride was pure amaze kids. Starting at Fort Edmonton I headed east through Karenville (laurier) after crossing the mighty Quesnell. The best part of Laurier is being up in the hills away from all the white people with purebred dogs. I took the easy way out on the boardwalk and easy climb out of Mackenzie ravine. Mackinnon's fine trails were ridden and surprisingly the ruts were not as bad. I did get caught on the steep switchback and had to bail. an omen for what was coming and what would hurt alot later on.

The switchback is rideable if you stay high left. Most people follow the others which is what I did and it cost me (which explains the ruts). I got out of Mackinnon and rode up Purple Haze and did the Groat Road Rollercoaster (lovers Lane) and Victoria's Secret loop. The energy I had on Lovers Lane was unreal and I knew this was going to be an extra special ride. Although, maybe my Strava didn't reflect that.

Victoria's Secret was amazing for the light show from the dropping sun and yes, our on again off again relationship. Right now, I am madly in love. I crossed the Menzies and found Silver Fox where I rode right up the switchbacks full of piss and vinegar. Yea, I may be braggy now but this never fucking happens anymore.

I started to feel fatigued at the end of RayGun after a super fun climb up. I did ponder things like my life insurance injury pay-outs about riding Machete down and saw other recent fat bike tracks heading that way which was enough convincing for me. Also, I am a badass fat biker with an attitude. Yes. It was sketchy but still rideable. The exposed areas of trail are either dirt or ice or a collection of both with some snow mixed in.

Still vibrating form this one. Riding bikes is seriously the best thing ever. 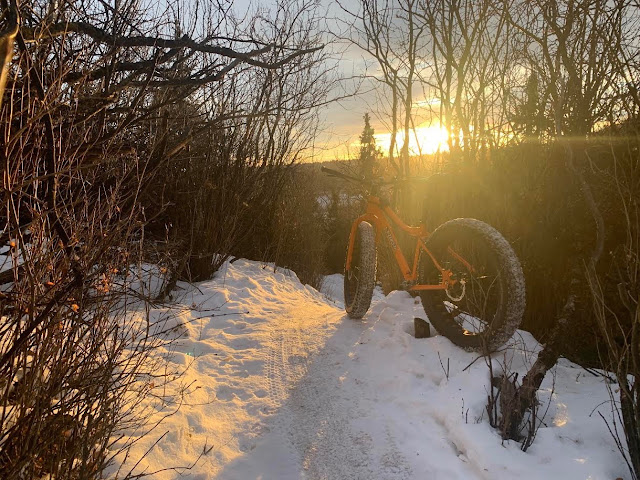 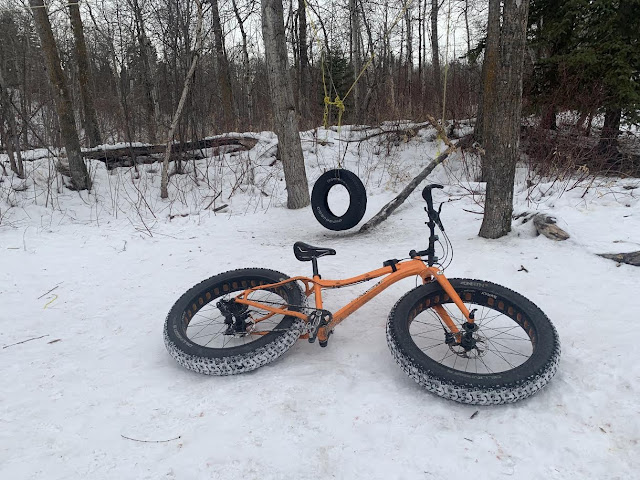 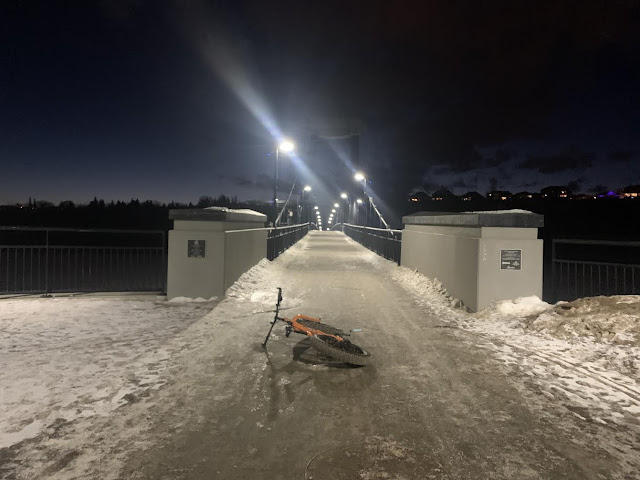 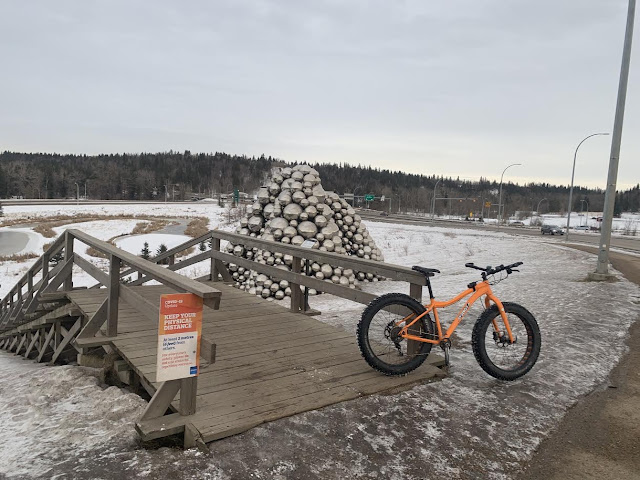 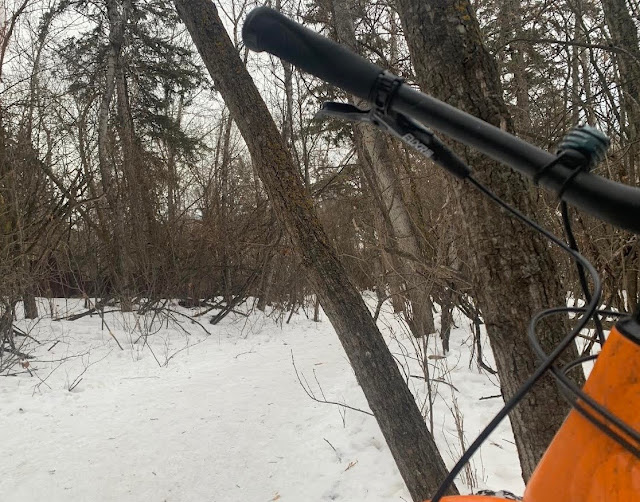 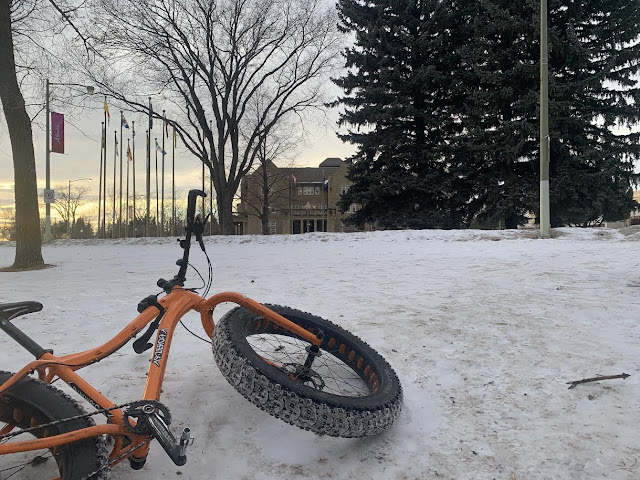 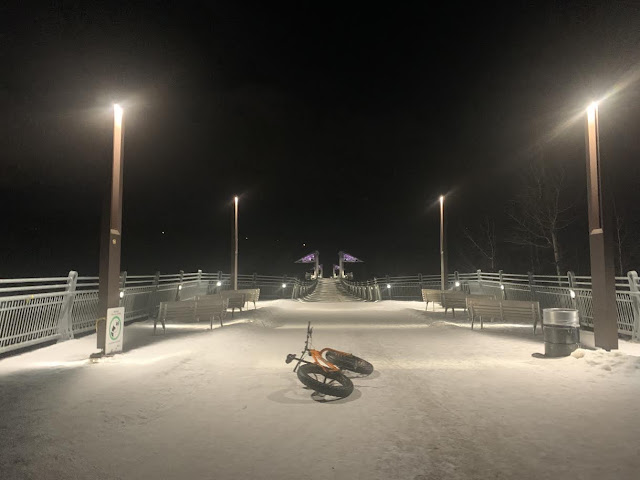 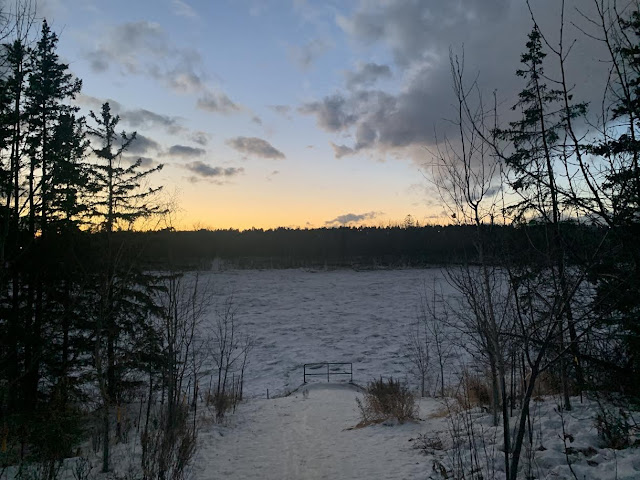 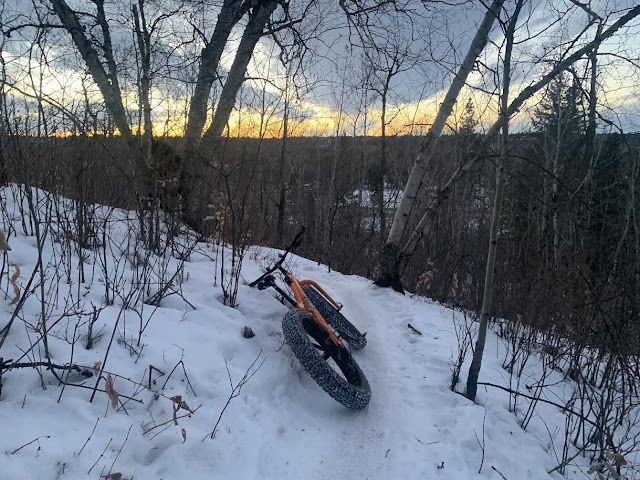 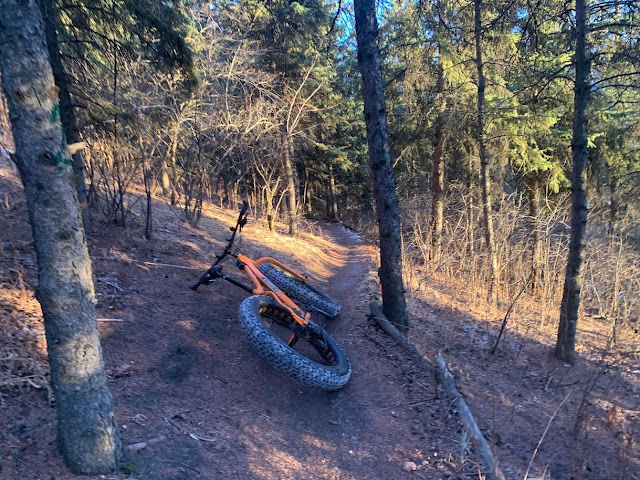