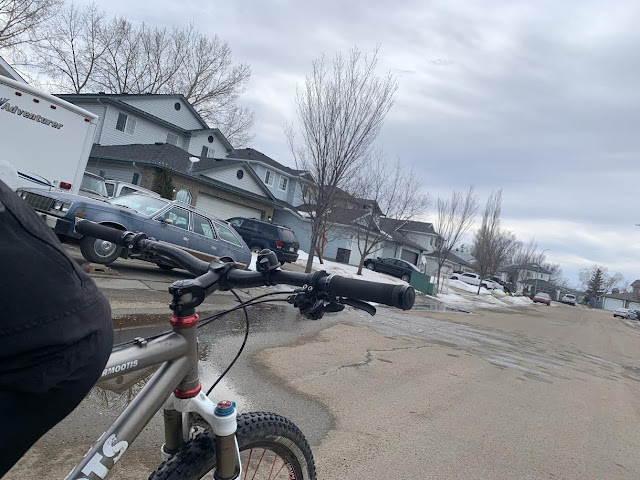 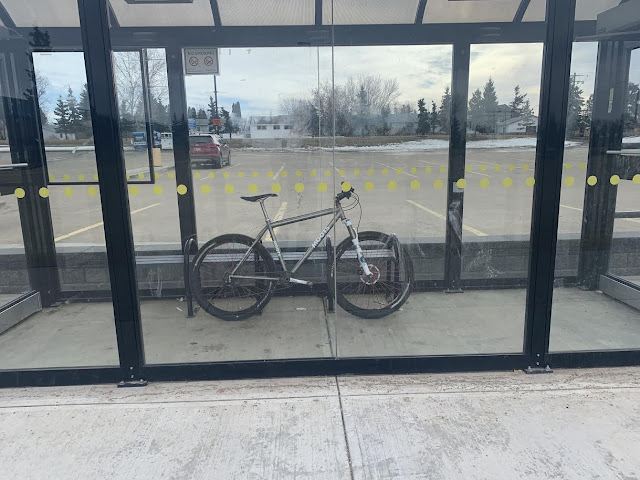 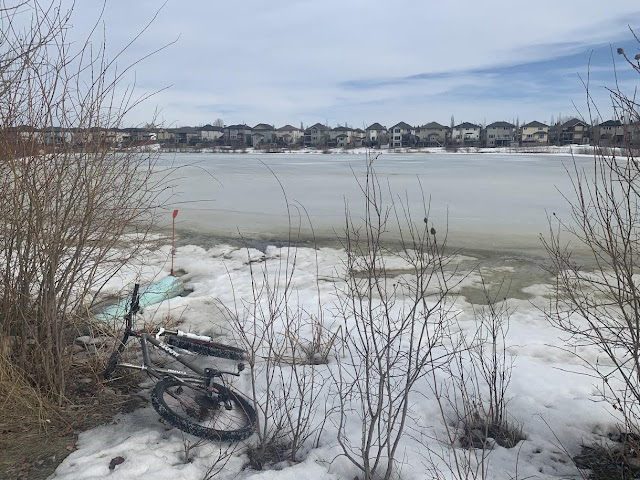 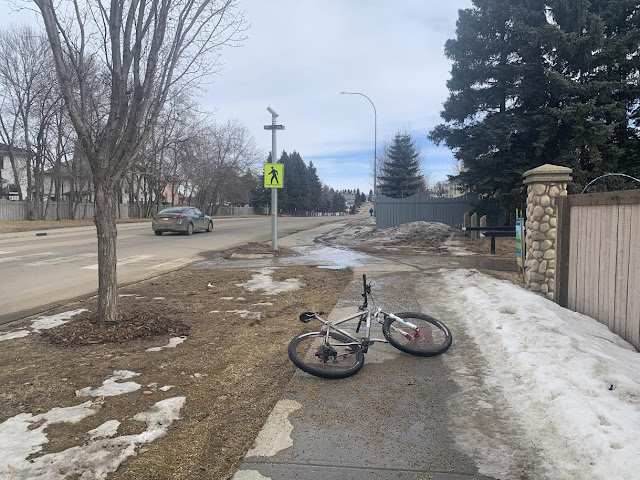 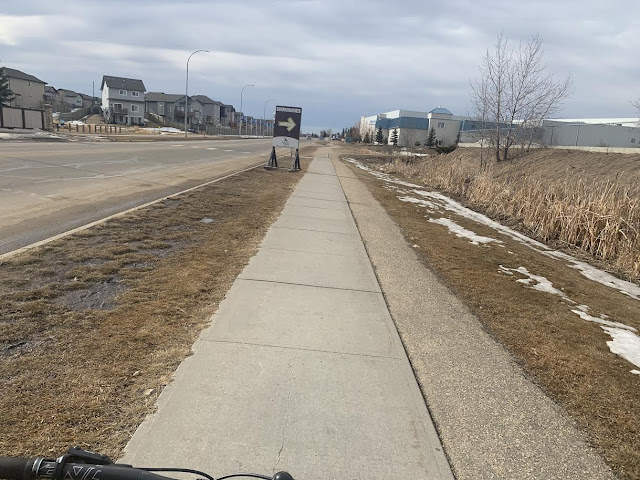 It was an uninspired and very uneventful ride on the homefront as time was short.
The easy highlight was riding the Moots again. Giving it the once over this afternoon was enough temptation I needed to take it out for a little ride making it's two- twenty one debut.
The usual dangers were there including the mostly horrific thing that could happen in Beaumont or pretty much any other Albertan town 'Getting caught in new suburbia.' A new phenomena  where people enter newer neighbourhoods and cannot find their way out as everything looks exactly the same.  Five people a year go missing and never return. We are doing a special Lonebiker survivors guide on how to escape these suburban death traps coming soon. If you haven't ventured into a new neighbourhood built in the last fifteen years you might not find your way out. So don't be stupid and just wait for the Lonebiker guide to surviving suburbia repetitiveness.
As far as the bike? Top notch. Although I did have to call in a rescue as my rear tire was flat. I knew it might happen as the Stan's is now empty so it wasn't a big deal. I did poorly plan my route knowing my tire was deflating slowly. Maybe riding to the other side of town wasn't the best plan? A tube saved me and I headed out again.
It was all paved back trails and streets. I almost got sucked into the urban death trap a couple times but I used my Lonebiker training which you will learn soon enough.
With another fabulous day it was people galore so a heads up if your out there.
at March 14, 2021