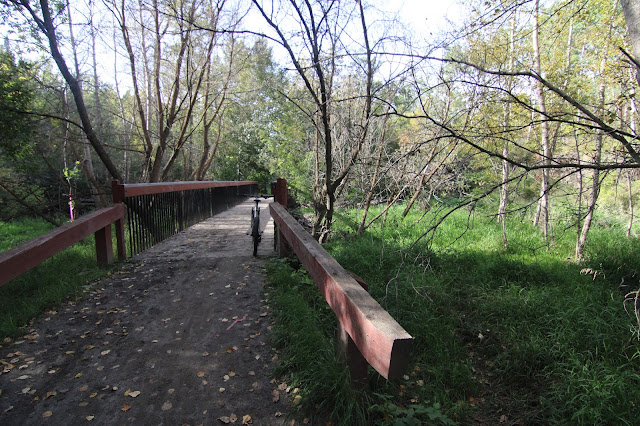 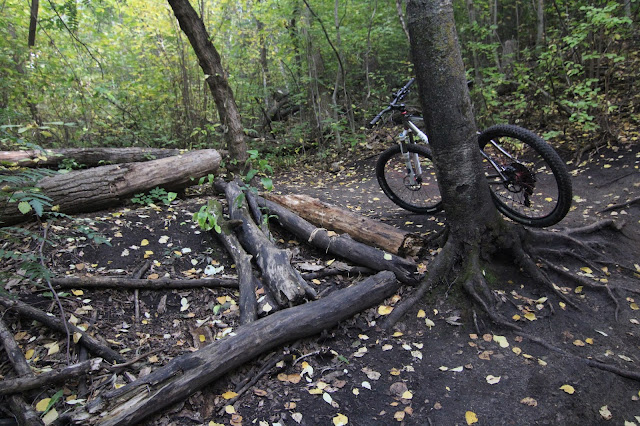 It was a definite downer to hear of the sudden passing of the legend Norm MacDonald today. We had just watched his Netflix special the other night and have watched several of his late show appearances on YouTube, he has been called one of the greatest talk show guests ever and its easy to see.
Now I wasn't going to sit around and sulk all day so I took off to Mill Creeks upper pool parking lot for what was the best ride of the set off. Yes the others were no winners but this one still had me full of warm singletrack feels like the way it felt when you have chicken soup on a cold day suffering from the flu.
I took the east route once out off the ravine and took the low Bird House trail thanking the river for taking back what was his and not having to avoid annoying beach folk. Love or hate the secret beach.. Or what was it called? I don't care, its gone now and so are the annoying Karens pushing their wal mart stroller over the rooted trails giving you stink eye as you pass by them and their ridiculous amount of supplies from coolers to pool noodles and water wings (usually worn on the trek from the vehicle to the beach.)
Beach people... I don't know what else to say but I'm glad they are gone for the time being.
It was Caddy Track, oh yes! That new trail was ridden for the second time, now what is it called? It wasn't the funnest trail as it is a straight up climb followed by a downhill section then more climbing with some switchbacks which are great.
Now wouldn't it be cool if someone made a trail from the bottom of the valley to the top in nothing but switchbacks but had them intersect the hill in a way that you would go up and down them seeming almost endless until eventually you reach the top of the valley?
Shooter Mcgavin. that is the trail name kids. thank you Strava. No thanks you Trailforks.
Andres's was ridden with a bit of oncoming traffic. I wimped out on the drop on the steep hill but manned up and rode the bridge with my riding shorts off and over my head. whilst waving my hands in the air.
No I am kidding, that never happened. A newer cut out trail right after had me intrigued and I rode it but sadly I found out it was a sissy route to avoid the steep hill climb that follows the bridge. Why the fuck do people do this?
If it is to let an area dry out it is understandable, other than that it is complete bullshit.
I crossed the Saskatchewan and rode up Low Class and then Higher Education and found the top. I decided to go back tom the Jeep the exact way I came but took the paved out and soon found the Dawson singletrack where I decided to find Mill Creek's Blue Man and ride out the outside of the ravine and take the hills of the Trap back.
In the end, great ride. Rest In Peace Norm. 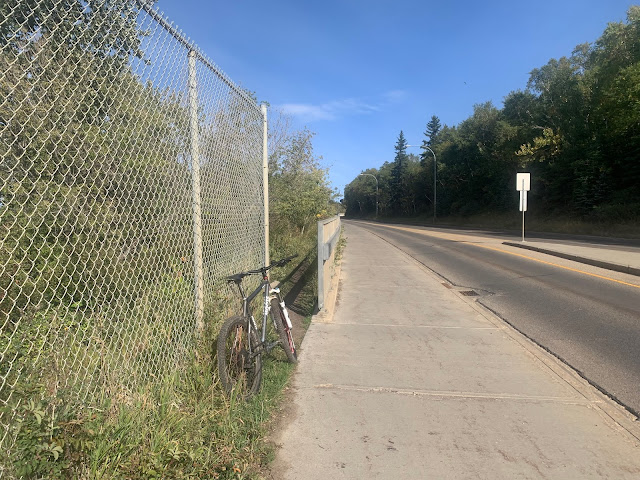 that sudden realization you forgot about a new trail and almost rode paved beside it
at September 14, 2021