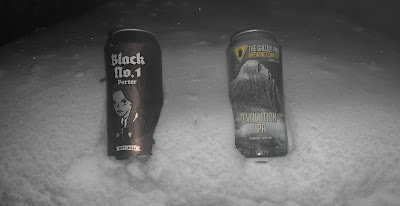 Happy New Years kids. Work has begun on the end of year top five lists which will be posted hopefully when I go back to work on Thursday if they are ready. Plans to go for one last ride late today have been snubbed in favour of a beer review despite the incredible weather we are having. If you don't live here that last sentence was a bit of a lie. A polar vortex has enveloped the area as of late making things a bit chilly. It should subside a little tomorrow we hope as a ride should be happening to start out a new year.

The two beers we have are from Alberta to keep things somewhat local. Well maybe I just fluked out ok... 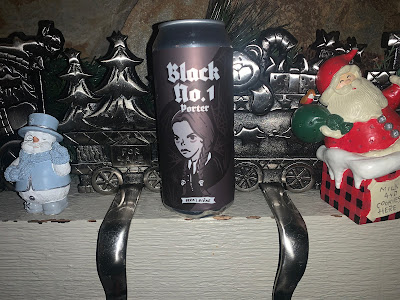 From Calgary, home of the Saddledome and everything cowboy on this side of Canada making me glad I am from Edmonton.. Am I right kids? I had a couple of these from a four pack for Christmas and was quite smitten and made sure to save one for the beer review. This one is not a full time brew unfortunately which I found on their website which is quite informative. One of the better websites I have seen for Alberta breweries. They also have links to their social media accounts on the website.
New Level Brewing was started by a couple brothers who attended death metal concerts together (I like them already.) I could not find a start date for this one but can guess it opened in the last one hundred years.
We poured into a tester mug not before admiring the cool can. A young girl that looks like Wednesday from the Addams Family is on the cover adding a slight tinge of creepiness to it. The camera screwed up the pour picture unfortunately so we had to retake it. You missed an impressive three and a half fingered head which sat on a dark porter. A perfect date for this bone chilling weather.
Flavours of coffee along with scents of coffee round this out you would think, but not quite. Cause how could we forget about our other dark beer friend, chocolate! Yes, coffee but maybe more chocolate seem to hit you on a very easy drinking 5% porter. A wood like taste like a dark cherry wood seem to hold everything else together. Is dark cherry wood a thing? I have no idea.
This beer gets 4 suds out of 5. 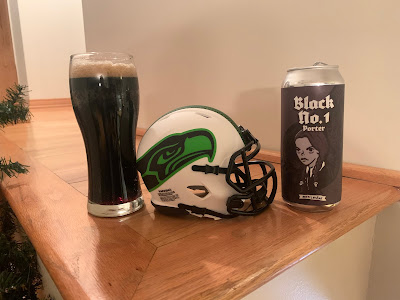 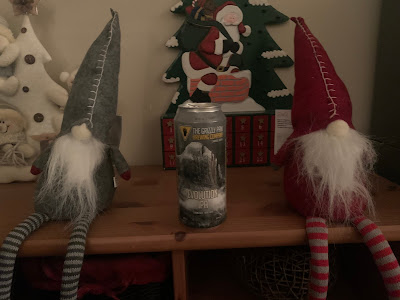 Our next one comes from Canmore, the epic land of stuck up white people? Some would say... I cannot answer that as I have not been there too much but can see that being a thing, plus I heard people complain. Yet if you did live there life would be pretty awesome now wouldn't it? As long as you do the right things and are not concerned about showing off your Gucci designer jeans off downtown.
I am sure the folks at Grizzly Paw brewing are cool as shit. Cause you know...brewery. They opened a new facility in 2011 but I assume they were around prior. Again, like New Level lets go with opened in the last 100 years. The brewery has a pub which is pretty great and would make a fine destination after spending a day doing epic shit in the mountains.
We poured this one and a beautiful golden coloured beer showed itself off complete with a grainy photo of a good two and a half fingered head. Yes these photos all suck and I apologize, especially the bottom one. I would like to blame my lame iPhone but I could have inspected them a bit better.
A nice bitter IPA mixed well with a nice lavender soap smell.... Wait a minute, that's my daughters bathroom soap I'm smelling. My hands are now behind my back and I am smelling again. A hoppy essence took over the nose and I yelled out "this smells like an IPA!" and it was...
Lots of tastes as the brewery threw in several hops including one from Australia. This one tastes like forest. Pine needles and loamy earth but in a good way it just takes me there for some reason. This one speaks from the outdoors which is awesome. It is easy drinking with none of that IPA bitterness which seems to be the growing trend nowadays.
This one is quite delicious!
This beer gets 4.5 suds out of 5. 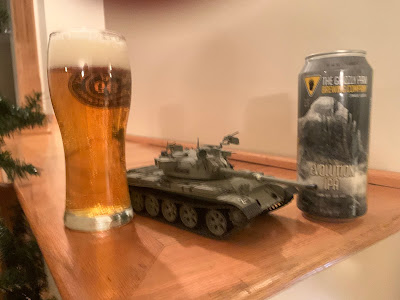