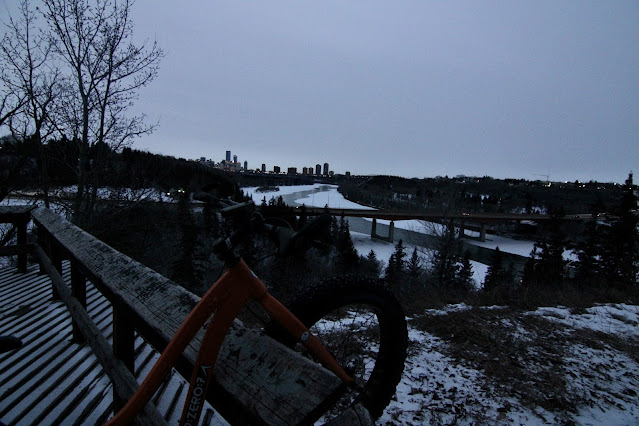 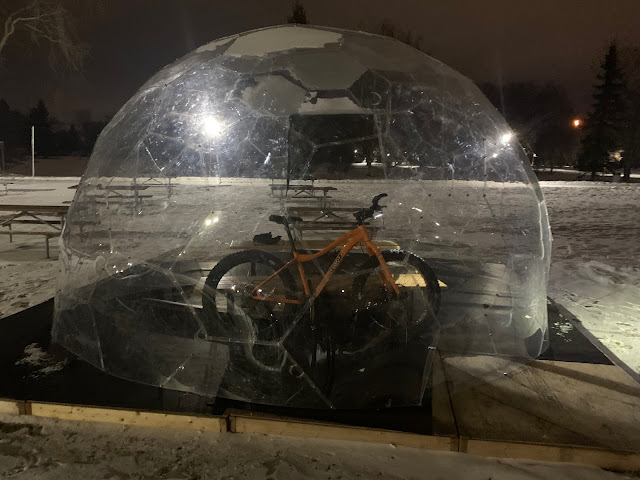 The most decent ride of the week off so far and it was still shit.

A start at the Science Park (ski hill lot) with an intended stay on the paved paths just to get some miles in. I had intended to do a quarry roll but the cooler weather kept me closer to home and I went westward instead.

It was all paved with the exception one of the best climbs up in the valley in my opinion on Low Class next to the stairs up, this is clearly the better way up the valley. The gentle switchbacks combined with the surrounding poplar trees does make this quite special. It was the plowed iced snow up top that came in and kicked me straight in the balls ruining my little bit of euphoria before returning to gross paved riding.

I knew it would be hard and the track from the previous person spelled disaster.I made it almost out and started slipping. I slid back and quickly hit the ice so hard that I swear I saw the grim reaper peaking his head out from behind a tree.

I came out unscathed except for a sore arm where my elbow took a direct hit.

The ride back to the skill hill was uneventful. The smell from the refineries had a very strong gross odour once I was in Rundle and it never went away till I got to the parking lot where a lot more people showed up to ski in the skunk ass gross air.

Yes, I am aware I just rode a bike in it.