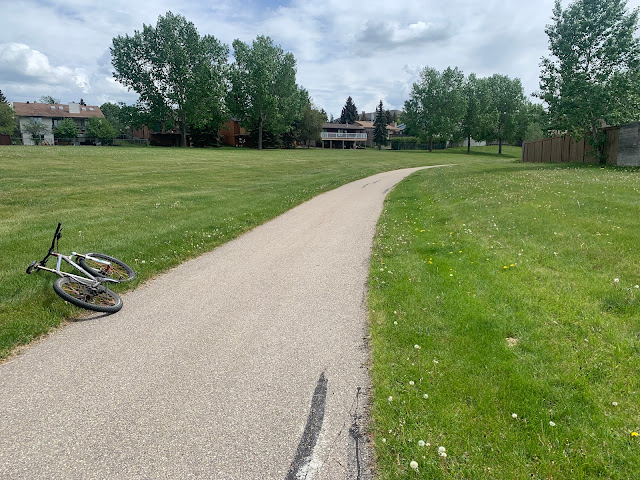 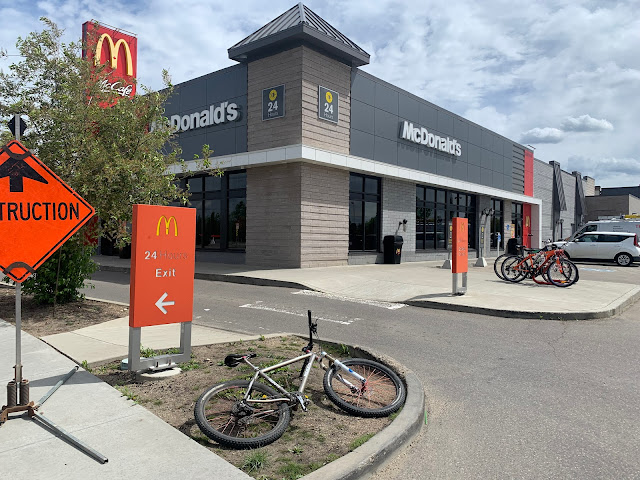 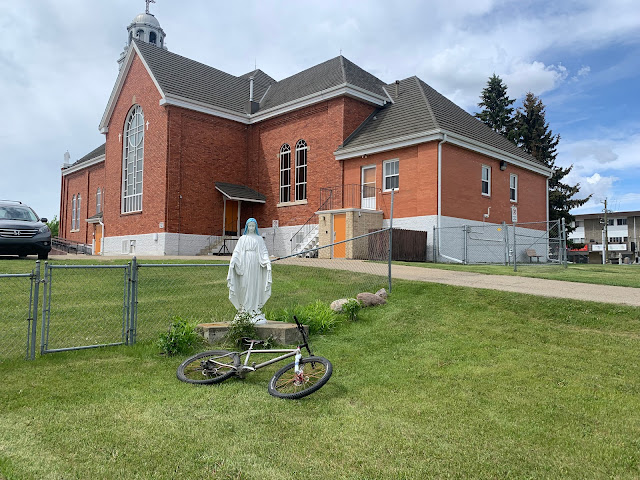 It was decided to just ride around town as I assumed the trails would still be a bit wet and it was ok. It was getting out which was the win and considering how little I ride my bike around home I think it should be done from time to time.

Comparing Beaumont to Fort Saskatchewan from a paved trail standpoint has Fort Saskatchewan blowing Beaumont right out of the water. There are paths here too it is just frustrating as there is either construction that is not marked when you enter a path and have to turn around or detour. A lot of the paths lead right to lame residential. There were also dead ends where the pavement just stops for no reason.

The amount of new home construction is quite insane as well. Countless new neighbourhoods with man made lakes and walking paths are the norm now. These neighbourhoods have very little to offer and come with shitty built homes built way too close together.

It's quite sad really.

The town is pretty decent though so I'll stop bashing it, It is irritating watching them take the decent away though slowly. I mean when you enter our town from the city the first thing you will see is a Wendy's 7-Eleven and McDonald's.

But hey… I rode. Enjoy the crappy pics. 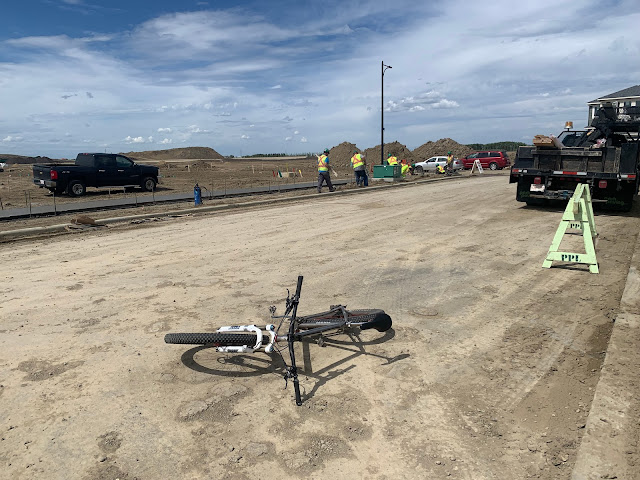 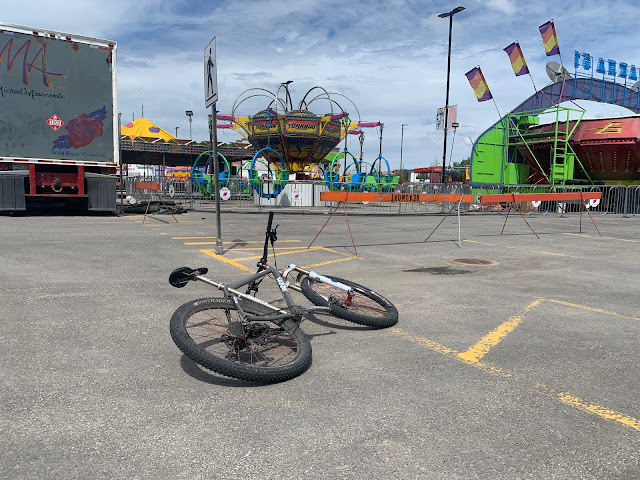 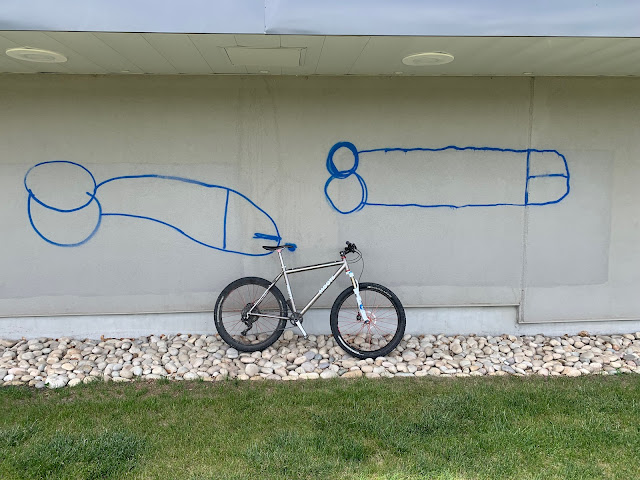 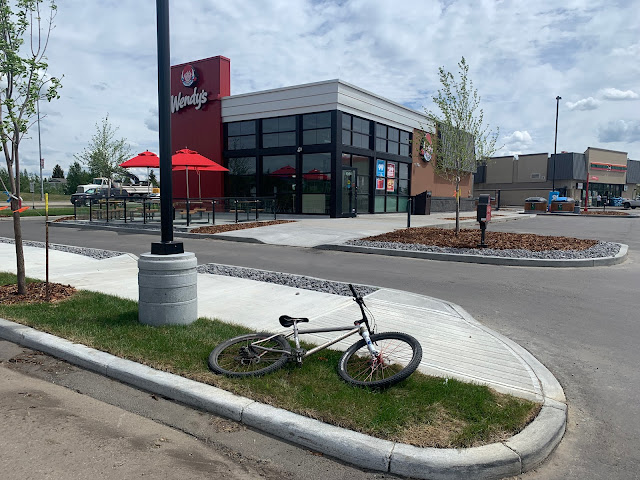