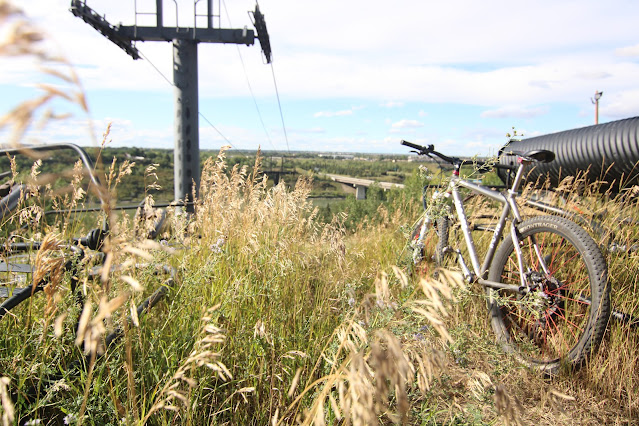 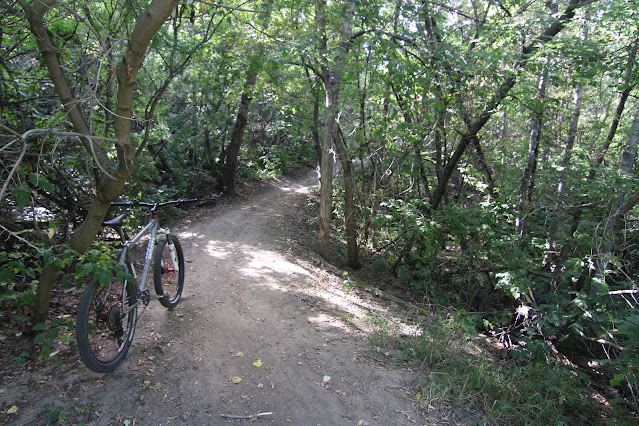 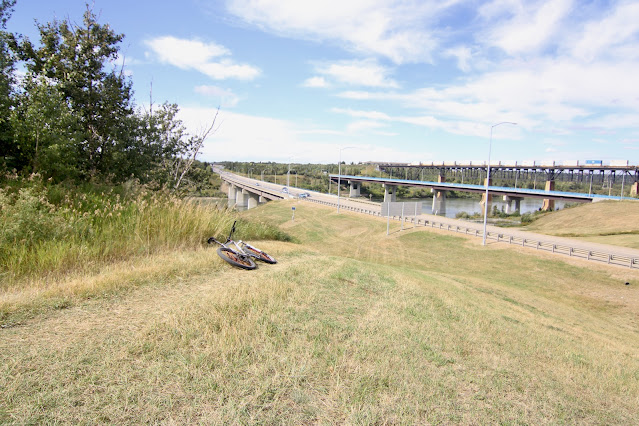 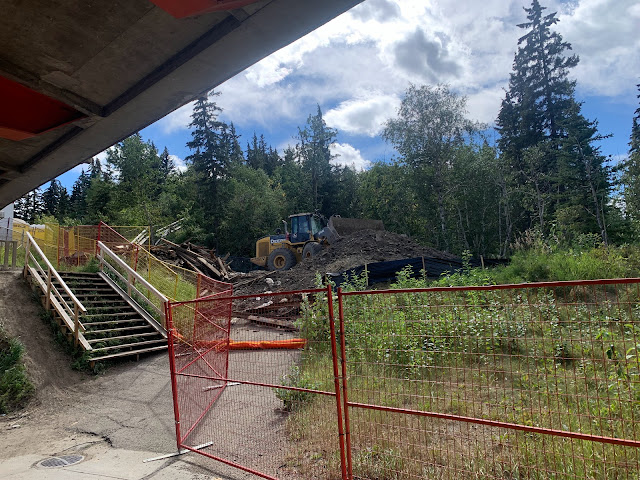 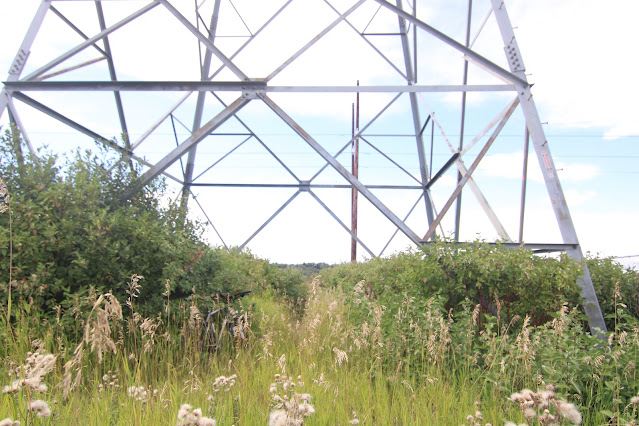 For the first time ever in the history of my riding I rode the Science Park trails and I really liked it. Is this an age thing? Primarily it was the outer loop trail that runs along the railroad tracks and descends next to a freeway. Yes this trail sounds super hella awesome now doesn't it? Train tracks and a busy road make for a super killer singletrack session.
It seems to work here, I am sure it has a name now just hold on a second…. Well it has a name but it is pretty boring, CSG Course -6.

But you already knew that didn't you? Why did you not tell me to stop?

I didn't ride any of the interior trails. The ones I find that have very little to no flow. I crossed the river after into Rundle and eventually crossed back and found Golddigger where dried and cracked trails slowly took me towards Capilano where I stayed on singletrack via Moonraker, Sideline and then Risky Business.

It was all quite incredible and to make it better hardly a soul was seen anywhere. It was odd as the temperatures were perfect for riding and just being outdoors.

I crossed the Capilano bridge hesitating on how far to go. I had plans later and was scared to go to long and just rode up Low Class and Higher Education. Right now in my opinion is the best climb up and out of the valley.

Ada boulevard took me back the the pedestrian bridge through Capilano where Moon Raker and Golddigger took me homeward bound. This time there was a lot more traffic.

Feeling like I needed more I took the Science park trail I started with in reverse which made a very intense climb next to the freeway a sordid sad walking affair as I pushed my bike up whilst the silly twits drove by in their jacked up Berta F-950's down below.

The ride ended well, with a visit to the peak of the great river valley ski hill where I took a quick break before flying down the hill brakeless to the Jeep.

I yelled 'Wheeeeeeee' the whole time.