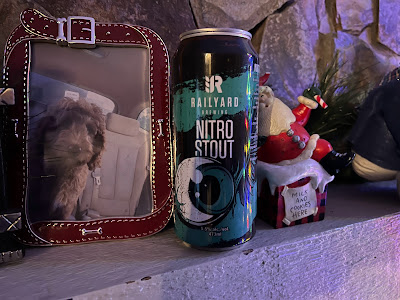 Oh hey again, we are back for our third instalment of Lonebikers Christmas 22 Beer Friday Bonanza. I think yesterdays write up before I got I to the beer was a little weird and I almost edited it out and decided to just leave it. Instead I made a promise to myself to write about something wholesome because it is still sort of Christmas and this is a family bike beer blog. So I will write some suggestions below and let you choose what I talk about. Lets go:

Guess the next plague.

So what will it be? I'll wait till you answer.

Guys I'm sorry, I went too far again as I have been stuck in the house all day and this is the end result. I threw away the thought of a bike ride which would have been better than sitting around the house. Instead you get this version of the lonebiker where deep down I am kind of concerned as to why everyone is now driving the same god damn car nowadays but figure that will be boring so I introduce spicy tops like suicide to the mix. I am sure this is not the first time someone has read something on here with raised eyebrows.

Railyard Brewing from Calgary is one that I was sure I had on here before but did some searches and could not find anything making this Alberta brewery's debut on here! *interns stand and immediately applause.

You may have noticed a theme of stouts over Christmas and we have another that rolled into the glass for the third day in a row. This time though Railyard's had very little head and our head pourer had to fight a little to get the slim one he got for the picture. The same roasted malt smell with chocolate and coffee.

This one has a nice feel in the mouth. A body feel I think is what the good beer reviewers call it, this one was nice and smooth and had a nice balance of roasted malts, chocolate and you guessed it. Coffee. Wow, how amazed you must be. This one was nice and smooth. It was tasty and a bit more pleasurable than the others I tried this Christmas. A great stout showing the others who is boss (at least in lonebiker lore.) 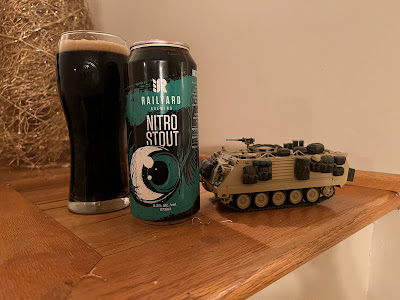