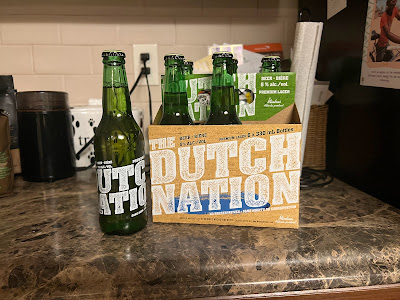 Back for another beer Friday and it's close to Christmas. Don't worry we will be having a special Beer Friday Christmas special on one of the days off over that glorious holiday so until then we are just doing our regularly run programming and this week we have one that tricked me at the store thinking it was some sort of foreign exotic beer and it turns out it's just from Calgary.

Yes any local beer would get the same reaction if they tried tricking you into thinking they are foreign and Dutch but when I think of it its my own dumb ass to blame. The Dutch are cool and wouldn't have their Dutch branding plastered all over the beers.

Minhas has been on here before and I don't think the track record is top notch. It seems like a discounted and cheap micro brewery and most of the beer previously reviewed did not play out too well in the lone biker testing lab.

A lamer visit to their website told me they don't really care as I clicked on the Dutch Nation beer and it took me to a link to the micro brewery page and a link to the top ten beers Minhas produces. I wanted to read about Dutch Nation and why it was named that and there was no write up to find.

Oh well, we poured and hardly any head was formed and I was already disappointed. It was a bad sign. Now when you pay $11 in central Alberta for a six pack of bottles you should know that is quite cheap and is why I hopped on it cause you know… Christmas spending.

It smells like… urine. Well a sweetened version of urine I guess you would say. I will stop offending this one and tell you it smells great but I can't lie. Are there any sort of hops in here? I seriously am wondering. It has a musty tinge for me which is where I get the urine smell from.

This doesn't taste much better either. For a cheap beer I would say that one would get ripped off for buying these. This might be another odd lonebiker beer review I cannot finish. It is heavy on the skunk taste which seems to mask everything else out. The finish is a dirty feeling of fruit that has been abused by some errant grocery store produce boys and yes I am a former produce boy. What is up Mainstreet Garden Market IGA Millwoods alumni!

I would try to be nicer but Minhas clearly gave zero fucks about this one. The Dutch should be upset about having their name on this. I tried to find good qualities from it but kept coming up short. Has the fruit been damaged mentally from sort of horrific tragic event? Do not buy this for it is pure crap. I have five more and I don't know what to do..

This beer gets 0 suds out of 5. A lonebiker first (I think.) 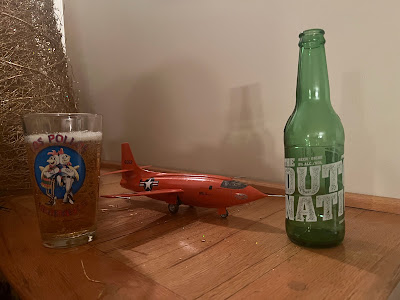