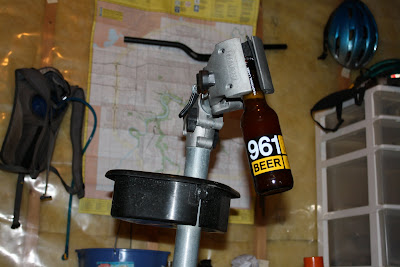 probably not available at a liquor store near you

From the lovely country of Lebanon comes this rare beer . 961 , there story is a little different than the rest you may have heard and know . It`s usually a couple of brothers who buy an abandoned warehouse and start there dream of owning a brewery , or the classic tale of a brewery started in the 1800s and got passed down from generation to generation.........ppthhhhhhh.........gag me with a wooden spoon ! 961 has all these guys beat , they started in 2006 in the middle of a war (in Lebanon of all places...........who woulda thought that !)

you see , while the Isrealis were bombing the hell out of Lebanon these guys started a brewery , now that`s hardcore ! Take that Coors ! First Impressions of 961 were not that good as me and Sheri took a sip and well let`s say , were not too kind about the flavor .

I went to the beer testing lab and did some more research and was surprised from my findings . Well , o.k only one thing surprised me and that was the pour , this stuff had a bigger head than Marge Simpson . I`ve never seen that before . The smell was a bit sour which I find common with alot of eastern beers (but then again , what the hell do I know) The taste was sour as well and I would say if you have a taste for sour beers then get it if you can find it . I got lucky . 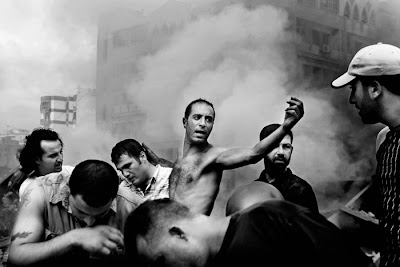