Hunting vs biking part 2 The Act

O.k , first off , in part one I believe some people may have taken it the wrong way and may have been offended and to all those offended . SUCK IT UP !!!!! no seriously I didn`t mean to offend anyone with part one , for the most part , I was just having fun and am having fun here as well and if you are hurt than maybe it`s time to put away the Internet .

In part one I talked about stereotypes and with hunting and biking they exist quite strongly . Cyclists are looked at as the Doctor , lawyer , or wannabe doctor/lawyer, successful yuppie type who get dressed in their chamois and ride their bikes to a coffee shop and hang out typing on laptops ,and can dress a little fruity . Hunters are looked at as rednecks who do nothing but drink , chew tobacco , do burnouts in their souped out pick up trucks , and watch wwe wrestling . It`s sad how people stereotype but there are people in both sports (well , mines a sport) who do fit the image that creates the mold . 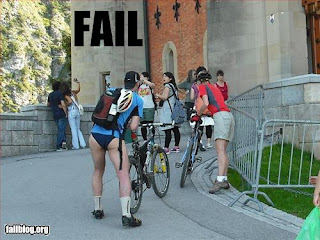 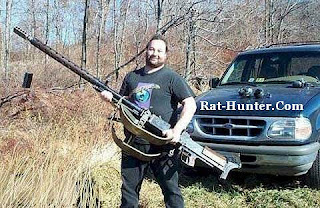 stereotypical cyclists ??????????? stereotypical hunters
the picture on top is just plain wrong , I couldn't get a better picture of yuppie bikers , sadly there are lots of white trash fat guys brandishing guns .

The act of hunting and biking is vastly different and I will admit is hard to compare . I think for obvious reasons . Riding is a physical act where hunting (for the most part) can be quite motionless . So , I`ll do my amateurish best .

Hunting . To be fair , the closest I came to hunting was shooting gophers on a farm so I`ll do my best . Drive into the woods somewhere after you got permission from the landowner , tags from the government , registration for firearms . (I`ll be honest , sounds like a huge pain in the ass) Haul your equipment into the woods and set up your blind , or treestand and sit and wait quietly ...........................for hours .................... pretty much motionless ...................be quiet , don`t even whisper to yourself . I have heard stories of guys falling asleep in their treestands . Once an animal comes (if any) is when the adrenaline kicks in . The actual kill shot is supposed to be euphoric , orgasmic , basically what attracts so many people to hunting . Most of the time the animal is wounded and hunters have to track their prey (which is a draw for guys). Once the animal is killed and found comes the fun part . You have to gut that sonnofabitch and well that`s just boring and gross . In the end hunting does have it`s high points as far as adrenaline is concerned . 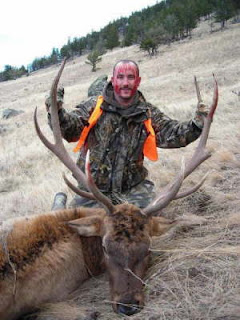 
Riding das bikes . No bias here ........................Really ! HA Ha Ha HA ........ Oh my lord . I will be honest with you . While doing this post I was thinking of times I`ve been bored on my bike and can honestly say it`s never happened . Just the other night coming home in the cold dark depths of the river valley after a crappy ride I still felt good . Every bad ride I`ve had was still better than not riding . It does have alot to do with the endorphins that are released while excercising .
Their are lots of things about riding that make you love life , technical climbs , technical trails , smooth fast flowy singletrack , long epic rides , cleaning hard lines , cleaning super hard rooty climbs , the smell of the woods (o.k hunters get that too)the smell of the woods in the mountains while suffering on a long hard climb , the smell of the woods in the mountains while coming down an insanely fast fun trail after climbing up the other side ...................Shall I go on ?

In the end , it`s obvious that I am very loyal to riding bikes and you all knew this was kind of a joke for me to compare hunting to biking . Were not done yet kids , we will compare equipment and women in future posts . Will I be swayed ? Stay tuned 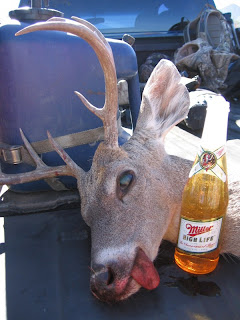 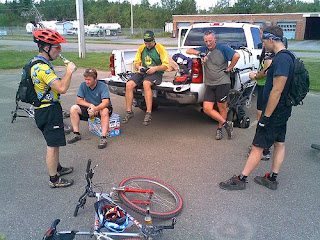