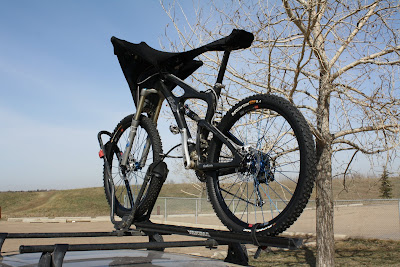 the last the new wheels would look brand new

It has been way too long since I rode this bike ! It was early October of last year in Fruita when I last rode this little black beast . After going through Fall , winter and most of spring riding hardtails I could not believe how this bike feels ! It`s new nickname is "the couch" , and I can say that with good reason . I forgot how smooth this bike is ! Large roots and rocks felt like they weren`t there and "the couch" rolled over them while I giggled like a schoolgirl........I mean boy , oops . The only thing this bike was missing today was a big screen t.v and a six pack of coors .

I was thinking about today all week and it finally came , the new wheels got to roll and the new brakes got to stop them ........It`s like a match made in heaven ! I took lot`s of pictures today so I`m not really going to talk much .....so I think. 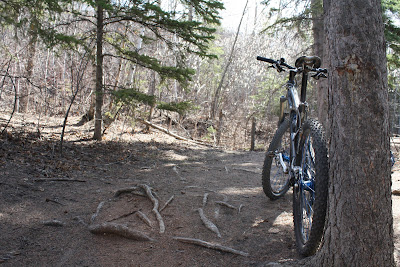 inside the home of the Ewoks

The route today was something I`ve been thinking about doing all winter . Strathcona Science Park to Terwilliger . I had planned on doing a couple detours on the way back like hitting Mill Creek and Mckinnon but coming back from Terwilliger I was low on fuel and I didn`t pack as much as I should of , I was cursing myself for not bringing energy gels and I have been wanting to try some sort of electrolyte replacement to see how that would work , but no . Not today ! Instead I had a pb&j sandwich and a couple protein bars . 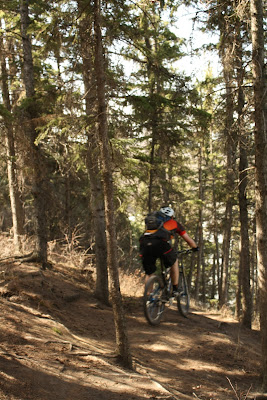 one of many self timed shots coming this year

I do have to admit , this ride killed me . By the time I got back to the car I was actually glad to be off the bike ! I purposely rode the Mojo on the hardest trails (that I know of) to see how the new wheels would handle . Normally I take it a little easier on big rides so I won`t burn much energy. 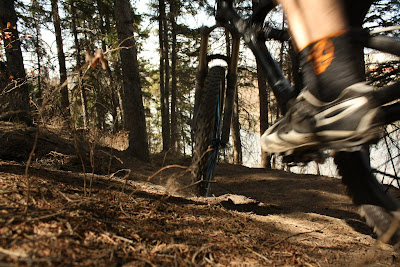 this will probably end up in next years calender

About the wheels you ask ? So far so good , they will take a little time to break in . The noisy hubs that I9 are so famous for (all part of the excellent I9 engagement system) started to get loud and turned a few heads while I was in the more crowded areas , although I am getting quite used to that with the Moots . Personally I love the noise !

The brakes too will take some time to break in . They seem pretty good so far and it is especially nice to ride a bike that doesn`t have that annoying turkey wobble sound from the rotors that my old brakes had . The levers on the Hope brakes are really cool and there is alot of range to adjust them ..... I guess kinda like my old ones . 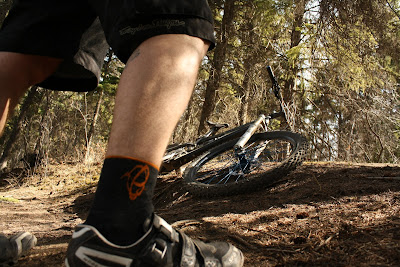 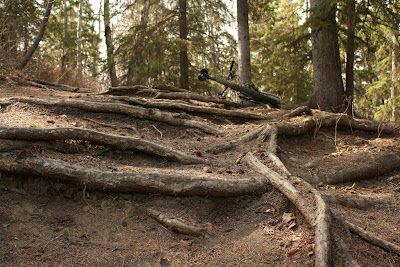 one of the features that make Firemans trail in Terwilliger so awesome .
this is so much fun to climb on the Mojo....aka "the couch" 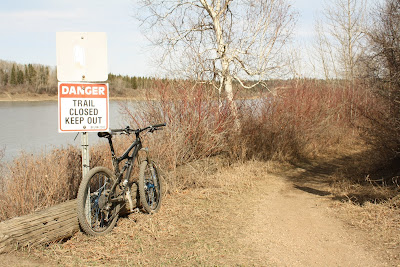 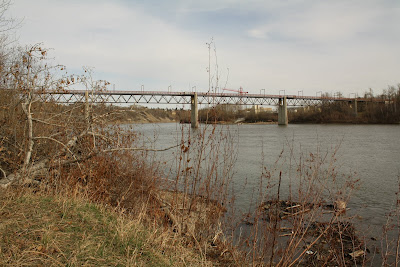 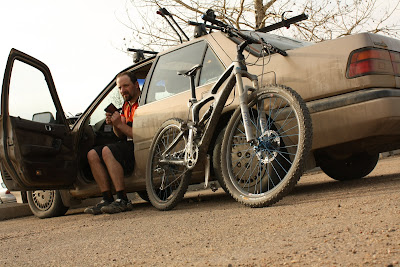 by the end I was lost and delirious , here I am looking through
my wallet to find money to buy flowers for my wife .......what the hell ?