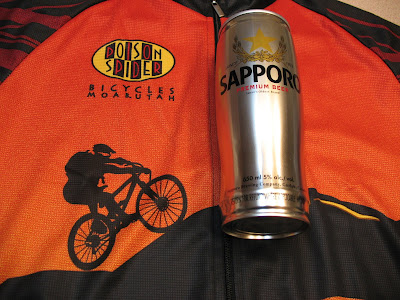 All the way from the great country of Japan , land of sushi , Geisha dolls , giant man eating monsters and of course , hot Japanese girls , comes Sapporo beer . Brewed in Ebisu , Shibuya and Tokyo (where the hell is that last one ?) the brewery opened in 1876 back before Godzilla roamed the Earth spreading terror and destruction on our beloved Japanese friends . It is believed the Godzilla went extinct in 1994 , and since then peace and understanding has been bestowed on the Japanese people .

The pour went well despite spilling it all over my swell looking Ikea desk . There was a a good 4 finger size head that lasted for an impressive 4 minutes ........Is that good ? I seriously don`t know ! The taste is quite what you would expect from a Budweiser or Coors light , and I am happy with that .......Good stuff ! Now so you know when drinking this beer you won`t feel like your in Tokyo drinking one at a maid cafe watching "the human tetris" game show cause that`s just not going to happen ........okay ! 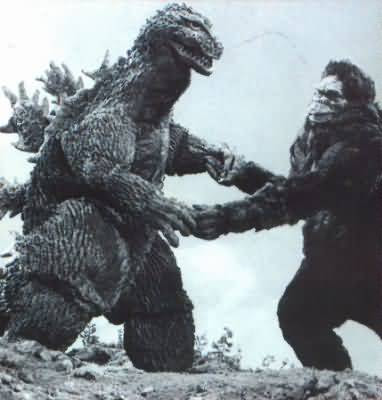 a rare picture of Godzilla and King Kong probably fighting
for that last case of delicious Sapporo beer
at April 16, 2010