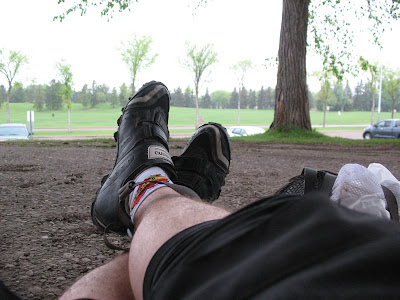 A rather long route for an after work ride tonight , with a quickly planned day trip to Calgary tomorrow to beat up some Flames fans , take the kids to the zoo , and then beat up some Stampeder fans , I know riding on my day off will be non-existent . 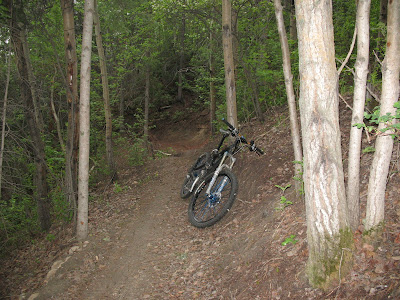 I took the Mojo expecting to ride on one of my wet weather routes to whore-a-lak but quickly realized all the good singletrack was prime .....Giggidy ! Tacky trails make me tingle all over and that`s what they were tonight , well until the rainstorm hit . For a good portion of the ride I was riding in a wet drizzle and I had the river valley pretty much to myself (have I ever mentioned how I love that ?) By the time I got back to Kinsman I saw some very dark clouds coming my way . I hit the Canada cup course and the rain came down hard ! I got off the bike and climbed up to the paved trails and rode in one of the bigger rainstorms I`ve ever been in on a bike . It was coming down in sheets . In the end , the experience was pretty cool , it was cool to see Mill Creek swell up like it did on the way back . 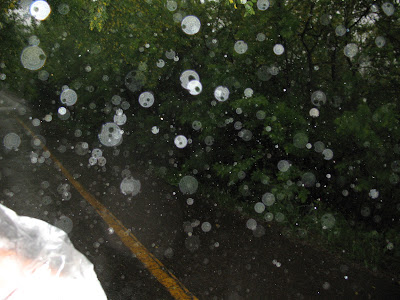 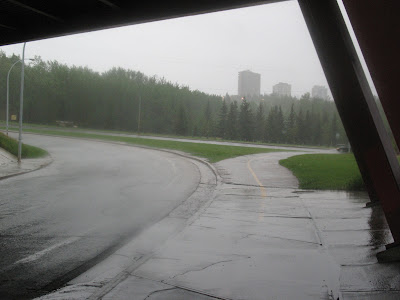 only 7 more kilometers to go , and then a hot shower and some
good old fashioned clothes ringing , and some Flamer/Stampeder
fan beating up preperations
at May 20, 2010