Fun things about December (in no particular order) 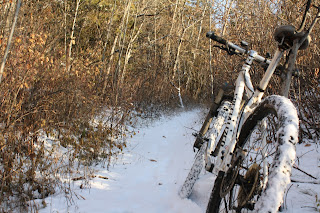 Could it be the best thing about the last month of the year ? Compared to rooty technical rocky summertime singletrack , the wintertime trails cannot really compare . There is definitely a mystique about winter riding that alot more mountain bikers are now discovering . For me , I set a goal last night to do a minimum of ten rides in December , which may not seem like lot`s , but when you consider weather , work , Christmas , and Christmas parties , plus shopping . Ten rides in thirty one days seems somewhat reasonable . 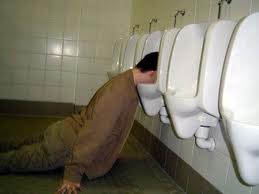 The biggest party night of the year for some people , a nice evening spent with friends and family for the rest of the population . For lot`s it is a time to reflect on their lives by "starting over"  and to start trying to improve their lives by making resolutions which most break after the first week of January . If you frequent any Gym throughout the year you know to stay away for the first three weeks . By February things are normal again . 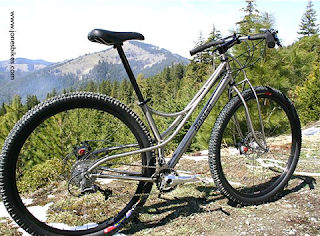 As you get older this one changes , when you are young all you can think about are the presents . Now I think about the time off and how I can make it great for the fam........Awwww , what the hell was I thinking ? Getting shit for Christmas is superhellafuc$ing awesome ! That Jones bike in the picture above ! Could you imagine if that thing was under the tree ? That would be the best day ever ! So the twenty four days leading up to it you can only imagine what could be . 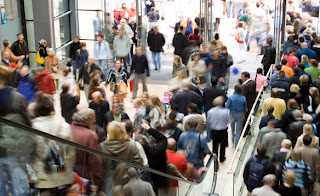 Not Going Shopping on Boxing Day

O.K , I will say it . Boxing day sucks ! Crowding inside a mall with a bunch of annoying whiny people for six hours just so you can get a good deal on a new pair of Gap jeans ....Forget it ! I`ll head out on the bike instead like I try to do every other year . Go outside , Elk Island would be super cool on Boxing day . 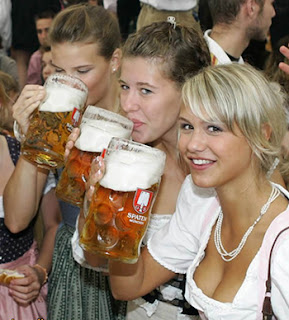 Five , yes five Fridays fall on this December . How awesome is that ? Friday is the second best day of the week and December has five of them . With that comes five beer reviews which seem to be getting the most buzz on this site (may I remind you that this is a mountain bike site first) and there may be a New Years tripleheader like last year . 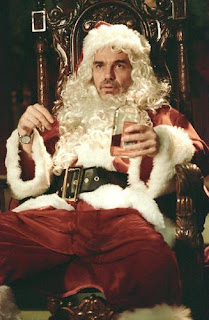 Of course Christmas is the best day of the year . Hands down , bar none ! There may be no bike riding involved , unless your very lucky . There is something magical about Christmas , the mood that`s in the air , the smell of the tree and candles . Oddly enough , Christmas can downright suck at times for people too , which I found out last year in regards to my Father as it was the first one without him . The thing about this Holiday is it pulls at peoples emotions from all angles . Good and bad . Yet Christmas still rules .
at December 01, 2010