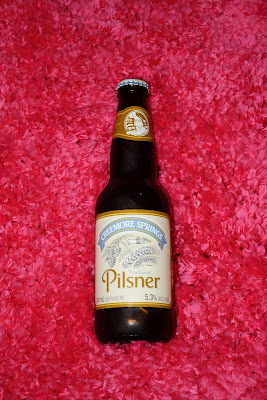 A beer review on a Thursday? Why stranger things in this world have happened, could this though be the sign of the coming Mayan 2012 prediction? Once I hit the feared "publish" button on this here post will that son of a bitch planet "X" appear? Will it come and smash our stupid asses to oblivion like those Mayans say will happen? Humph.... I hardly doubt that, but in the meantime I have a beer to drink!

Creemore Springs from Creemore, Ontario. A place I am not afraid to say I never heard of all thanks to Ontario having a complex and being so large... You know, to try and intimidate us Albertans. The brewery opened in 1987, a year I will never forget being raised in Edmonton. The fine folks of Creemore succumbed to the large Canadian icon otherwise known as Molson in 2005.

The nice thing about this beer is it was free! A donation. I have lots of beers yet to go through that were donated, and if you were one of those kind souls who tossed some my way, I could truly say... Thanks, and could I get more?

The pour showed a golden coloured liquid that beckoned brightly on a Thursday night. A one and a half fingered head didn't hover long enough for the important photo shoot. The first sip gave all that a Pilsner could. A nice sweetness that gently massaged the tastebuds emanating from the hops were enough to make me happy on a Thursday evening. 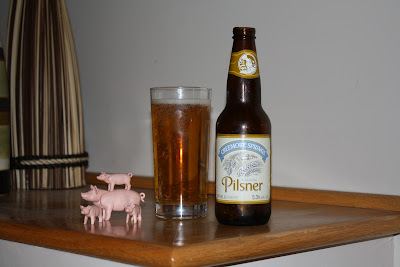