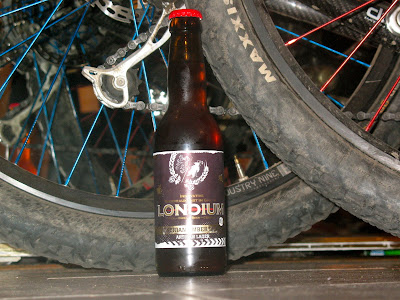 A couple days off from Friday? So what? I did fight a little bit in my head on what day to put for a title and decided there are better things in the world to worry about. What makes this beer "Friday" so special is it is being conducted on Thanksgiving "Sunday." Yes, the executives that run this here blog are ruthless blogging narcissistic warlords but I don't care. I get to drink beer!

I can honestly say this has been the most difficult beer to do any sort of research on as all the information I get is Austrian. I could easily solve the problem and play with google translate but that boys and girls is just too much work. This is the weekend damn it and I'm going to try to enjoy myself by not "Google translating" things.

At 5.5% this is not an extremely strong beer but is far from light. So all you yellow bellies that are afraid of a little bit too strong of a beer can run back to your canopied space ship beds. This one is for real beer drinkers! I poured only to fight with my replacement camera for five minutes and miss the fine showing of two fingered head this golden dark lager showed. The bottle opening in itself was on the magnificent side as what looked like white fog spewed from the bottle in small doses making me not want to pour it. Quickly the white fog resided and I poured. The first sip gave me a toffee like taste that ended with a slightly bitter aftertaste. The rest of the bottle ended well as all craft beers should. The bitter aftertaste was only a fathom of the imagination much like a good wholesome politician. In the end a toffee like citrus flavor was found. The only strange thing about this one is I wasn't yearning for another. Maybe it was all the turkey. 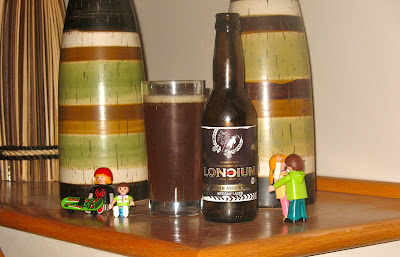