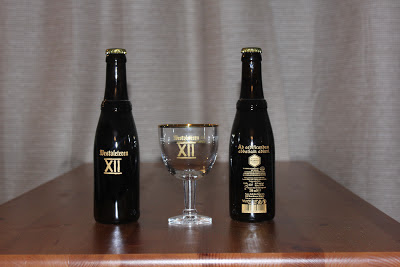 This is something that was picked up in August and I waited and waited for the right time to do a review. Several key events passed, and then came Christmas. Still no review was done. Knowing all to well I am to weird and have to wait for just the "right" moment to do this. Knowing that "right" moment probably will not ever happen, I am doing this on the last day of the year. In fact there is just over an hour left on Two Twelve as I type this.

This beer is very heavily sought after. Westvleteren brewery in Belgium only brews three beers and are world renowned. There is a very limited availability which increases the "folklore" of this beer. When it made an appearance in Edmonton there was lots of news of it's appearance in our cold northern Canadian city. Even the local news punks decided it would be a part of their six o'clock news segments. There was a huge demand when it showed up. Luckily I got my hand on a six pack. A six pack that cost just over eighty dollars! Not too bad a deal cause you get two free beer glasses in the case which make you not feel so bad for spending all that money on a six pack (It didn't work for me).

Westvleteren is brewed in Belgium by French Monks. That is the legend of the beer as I see it and that is what makes everyone go head over heels for it. The "cool" factor on this beer is rocking at an all time high. The Trappist monks brew this primarily for the benefit of their monastery. There is no reason for them to profit from this beer which is why the availability is very hard to come by and they brew when they need to.

The beer we have tonight is the "12" or the "yellow cap" as some refer to it was introduced in 1940. I opened one up and poured it (carefully) into one of my "free" glasses. The pour showed a darker, dirtier looking beer. It reminded me of the murky mud swirled looking Saskatchewan river. The head was a large almost three fingered one that stood proudly on top knowing it might just be the real King of beers. The first sip was an adventure into craft beer  Godliness.  The 10.2% alcohol wasn't all that noticeable but you could still tell it was a brute. This beer is a definite "sipper" so you don't want to be pounding these back while watching your good old boys play hockey. The taste was good with dried fruits with a strong hint of carbonation. The hype for this one is a little bit too much and once you have one you are sadly expecting more. This is a great beer but I didn't have a heard of unicorns come into my room and shoot magical unicorn beer filled rainbows into my mouth while Josh Groban came and soulfully sang making the moment all too awesome. No. That didn't happen.

I would recommend getting this if you happen to come across it. This beer does apparently get better with age so I know my six pack will be around for a long time. 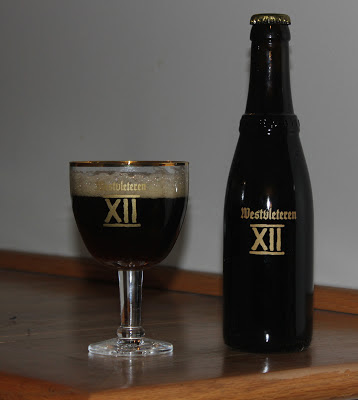 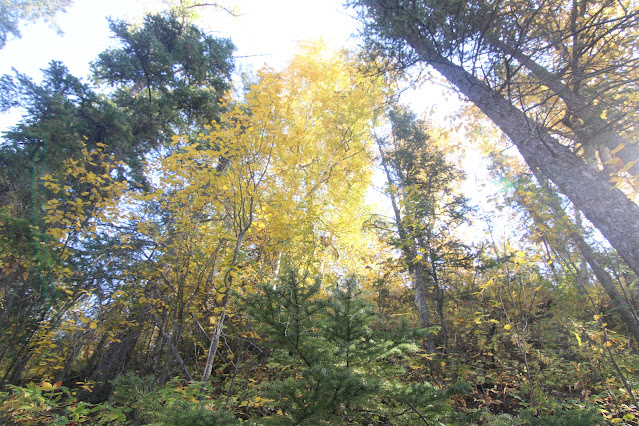