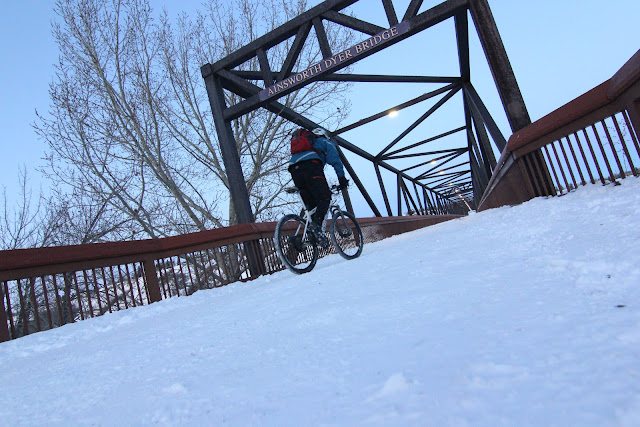 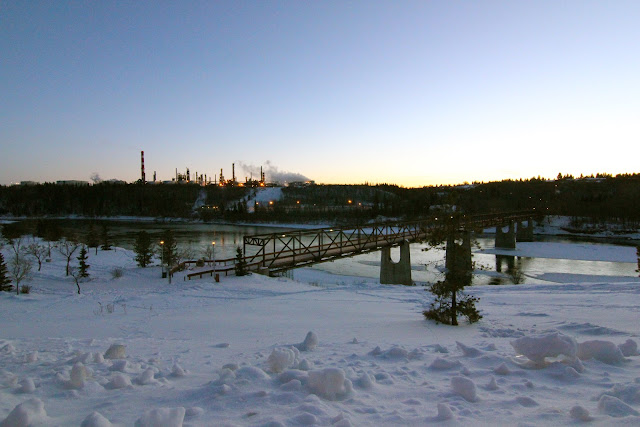 Another incredibly nice day to start out the new year. A ride from Capilano park through Rundle, a climb out of the valley to Ada and faced some strong winds on my way to Gretzky Bridge. I decided that riding down the stairs was safer than the soft snow trail right beside it. I didn't want to end up going over the bars as my front tire sunk into the snow. The stair descent was great and I felt like a champ for the first time in Two-Thirteen.

The ride was rather uneventful other then the stairs. Listening to people yell and scream at their dogs in some of the areas made me wonder why people have dogs. The frustration and annoyance that emanated from their voice as their unbehaved animal went and did whatever it wanted was quite sad.