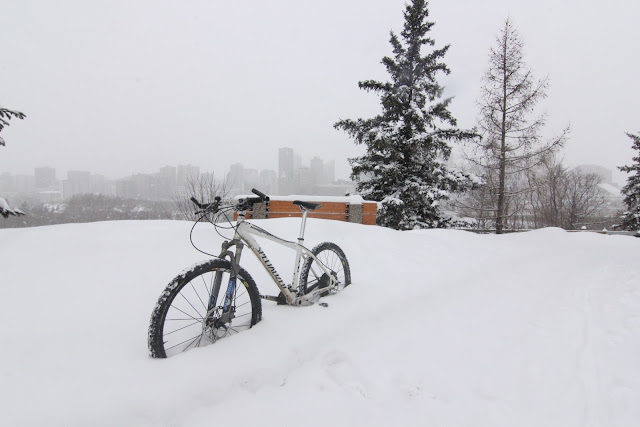 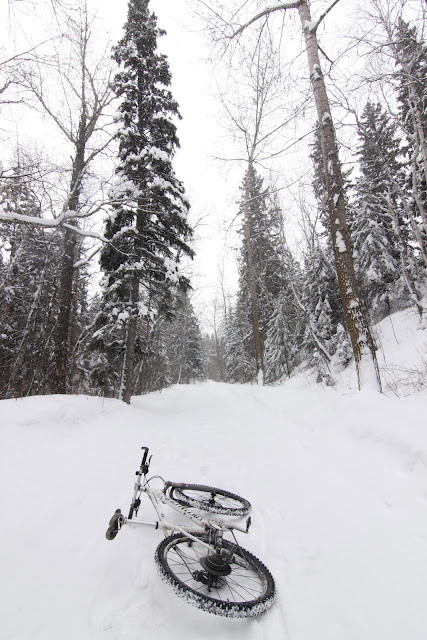 After a frustrating week of bathroom renovations that didn't seem to amount to much after putting in so much time and effort. I woke up on Saturday morning and said "screw it, it's bike time!" Oh what a beautiful day to go for a ride! I mean that literally, I love me some inclement weather. Being out in the early am in the snowy river valley would be the equivalent to a giant hockey fan getting game 7 Stanley cup tickets.

Call it a case of elitism but it sure feels great being on my bike on a Saturday morning knowing the majority are getting their mini vans ready for a big day of shopping at Costco. That being said: I married a damn good woman who was never keen on the likes of Saturday afternoon Costco shopping, or any other common Saturday places that most people end up doing and encourages me to ride my bike when I haven't gone in a while. How did I ever get so lucky?

This morning's ride from the Queen to the mighty Dudley B Menzies bridge was incredibly good. The snow was falling quite heavily at times and it felt great to be alive. Making fresh tracks on many of the trails was an honor. Equivalent to breaking all the spider webs in the early morning on some fine singletrack in the Summertime.