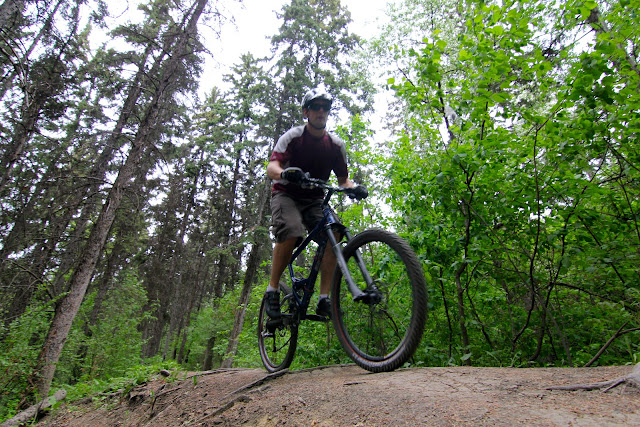 Heading out for a mountain bike ride with somebody you work with in Nisku Alberta is a pretty rare experience. In lots of cases its a trip to a bar for a couple beers and some good discussion on what kind of giant sticker can be purchased and put on the back of your jacked up pick up. I've been on those outings and don't get me wrong. Those are still some pretty good guys, but I'll take a bike ride any day of the week or year.

From Mill Creek to the UofA on the southside, a High Level wonder bridge crossing and some nice sandy steep downhills were had next to the LRT tunnel opening. Kent, who almost is lucky enough  to share the same name as me was in need of an Edmonton River Valley cherry popping. New trails were shown and conquered. Were those tears of pride running down my cheeks or was that the remnants of a fully popped bloody mosquito?

The ride was terrific and it will happen again soon. Sadly though, that will have to wait. With two of the last three rides being with people. The "angry loner" in me is wanting an escape for a bit.