My Ass is Killing Me! Part 2 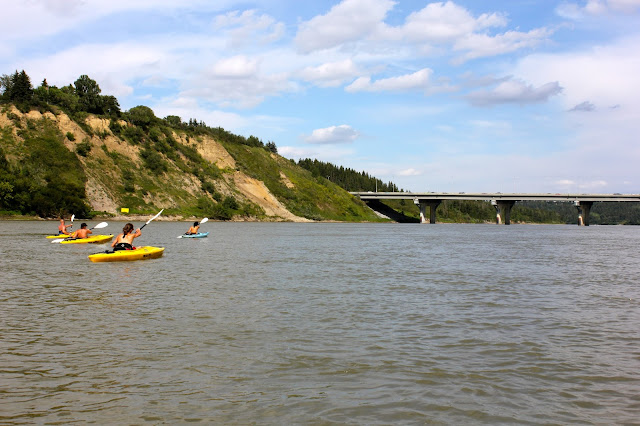 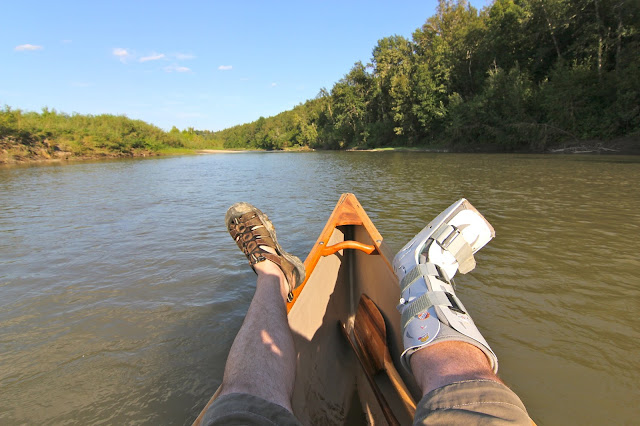 Welcome back to the exciting conclusion of last Sundays cliffhanger! I am sure your hands are clammy and your gums are bleeding with anticipation of this thrilling post!..... Wait, what the hell did I just say? Anyways, the story left off with our two hero's in the canoe facing certain death in the hands of some lunatics in a menacing power boat...

I sat bravely and watched as the boat zoomed right by us seventy yards across the river "Is that a city of Edmonton sticker on the side?" I bravely exclaimed! Yes it was, and the boat motored past and we noticed two uniformed guys standing at the controls of this motored river beast! "They are not wearing life jackets!" Yelled Kent through the unwavering noise. How very odd in an over saturated safety culture we find ourselves in these days, especially for a government run operation. As the boat passed I braced myself and nervously waited for the coming wake. Two minutes passed with what seemed like hours and the first waves thunderously crashed into our canoe. I sat straight ahead and prayed as our canoe gently rocked back and forth from the three inch waves crashing into us, another wave, and another hit, rocking the boat from side to side, and soon... It was over. Once the water was calm again I turned around and shakily told Kent "that wasn't so bad" as the final driblets of urine ran down my leg. "Did you just piss in my boat!?" He yelled! "Yes! Yes I did piss in your special little boat!" I shot back! He stared. I stared. The stench of urine started to linger. It was awkward. The hour after that nothing was said as we (well Kent) paddled on in complete silence, afterwards we pulled to shore and he cleaned the boat while I stood and watched... You know.... Ankle.

Once back on the river the ride turned back into awe. I could not get over how different things were from this prospective. More motor boats passed and I handled it like a true man, even the city boat passed by again and they still didn't have life jackets. "How very strange" we discussed. There were other people on the river that we caught up to and they caught up to us. Including a guy kayaking with three girls in bikinis. We appropriately named him king of the river for that day.

As amazing as the nature was I was most amazed at the bridges and the engineering and construction that go into building one. I have been over them countless times but seeing them from the river
made me grow a new found respect for people involved with all aspects of the construction of them. To me they were incredible to look at from the middle of the river.

The nature we saw wasn't all that impressive to me. That's because I'm somewhat of a nature snob, I like bears and unicorns. The valley gave us eagles, hawks and a beaver that belly flopped into the river when we came about which was pretty great. Thinking back to the beaver belly flop I would say that trumps bears and unicorns in the matter it happened. It was awesome and I realized you won't get those experiences anywhere else but on a canoe.

All in all, the canoe ride was spectacular. The only gripe was the soreness that overtook my ass once we flowed through Terwillegar park. I was not accustomed to the seats and these were great seats, not your average canoe wooden plank. My boy Kent knows a thing or two on the comforts of the outdoors, like bike saddles, even the comfy ones take time to get used to and I understood the reasoning behind the extreme soreness, although Kent got tired of hearing about it for the last three hours incessantly.