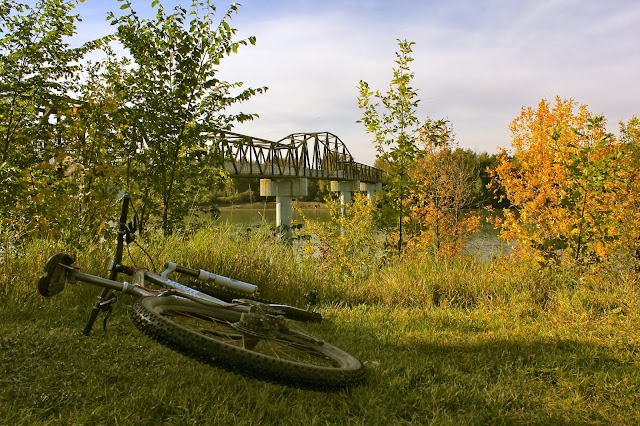 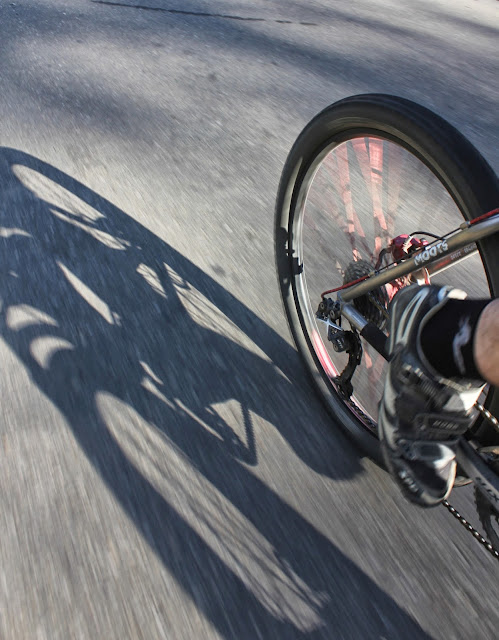 I'm still giddy about being able to ride and be a somewhat normal person again. A bit of a cool morning brought out the arm tights on a short journey from The Queen to Hawerlak using mainly the north side of the river with a rather large energy loss on my turn around point. A bit of a lighter breakfast was to blame or so I think.

The highlight was seeing a middle aged male jogger turn around and make it very obvious he was looking at a girls ass as she ran the opposite way of us. I'm guessing the way she was flopping around in the chest region only made him turn and just about fall down. Why I had wanted to turn around too but I was enjoying this guy's reaction immensely. It was pretty great! The rest of the ride had lots of what looked like retired people out riding bikes. They were everywhere as well as a large number of joggers and dog folks making me wish I could escape to the singletrack.

The lowlight was testing my leg on a out of the saddle big ring climb. It got very uncomfortable very fast and I promptly sat down and rode up defeated. Albeit, I'm riding again so life is pretty grand.