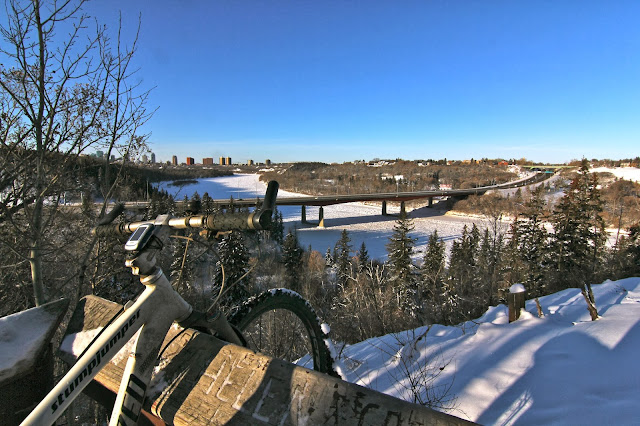 I had hoped to have this one dubbed a pre ride Seahawk victory ride. Posting this now so late in the day, that sadly was not the case. A loss against the much hated 49ers only adds to the sting.

Enough about football. This was a nice ride on a cold bitter morning which equated to a short one from Capilano park to Gretzky bridge, a crossing and up to Ada boulevard where it looks like a large housefire took down one of the houses that stood so prominently on that gorgeous street. No pics, as I rode by it looked like homeowners where there looming. Hence I kept the camera at bay and rode by...

For being such a short ride, not a lot of distinct memories other than the only other person I saw was riding a bike, sans fat tires which is all the rage nowdays. He was happy to see me and I was him. I'm guessing we felt like troopers being out in the cold. Hopefully he didn't see the bike I was riding, might get lynched nowdays considering the moves Specialized has been making. Douchebaggery here. 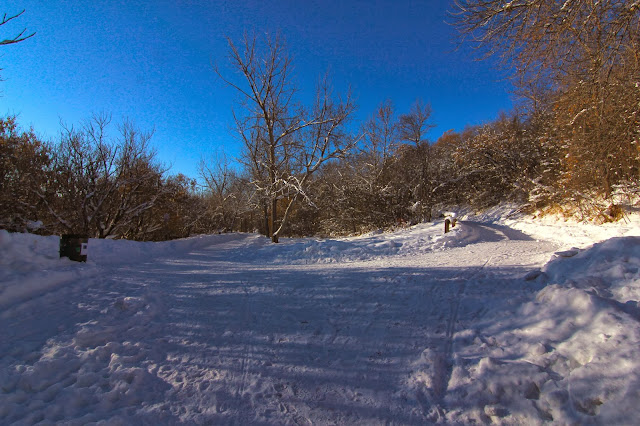