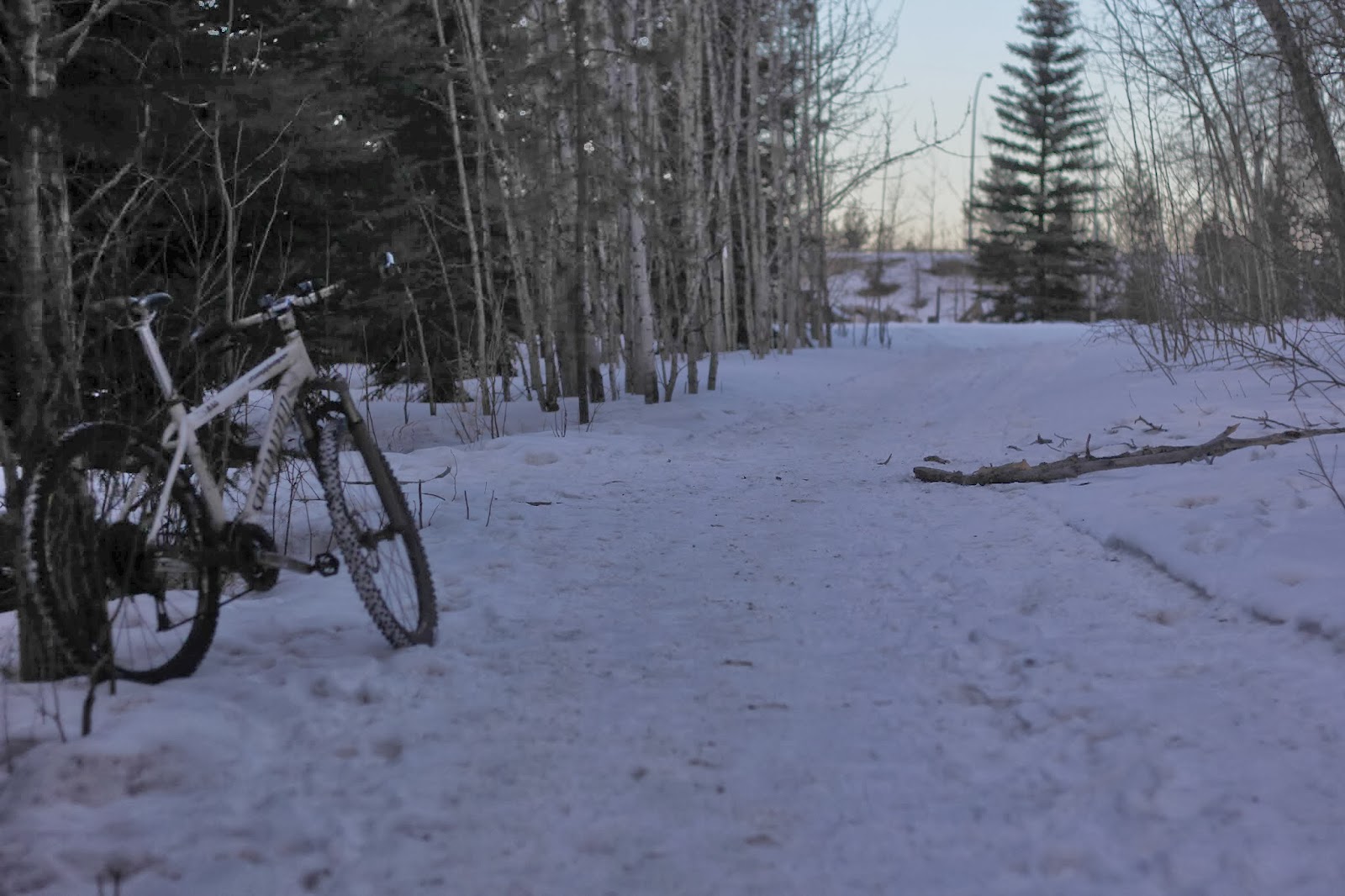 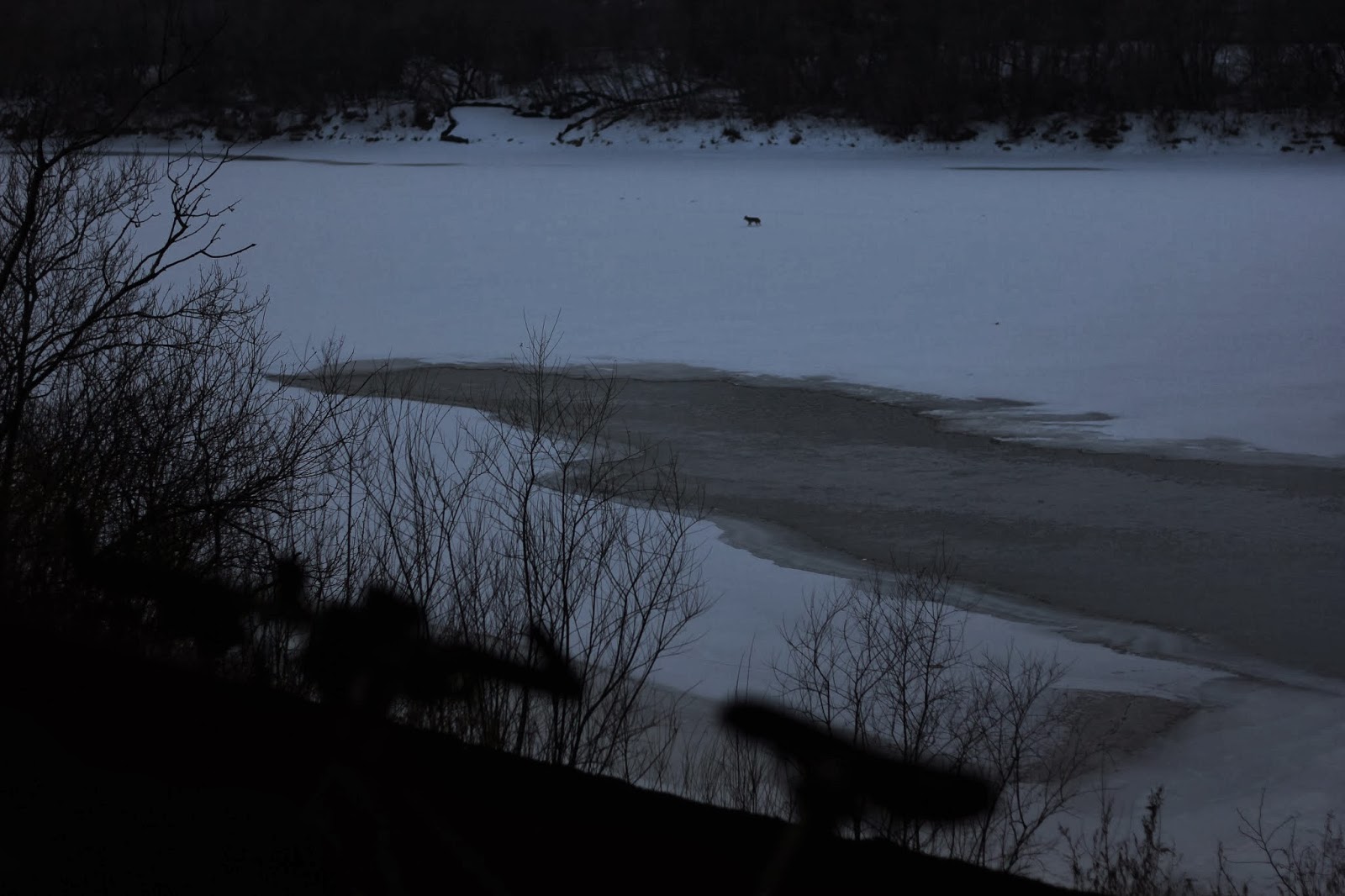 I promise this one won't be laced with profanity like last Friday's masterpiece of a ride report where two separate dogs chased me in a one minute span.

Tonight was special, an afterwork jaunt from Mill Creek to the High Level using both sides of the river where I had the privilege of watching two coyotes walk down the middle of the river without so much of a care in the world. It was fascinating as we were in the dead centre of the city and they didn't seem to be concerned. That is now the fourth coyote spotting this year for me (I don't mention every time I see one on here and dammit. I'm sorry!) I had an up and close visit with one on Ada boulevard earlier which was quite neat to see near all the houses, that one too did not seem to really care about me but he did hide in the bushes as I rode past, I'm sure he popped out once I passed by waiting and preying on someones dog or cat.

Luckily I had a bit better of a lens with me for close ups, my 50mm was attached and I did get some shots of them on the river, albeit still a tad small. If this was my regular riding lens they wouldn't even show up. It's only a matter of time until these coyotes possibly attack a dog, cat or gasp! Heaven forbid! A baby unicorn! When that happens expect the local news twits to be all over this upcoming story. Yes it would suck for the family (and most likely the dog.) I get it, so keep a head on your shoulders if you walk your dog down there. And please, don't let that dumb thing chase cyclists.
at February 18, 2014