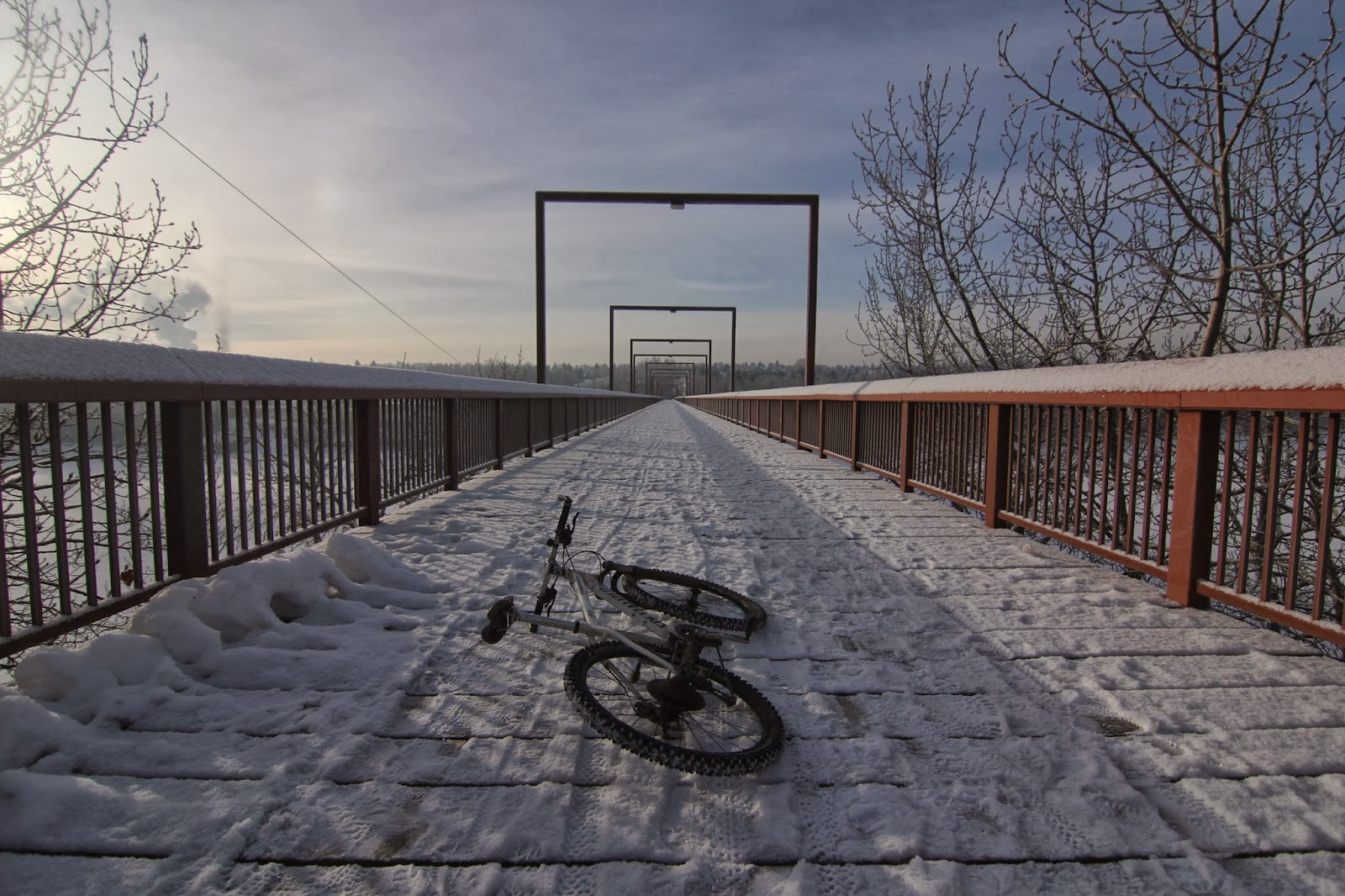 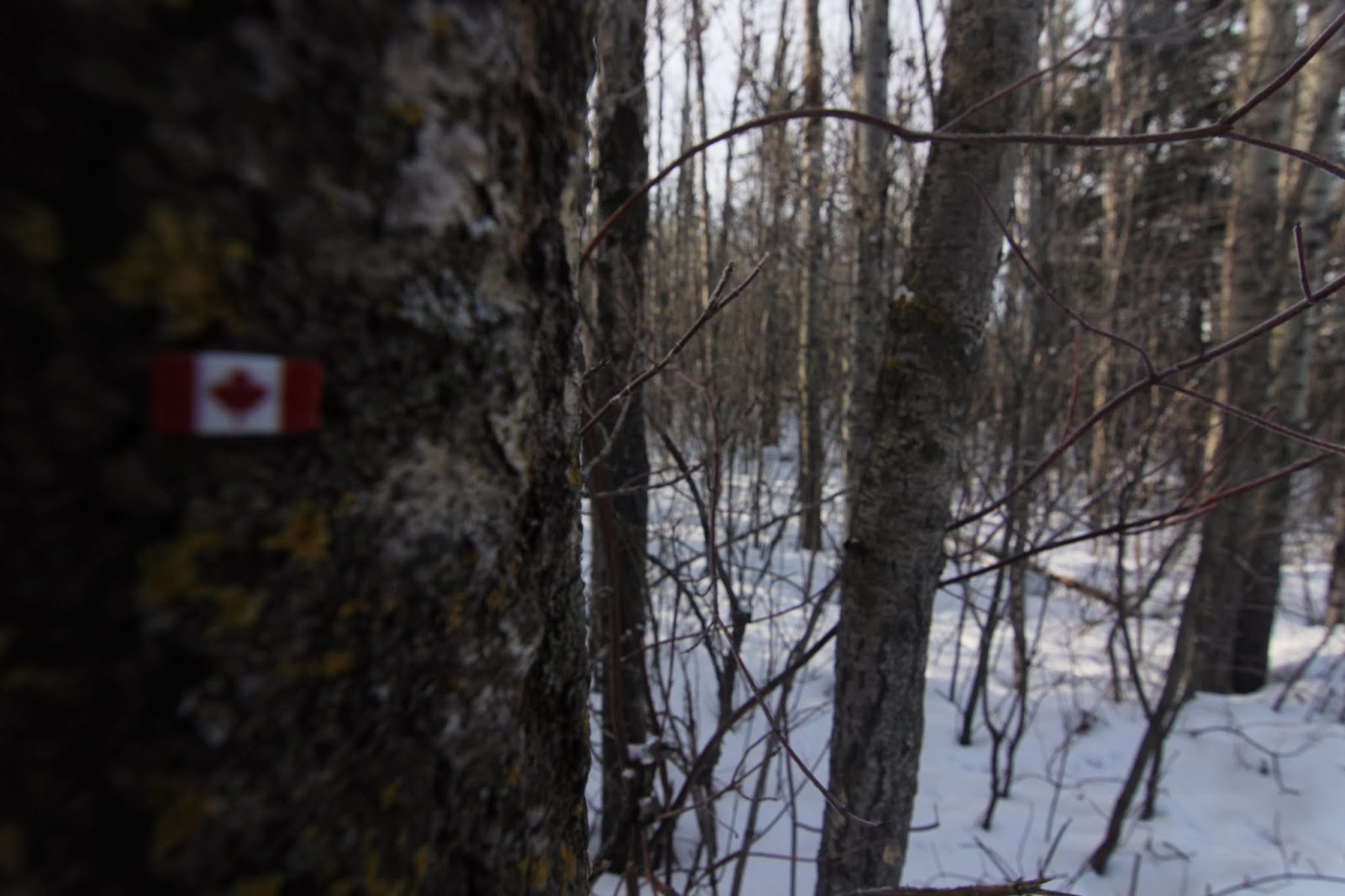 On this, my *thirty eighth birthday the plan was to ditch work and ride, not just ride but ride like the dickens. The goal was to hit thirty eight kilometers on my *thirty eighth birthday. Not normally a big deal in the Summer but in the Winter it's a bit more challenging. Especially on a bike in need of a replaced back wheel, and with new snow on the trails I thought that would have been the issue but my tires pulled through like a champion and I did not feel the wrath of the fresh powder.

The ride started at the Queen and was mapped out to do a figure eight to Capilano, back to the Queen, and off to Quesnell bridge and back for what would have been close to a forty kilometer ride. I had illicit dreams the night before of taking a photo of my GPS with *"38km" with my face smugly adorned with a smile proclaiming my sheer awesomeness at riding *thirty eight at thirty eight in the Winter...  Well it didn't go that way and I am a tad upset because I knew it could have been done. 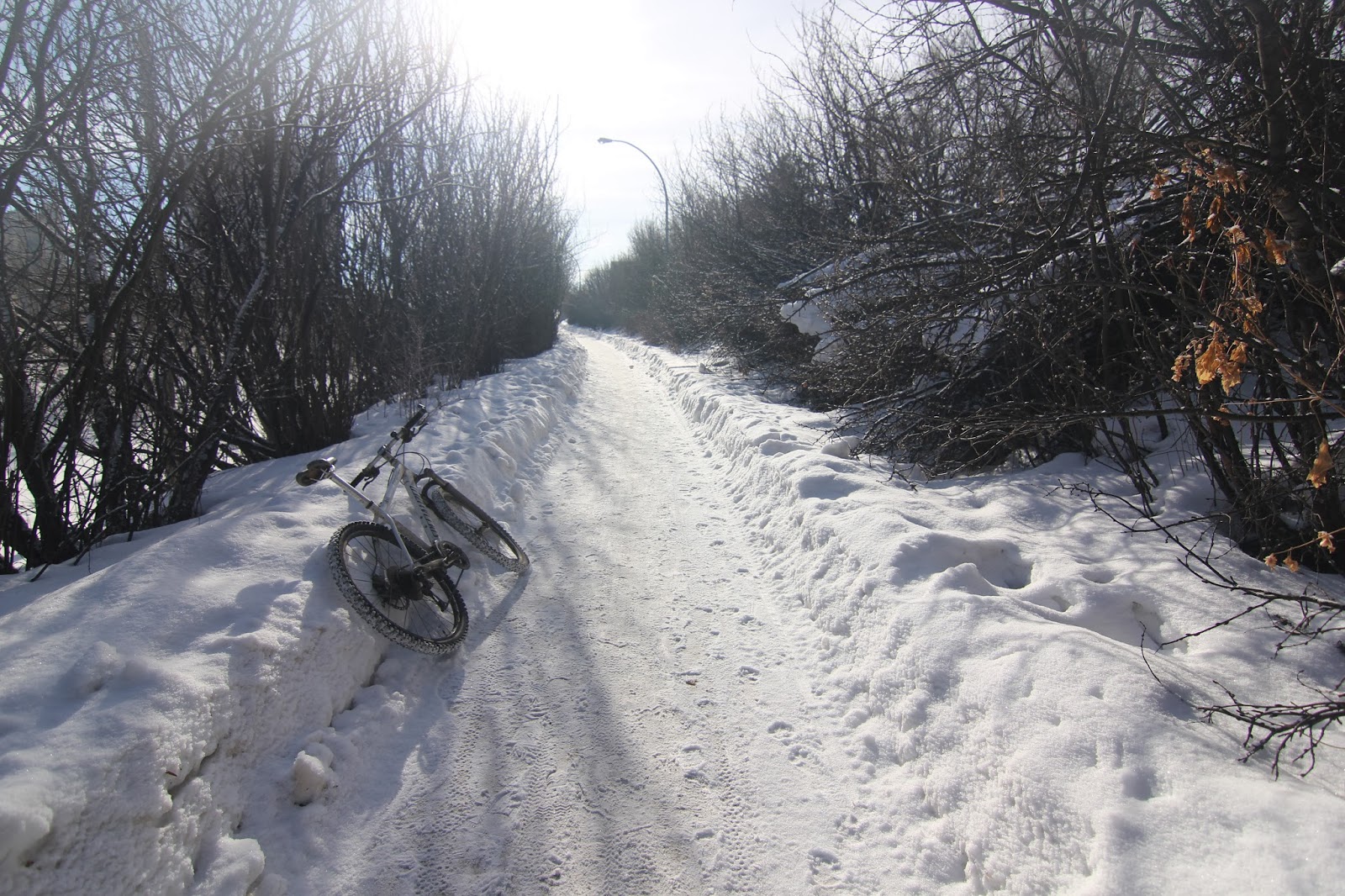 The ride truly was incredible. The best of the young year so far? Yes! My brain was the eventual ruiner of the *"38" mugshot picture as feeling fatigued getting close to Groat road bridge, the thought of making it to Quesnell was a tad overwhelming as I rode down river valley road thinking of the upcoming trek to my famed shiny balls bridge. That little bitch of a fourth voice (everyone has multiple inner voices right?) told me I would never make it and I exited up Victoria Park road and back to the Jeep.

A wise idea I thought to save energy for the many incredible *birthday celebrations to be had later that I would make my family endure to no end.

Oddly enough, staying on the rough South side of the river climbing hill after hill I never really bonked. Climb after climb and every straight away I felt alive, alive like a circus performer meeting his conjoined twin partner act for the first time. By the time I got back to the beloved Jeep I was exhausted, but deep down I knew I could go further. Further on to *thirty eight.

* We at the lonebiker apologize for the author mentioning his birthday so many times we lost count, he is a bit of a diva and thinks his "special day" should be recognized by everyone he comes across. Best advice is to ignore this and carry on with your day. Like really? How old is this dipshit? Umm 38. Do we all really care? Ya, thought so.
at February 20, 2014