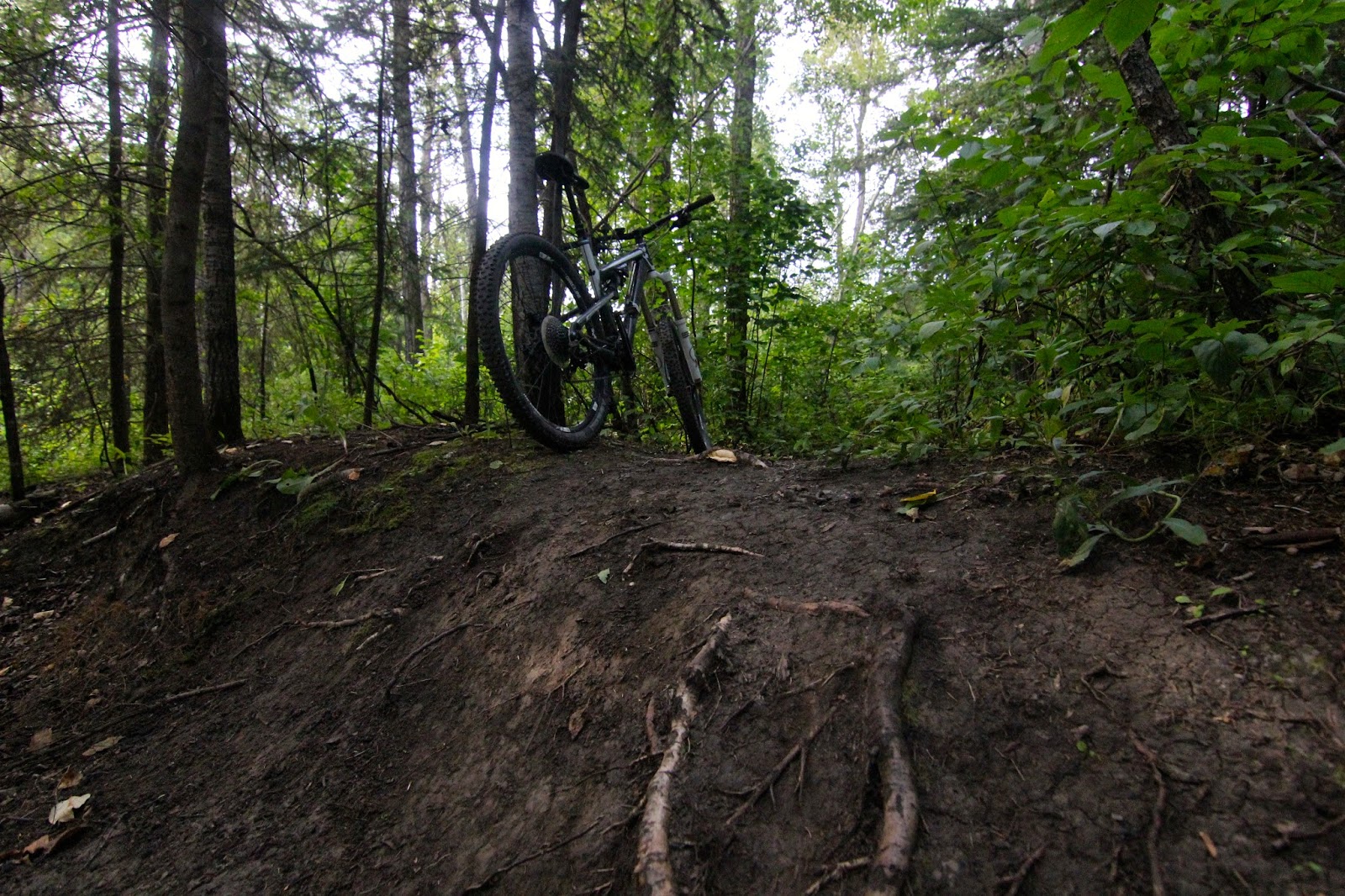 Judging by the title, this was a short one. With the high heat and humidity it was deservedly so. A rather uneventful ride on some great trail conditions. This Summer has been incredible and I only wish I could just ride my bike all day, a rather silly daydream I had at work about getting paid to be on a bike all day. I do love my job and all but still... Riding, Summer... Nuff said.

I had wanted to hit Groat Road Rollercoaster today and come back on Victoria's Secret but feeling the legs and overall mood of the body I had a bad feeling about heading out that far and I was right, the ride took me across the doomed walking bridge to Dawson where I flirted with the idea of playing in Kinniard Park with a possible trip to Capilano bridge for the return home but again. Had that feeling. Instead I rode up the tight bad single track that runs along Rowland road (I'm sure that trail has a name too but damn it... well who cares) this trail is quite obvious that it is made for riding down but I am a badass and rode it up (well, walked a bit too).

Once at the top I wanted to take the steep downhill from Mcnally school into upper Ewok but there was a wedding party there about to take pictures but I got ahead of them, dropped the post and rode it down. I'm pretty sure the bride, a couple of the bridesmaids, and one of the Mom's chased me down as they were so enamoured with my brave feat. I swear I heard their footsteps and the pathetic cries of the groom and all the others. One of the girls, I'd assume the brides Mother fell down the steep hill but I didn't stop to help. I mean, who the fuck gets married on a Tuesday? I will have no part in that.

FYI, if you read this and ride in Edmonton, bring mosquito spray. It's real bad in the trees.