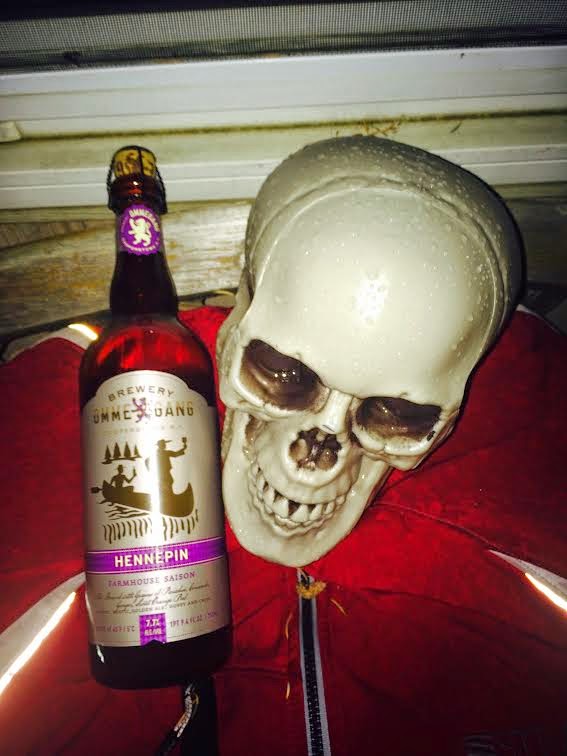 On this Halloween evening I am now sitting in my den away from the angry Beaumont streets. Up to 35 kids dressed in their Halloween garb showed up at my door demanding candy. Some even asked for a photo to be taken with the famed blogger who lives in what he thought was complete secrecy but sadly word has gotten out. Yes Beaumont, the Lone Biker lives here. I politely told the eight year old kids to 'piss off' when they asked for an autograph and a photo. Nothing against the kids but I don't want to give in to one as soon there will be hundreds. As for the Mothers of the children who mouthed quite soundly 'what a giant asshole' as they glared at me as I pushed their kid away, try to control that foul language in front of your children. That shit isn't very classy.

Brewery Ommegang located in Cooperstown, New York was established in Nineteen-Ninety-Seven and has grown rapidly since it's inception. It is ironically located in Cooperstown, home of the Major League Baseball Hall Of Fame on this, the last day of October right after the World Series has ended. Coincidence? Maybe, but who cares. This beer was donated to the Lonebiker beer review team and they are primed and pumped for a pour. that being said the pour was over the top spectacular. Read the next paragraph and you will get a slight glimmer of what the beer review team experienced this Hallows eve.

Once the wire twist top was taken off and the beer uncorked a silence that I never experienced in my life filled the room. Jaws agape, the entire team watched as I poured this into Beer Tester Mug #3. I remember lightening and thunder happening outside mixed in with some explosions at a furious rate as this one was poured. The experience was topped off as a Unicorn crashed through the wall and ran right through the lab. The end result. A five fingered head begot thee. Yes, five fingered.. I was stunned.

Thankfully everyone held it together and we tested this bold magnificent beast. The first sip of this 7.7% wonder beer was enlightening. A citrusy oozed laced spiced brew invaded the mouth and took over the senses like an angry German army rolling through Poland. I was blown away by the first taste and once the interns picked me off the floor I knew this one was a winner... But wait! In the past there have been so many amazing first sips. What will the second one bring? It brought more of an orange taste mixed with spices which I could not discern. Yet it was quite incredible. This beer has craft beer gnarlienes that is hard to beat. If you see this I urge you to get it. It will enlighten your life. From the overall look of the bottle to the arduous amount of foam lacing left on the glass as you sip it's amazing craft beer contents down. You will smile and remember why God put you on this planet. It was to taste beers like this. 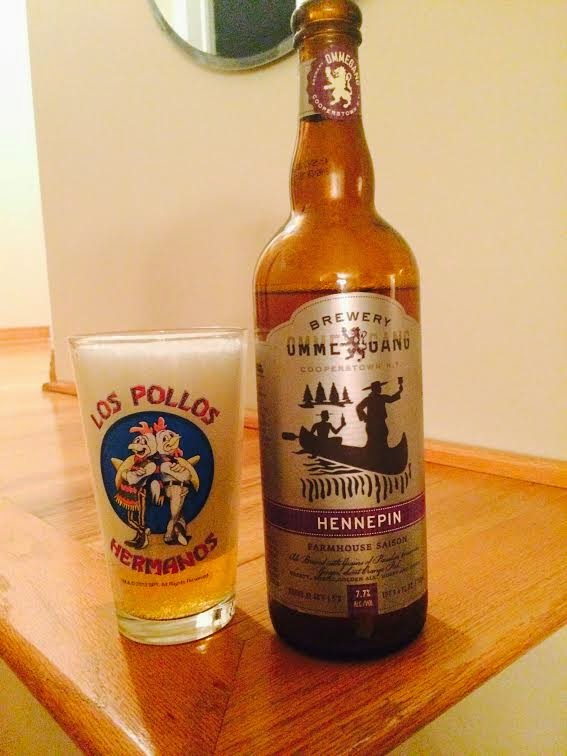