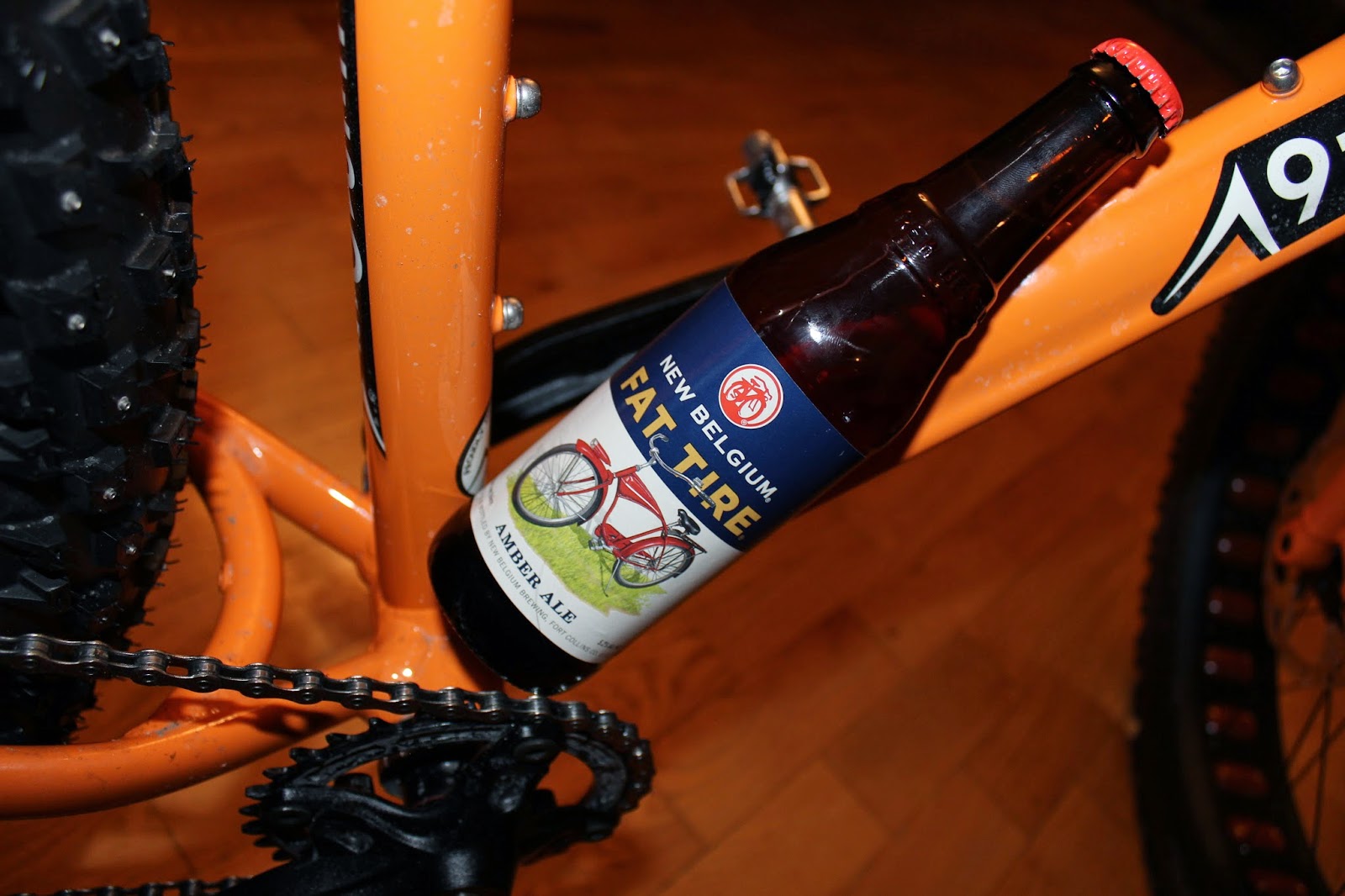 I swear I have reviewed this one before. I mean why wouldn't I? This is the pinnacle of mountain bike beer and I had one behind the beer monitor before it was available in Canada. What happened to it? I faintly remember it being past it's expiry date and with this site being of high testing standards it was not allowed to be tested. Makes sense as we have very high standards here.

This beer is very apropos of current events at Lonebiker headquarters. You cannot get any fatter than the bike that now sits proudly in my bike quiver. The bike was taken out this morning and was returned after getting out at the trailhead and I noticed clouds coming off the river. Brothers and Sisters: Let me tell you, when you see fog coming off the river water. It is pretty freaking cold out there. Normally I would have shrugged it off but something about the feeling in the air made me come home.

New Belgium brewery founded in nineteen ninety one by a man following his passion stands as Colorado's flagship brewery, yes thats right. Piss off Coors. The Fat Tire ale is named after a co founders bike trip through Belgium from brewery to brewery done on vintage bicycles. This beer has nothing to do with fat bikes or mountain bikes in general but it's roots are seeded well into cycling.

The pour was handled by our newest intern Dennis, and that son of a bitch poured one hell of a beer. A one half fingered head adorned the top of a rich dark golden beer that tempted each of us for a tiny sip.  There wasn't a dry eye in the room. It was one of the greatest lonebiker beer review moments that was ever had. The first sips went down well and the aftermath was a very crisp clean amber ale with caramel and fruity hops. A slight trace of lacing follows you down the glass as you drink this one adding to the excitement.

No bike bias here believe me, this one is a winner. 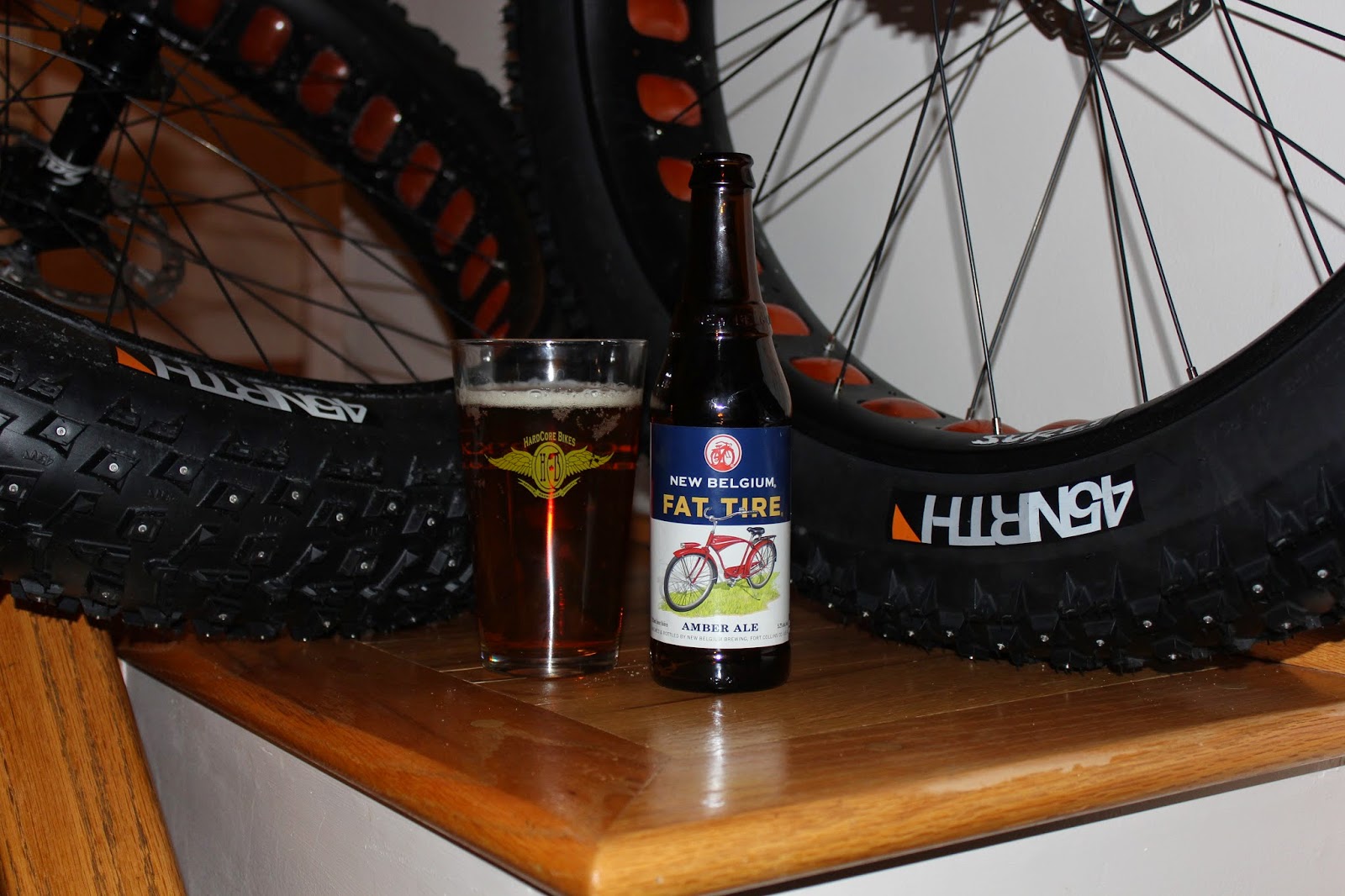