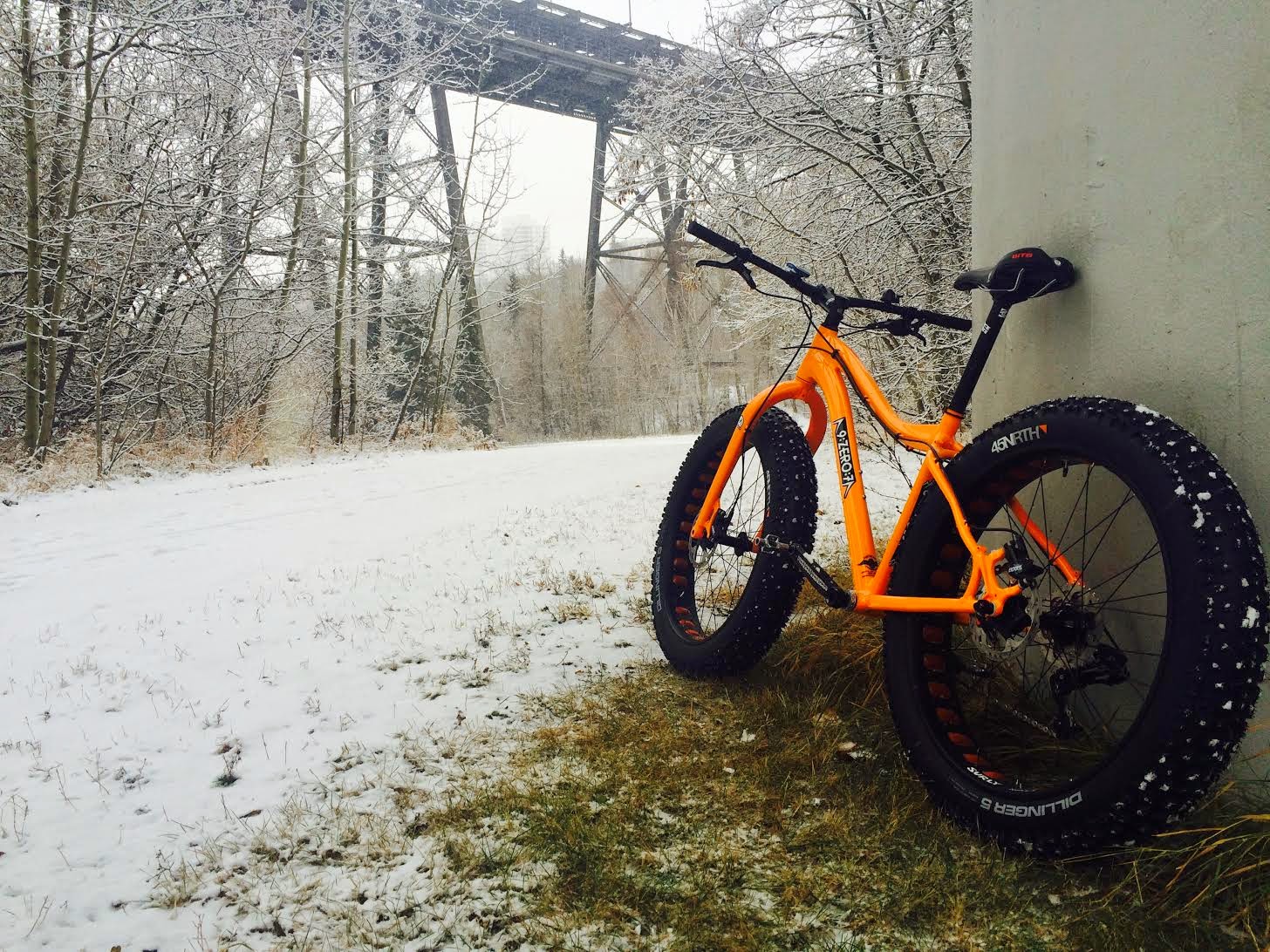 This was one of the best return to bike riding ride scenarios I could have ever imagined. The plan was to ride today but I had no idea that my new bike was sitting and waiting for me. I had texted my wife and told her I was healed and under an hour later I found out my 9:Zero:7 was ready and waiting.

In short, I was ready for riding after weeks of being off and got to do it on a brand new bike.

I arrived at the trailhead at Henrietta Louise and pulled the bike out of the back of the Jeep. Several people walked by and stared at it and I instantly realized. Ugh... I was one of "those fat bike guys."After a few pedal strokes in for the first time ever riding a fat bike I couldn't wipe the big smile off my face. Looking down at my ridiculously large front tire amused me to no end. "This bike is ludicrous" I kept muttering under my breath.

The ride was quite trivial. At first my Camelback leaked and soaked my back. I had to stop and dump the remaining water as I could not find the problem with the lid. There was a clunking noise in the rear hub which did end up going away but several stops were made to try and source out the problem. My gloves which were tight last Winter were barely able to put on. They shrunk ok, yes, that is what happened.. What? Hands don't get fat!?

This was just a test ride. To see how my new bike felt, and if my wrist could handle it. I don't think I even made it nine kilometres. Me and the 9-Zero needed to get acquainted and it showed me flashes of brilliance. Most of the ride was on Paved as it is Winter and that is all I know. I did scamper off the paved onto the glorious singletrack and it felt like home. I purposely rode Old Timers Cabin right over the same root that broke my wrist and giggled ferociously. This bike is ridiculous, in the short time I rode it today I could see how there is a giant fat bike movement.

As more miles are counted on this orange beast, I am curious on what my thoughts will be in a couple weeks. One ride today. Nine kilometres on mostly paved (albeit, snow covered trails) and it is all I can think about.