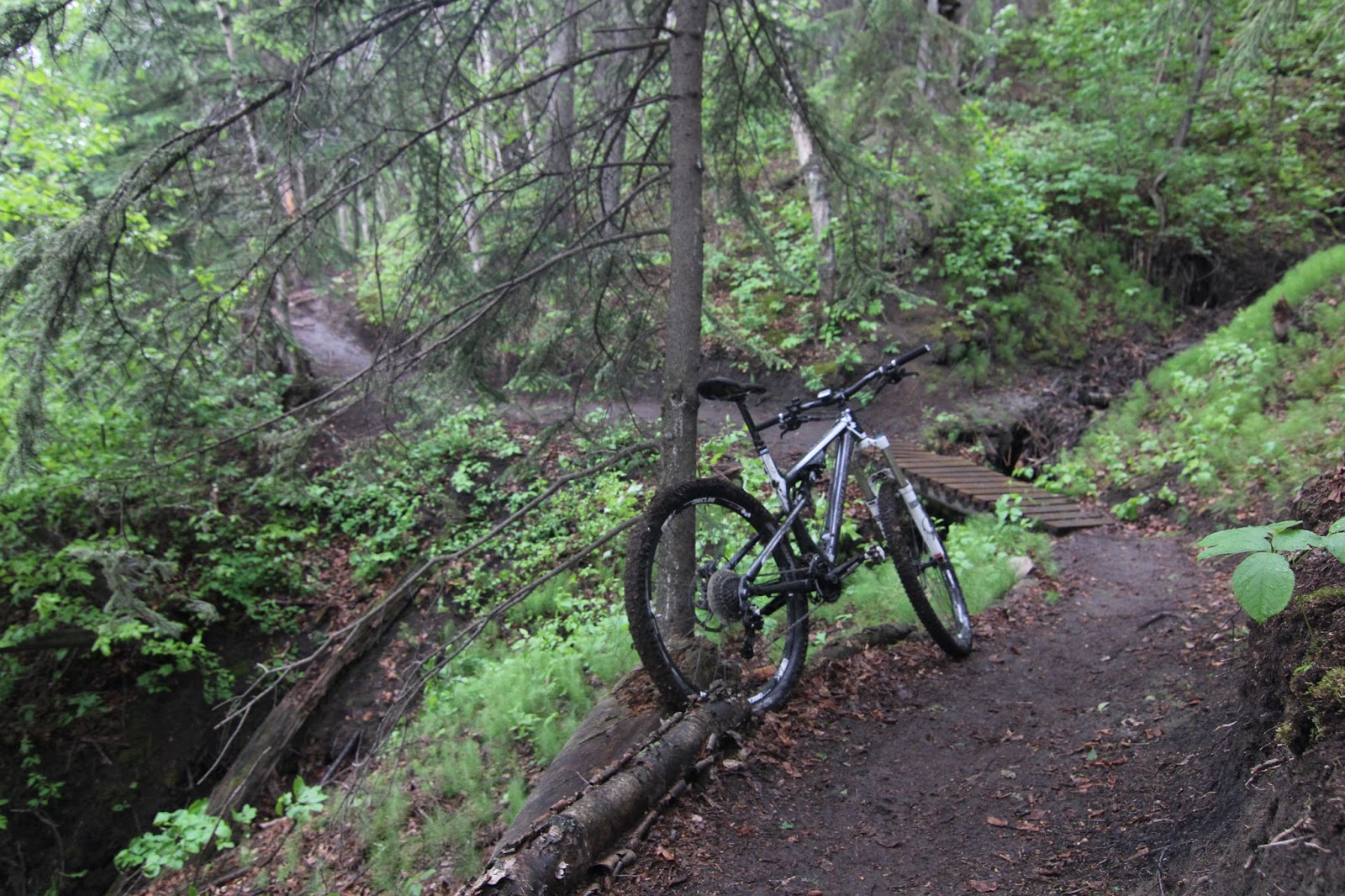 This includes the entire network from the entrance of Ainsworth Dyer bridge to the entrance of the Science Park. this includes Pipe Dream, Wally, Pogey, and Pot Luck. Why? Because Epic Awesome, that's why. Not only is this whole area an incredible spot for riding, the area has a peculiar draw to it for myself where there is somewhat of a high creep factor. Yes, high creep factor and number one on a trail list is a bit strange but if you only knew this place. You would understand. The refinery up above is what adds to the creep, that and the strange folks encountered over the years.

I would consider this whole area Terwillegars rough older sister. Where Terwillegar enjoys shopping at Albercombie & Fitch and drinking spiced latte's at Starbucks drenched in sweet perfume wearing knee high boots with tight jeans and a smile that melts your heart while giggling with her friends. Cambodia smells like cigarette smoke, has unkept hair has been around the block a few times (if you catch my drift). She hangs out with dirty bikers, yet you are incredibly attracted to her. From her torn jean jacket, tossled hair to her sun bleached tramp stamp she got when she was 15. Cambodia is bad and that is a big time turn on.

Cambodia is perched below a refinery. Terwillegar is set below multi million dollar houses. Now you understand the big difference? 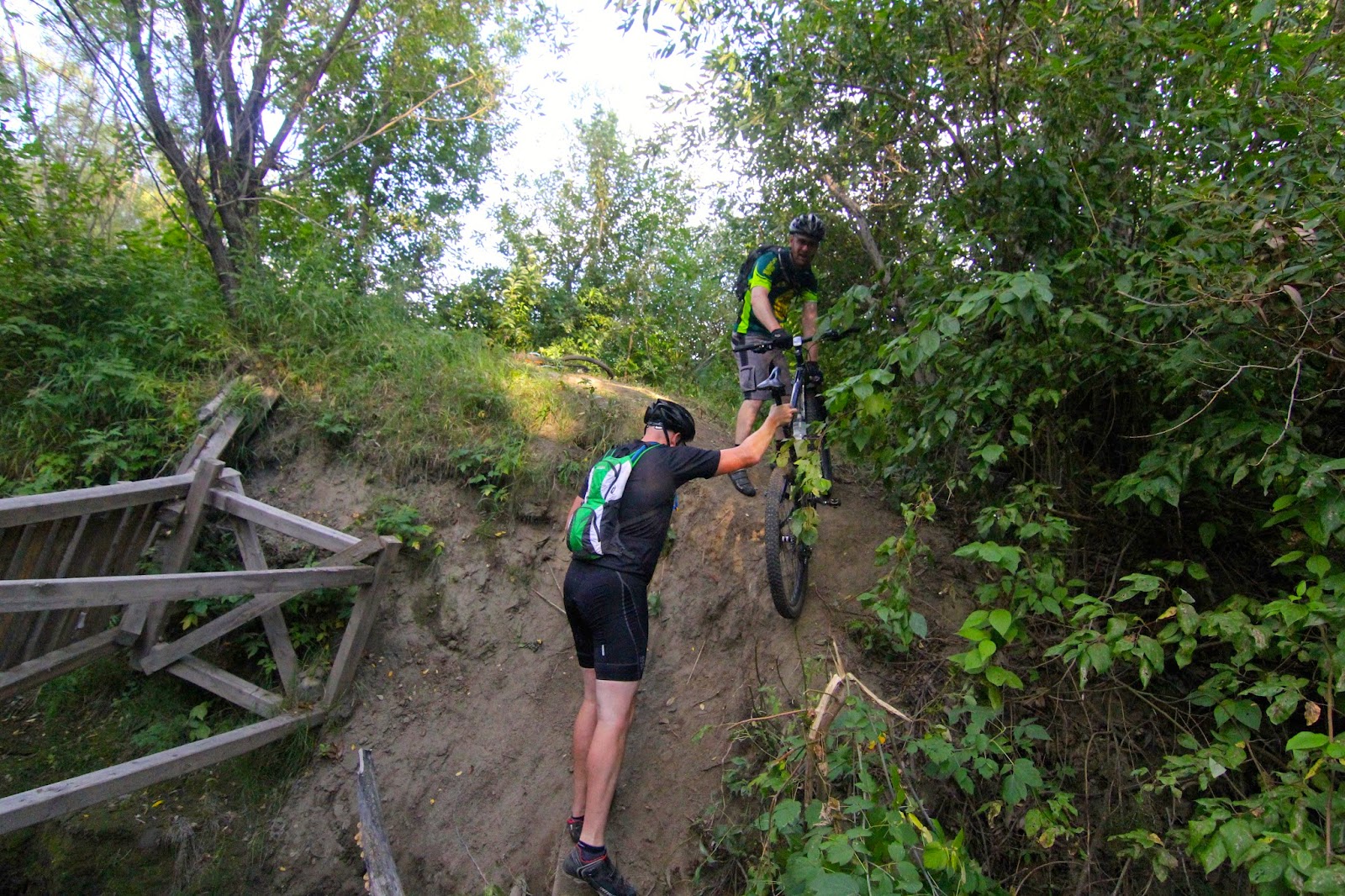 The problem with Cambodia which could make it drop down this list is the ever changing bridge problems.


From washed out bridges to seeing them get vandalized there are areas that a hike a bike over a ruined bridge is the only option which ruins the flow of the ride.

Getting to this Edmonton bike mecca is near the Rundle park bridge. An opening into the trees shows itself with an inviting trail where your first bridge crossing will occur. After either walking it or riding over the often destroyed bridge, a singletrack path flows with steep drops and short power climbs where soon you will realize this trail is incredible, the trail follows the flow of the valley and at times you feel as though you are in a whole other world. You can stay on the high side where the trail runs near the refinery boundaries. You will see steam pipes evoking the creepiness as they crack and spew at you as you somewhat nervously ride by.  Remnants of old north shore type trail features will greet you after a bad ass climb to the top of the valley. A hike a bike climb to the top of a steep drop is followed by a descent to the bottom where all three little wonders otherwise known as Wally, Pogey, and Pot Luck come to an end. I like to think of that tight dirt road as 'Central Hall' as all the trails in the area seem to meet up there.

Another way to get to Central Hall is via Pipe Dream, where tight challenging switch backs take you to the bottom of the valley. pipe dream is a gnarly, challenging climb when ridden in reverse which I highly recommend and if you make it through the switch backs. If you climb this trail pour yourself a glass of bourbon cause my good friend; You deserve it. The switchbacks add to the overpowering awesome. Pipe dream is a good way to avoid the steep hike-a-bike climb if headed the opposite way. 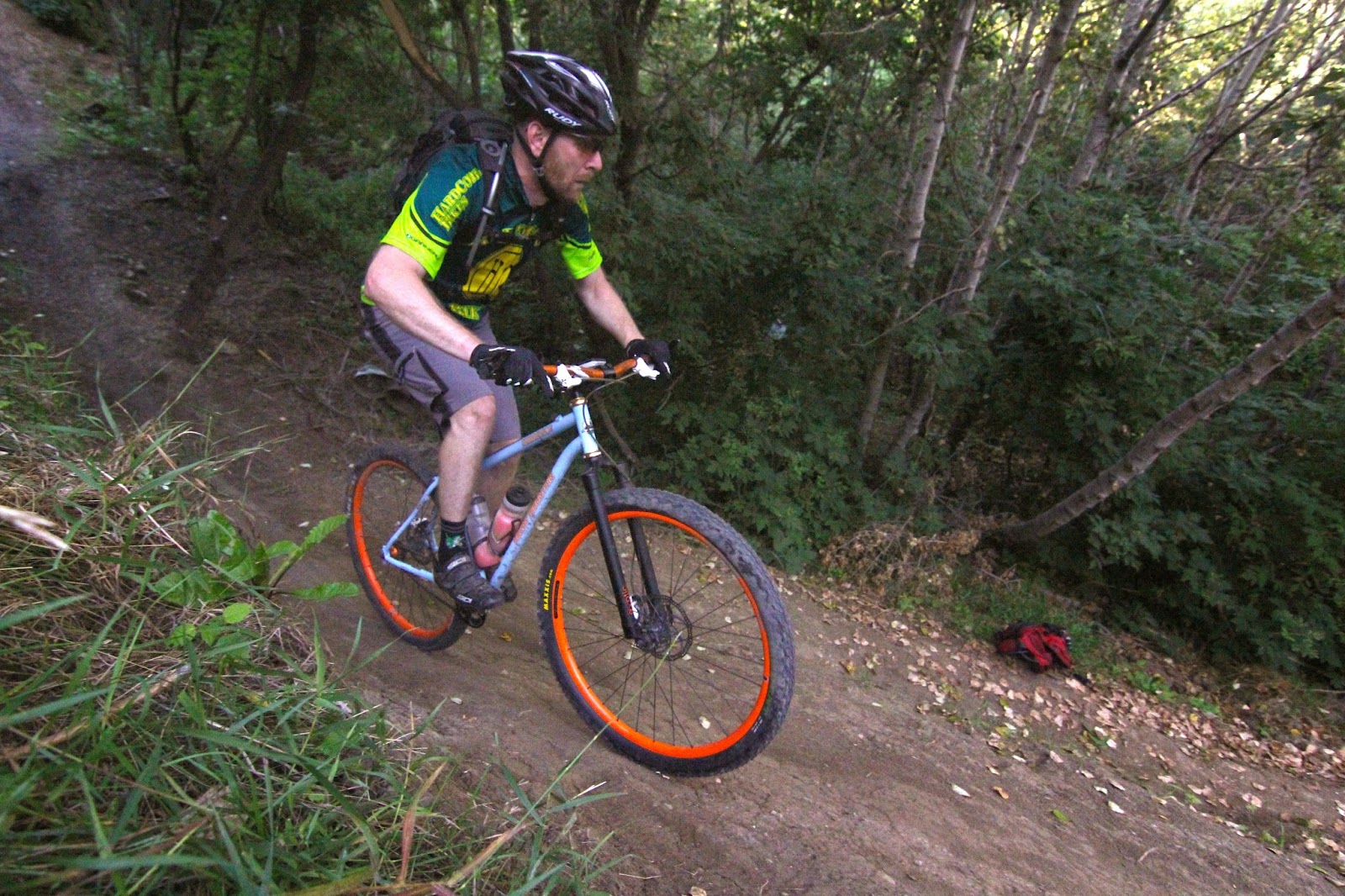 From Central Hall you can climb up a tight gravel road where at the top three short incredible trails and an abandoned old truck greet you. Wally, Pogey, and Pot Luck. The best of them all is no doubt Wally. A steep drop in followed by two fifteen foot wall rides and steep drops will take you back to Central Hall where you can climb back up and hit it again.... and again. keeping up the speed when hitting the walls is obviously crucial as you are almost sideways fifteen feet up in the air. Quite the awesome feeling. The above pic does not due it justice, being the photographer it was hard holding a spot and once both riders past a quick slide to the bottom ensued.

Pot Luck and Pogey have their gnarly bits and pieces which add to the awesome lustre of this trail system, yet don't hold much competition to their sister otherwise known as 'Wally."

This completes the top five Edmonton trails. Angry or confused at my picks? Please send me an email. These picks are from my experiences in the YEGBIKE valley. I would love to hear your top trails..
at November 13, 2014