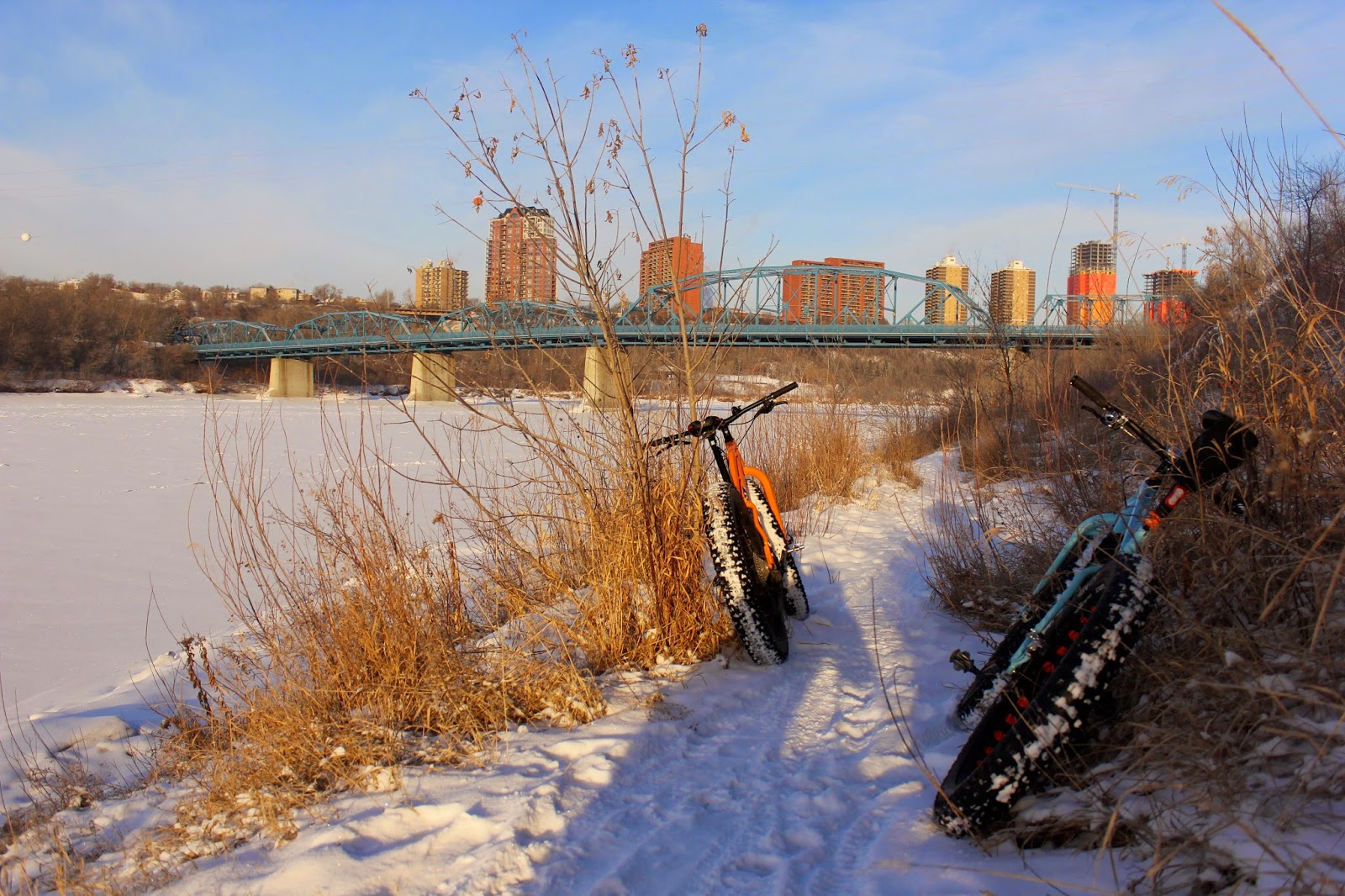 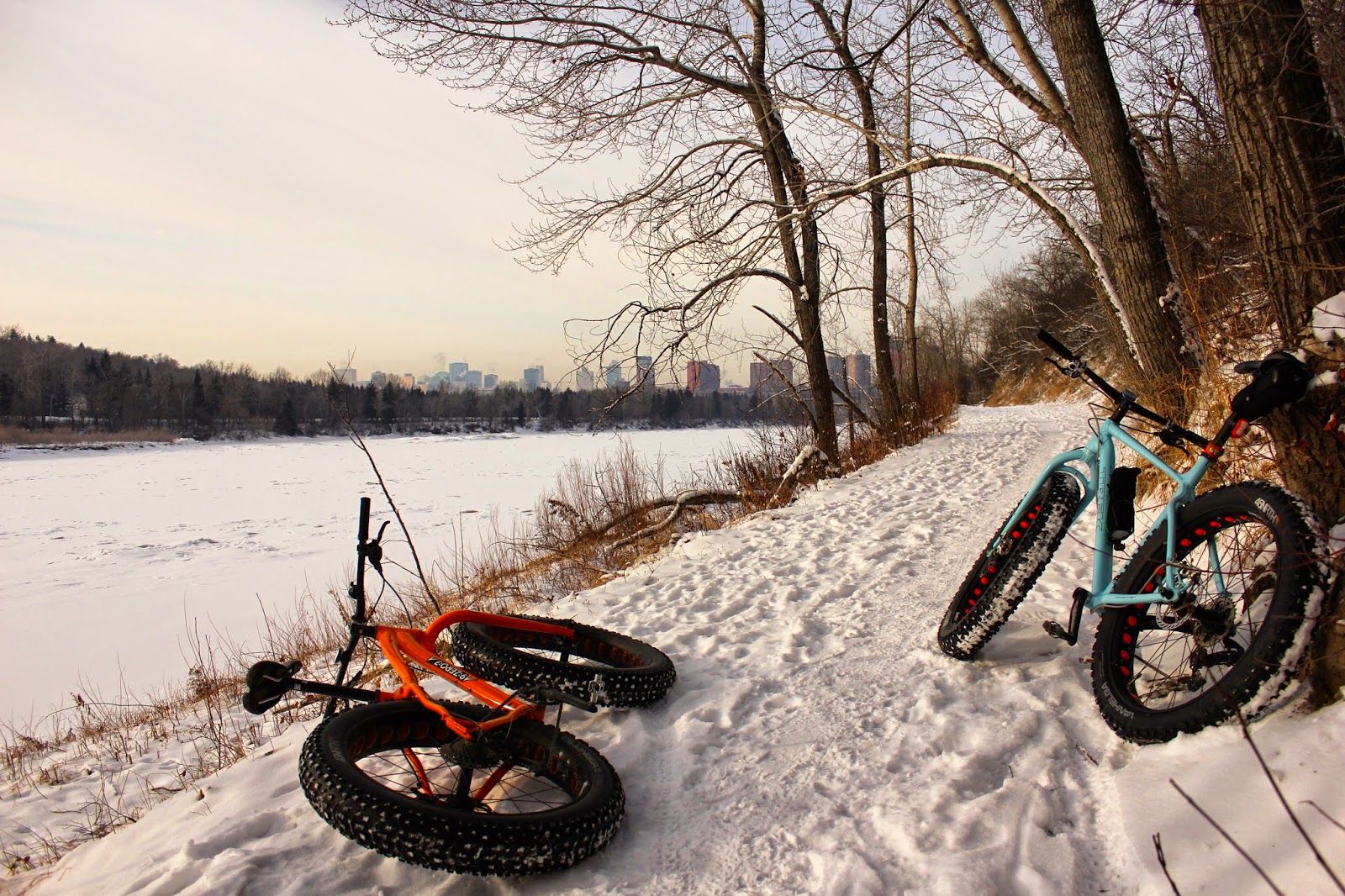 I like this tradition. The Seahawks playing in the Super Bowl and going for a ride in the morning to help alleviate pre game jitters. I think I will keep this tradition up every year going forward.

On a bitter cold morning the meet up was with Jason, and Gord. We pushed on through Mill Creek through much better trails than we had yesterday. The upper trails in Mill Creek were lots of fun as we plowed through the now hard packed but still somewhat fresh snow where signs that there are lots of people out riding.

At the Muttart, Gord had to throw in the towel as his feet were feeling the affects of the cold. A smart move as once your feet get cold. You are pretty much screwed for the rest of the ride. Me and Jason continued keeping it on the South side all the way to the ski hut at Gold Bar park.

The entire Southside of the valley was awesome, Caddyshack, Happy Ending, and others I don't know the names of were hit. After the ski hut break we crossed and that's where things fell apart for myself. I had nothing. No energy. These last four days have caught up to me in a big way.

A final stop in the warm up shack at Dawson. Scratch that! It was full of people. So off to the waterfront hut at Louise Mckinney. Power was restored slightly to my legs and the high trails in Mill Creek were ridden back home.
at February 01, 2015