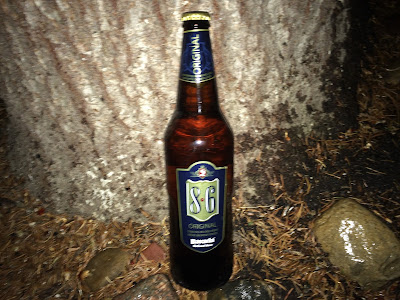 Beer Friday returns on a night when I have zero interns, beer pourers, bottle placement support team, the Internet brewery research team, and executives to supervise the going down of a review. The plan was to work through the night as any other but some rather inclement weather shut things down quite swiftly. Which was perfectly fine by me.

Bavaria 86 which is brewed in Lieshout. A small village in the Netherlands. I am sorry but that's all I can give you without the support of the Internet Brewery Research Team, or as I like to refer as I.B.R.T. So let's just say this brewery most likely kicks ass as they all do. Even the shitty ones. You hear that Molsons? I love you too.

I fought through the beer review pour after dropping two bottles and shattering the bottles on my fine heat controlled porcelain beer testing room lab floor. All thanks to not having my trusty beer pourers. Even though this review was spontaneous. Rest assured, there will be immediate firings starting Monday.

The beer finally poured fine after several attempts (I angrily typed that) and gave me a three fingered head that stood on top of a surprisingly golden sexy beer, given the bottle that made it look like a dark beer. What teasers these guys are!

The first taste wasn't all fireworks and a bit of disappointment filled the air. After several sips I was left with the remnants of angry carbonation, sweet fruits and a malty state that made me question my own beer review skills. Where do I put this one? Hard to say cause I loved it and hated it at the same time. What a fucked up thing to do to me on a night with no support.

This also seems watered down... Have I mentioned that? 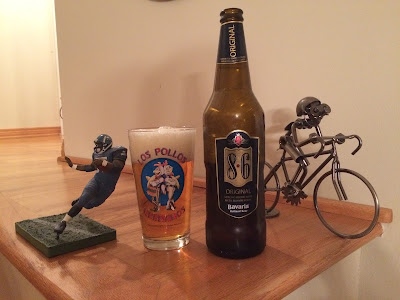